"Geologic Time" thematic residency programme at the Banff Centre for Art and Creativity in Alberta, Canada 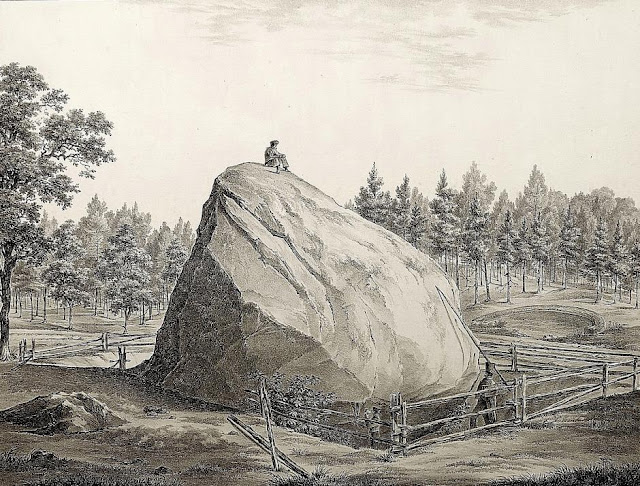 Julius von Schoppe (1795–1868), Illustration of giant stone near the Rauenschen Mountains near Furstenwalde, 1827, Lithograph, von Tempeltey.
Between September 11 and October 6, 2017, ten artists, researchers, writers and curators from around the world will ponder geological formations and stratigraphy, minerals, and resource extraction to speculate about a more expansive, slower and longer-term view of art, exhibitions, and institutions. The spectacular Rocky Mountains will not only be the backdrop, but the active participants.

Through fieldwork, seminars, and independent study, 'Geologic Time' participants will be “thinking with” geology (beyond the depiction of landscape) as a potential way to consider non-conventional, deep-time perspectives on curating, exhibition making, programming, and fieldwork within contemporary art.

"Geologic Time" is a thematic residency programme of the Banff International Curatorial Institute, Visual + Digital Arts organised by the Banff Centre for Art and Creativity in Alberta, Canada. Within the framework of the residency Latitudes curated the group exhibition "4.543 billion. The matter of matter" at the CAPC musée d’art contemporain de Bordeaux, France, on view until January 7, 2018. 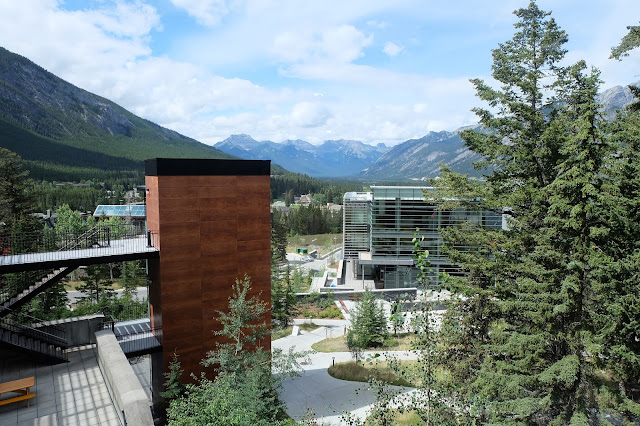