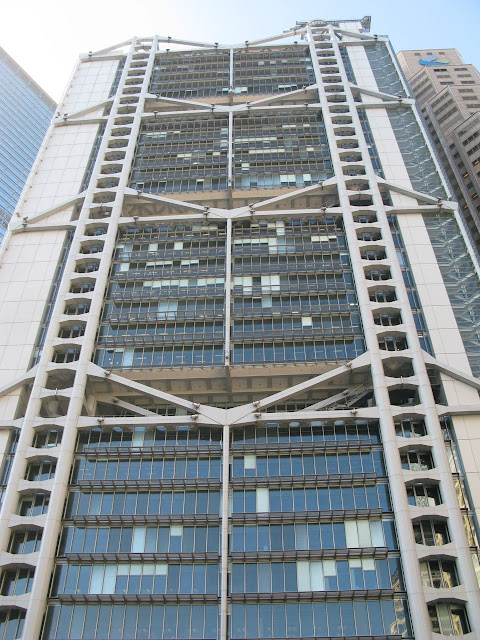 The HSBC building has a large wide-open area (i.e. the Statue Square) in front of it, with no other large buildings blocking the view of Victoria Harbour – thus a big plus point for good feng shui. 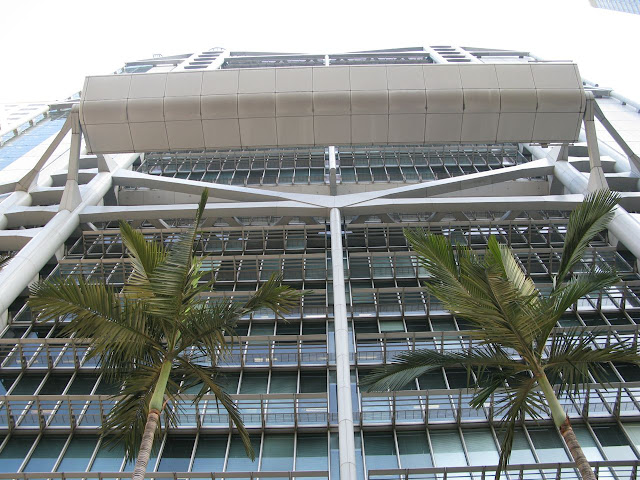 Natural sunlight makes its way inside the building via a movable platform regulated by a computer which directs sunlight towards giant mirrors at the top of the atrium. 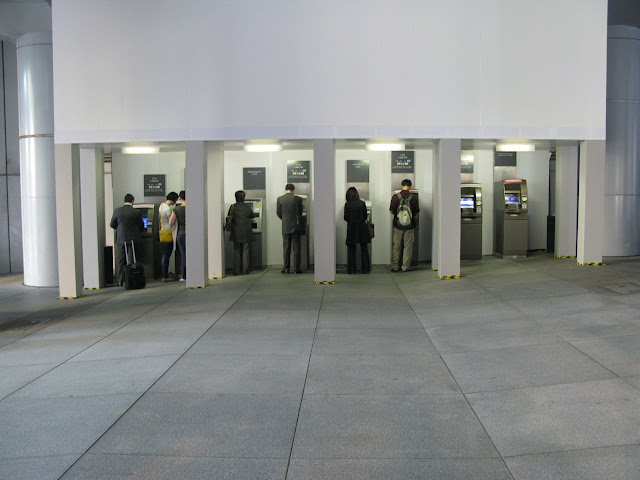 ATMs in the atrium. 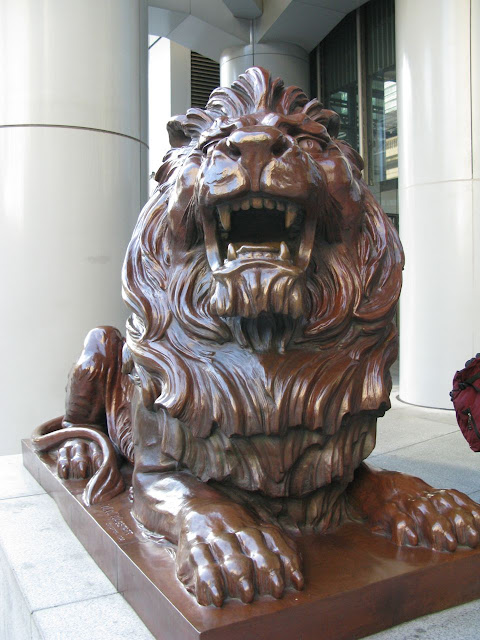 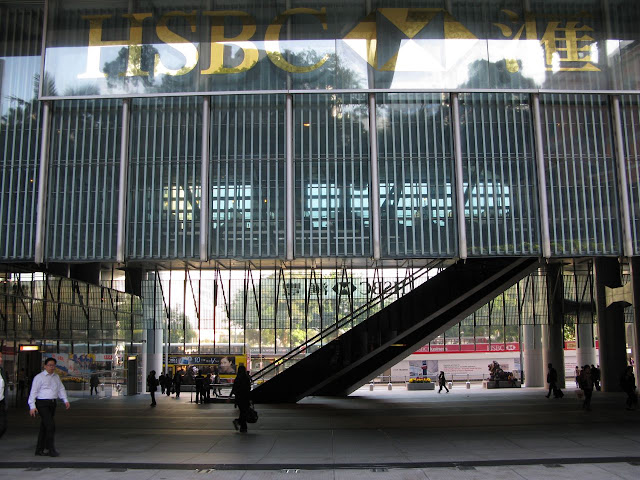 Two escalators access the building; three after the first floor (4 is a superstitious number as, when pronounced in Cantonese it sounds like the word for "death", hence the building doesn't have floors 4, 14 or 24). 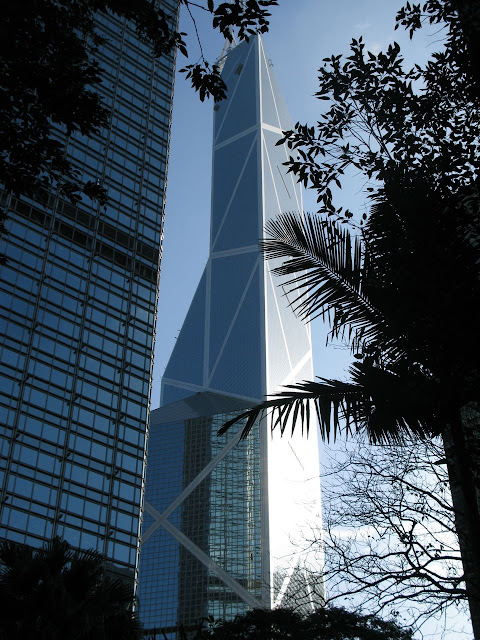 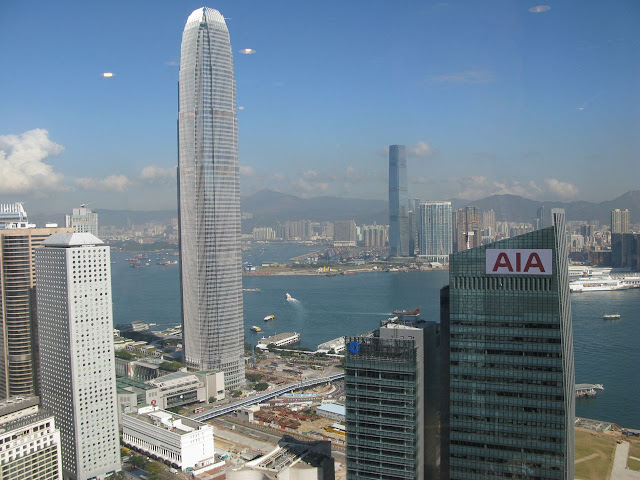 View from 43rd floor of Bank of China Tower towards West Kowloon. 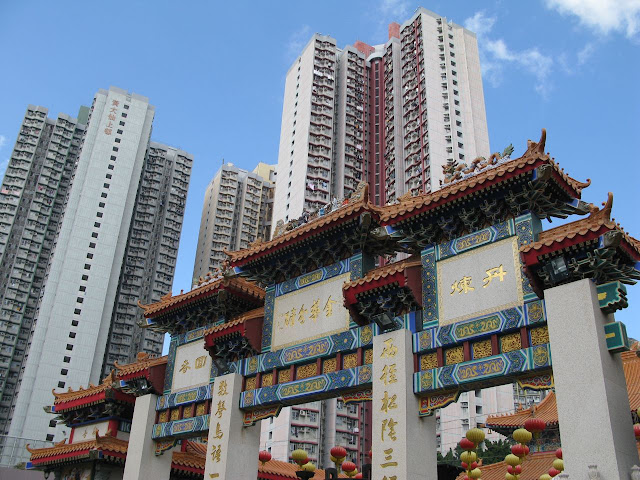 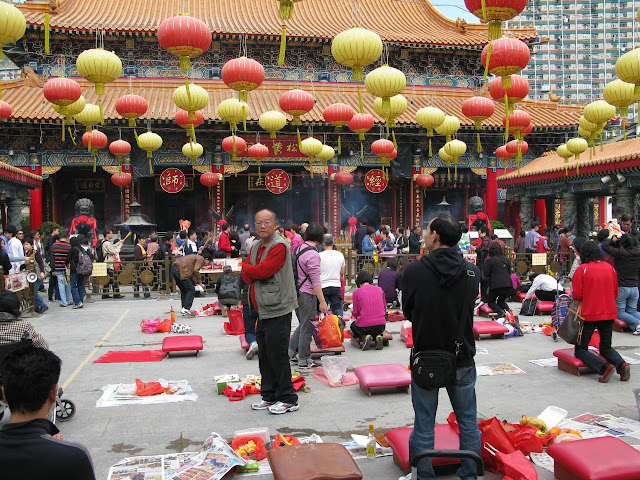 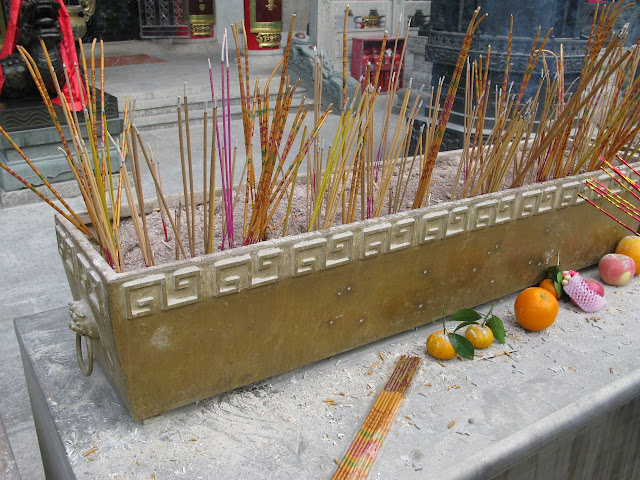 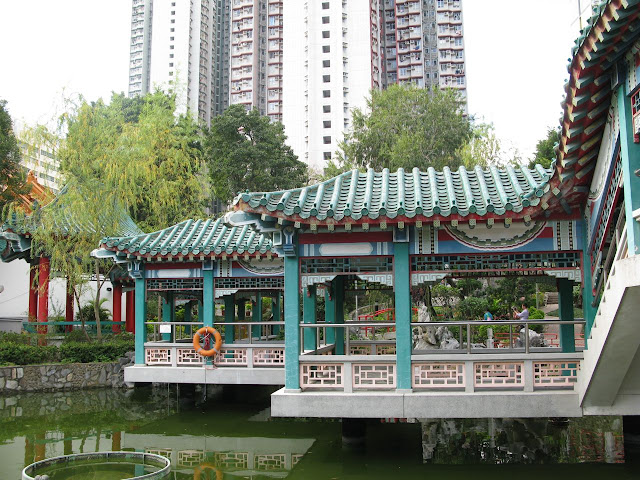 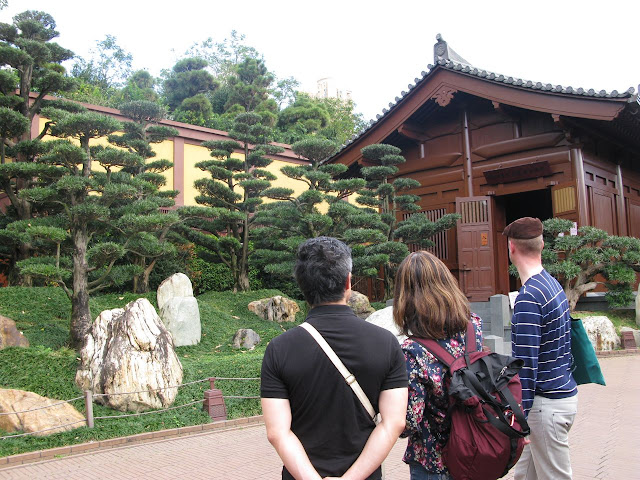 Nan Liam garden built in the style of a Tang Garden. 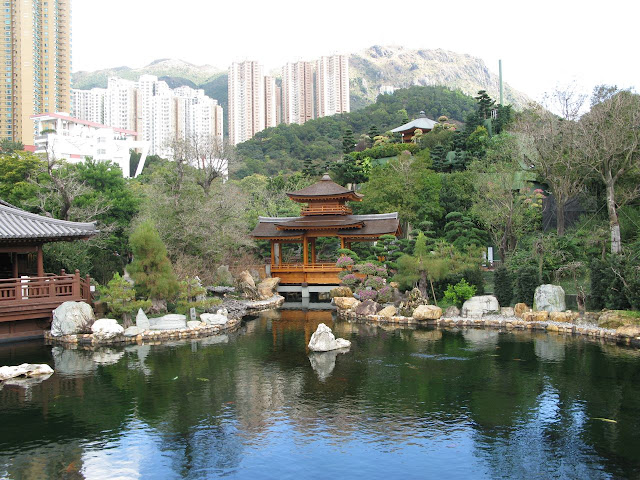 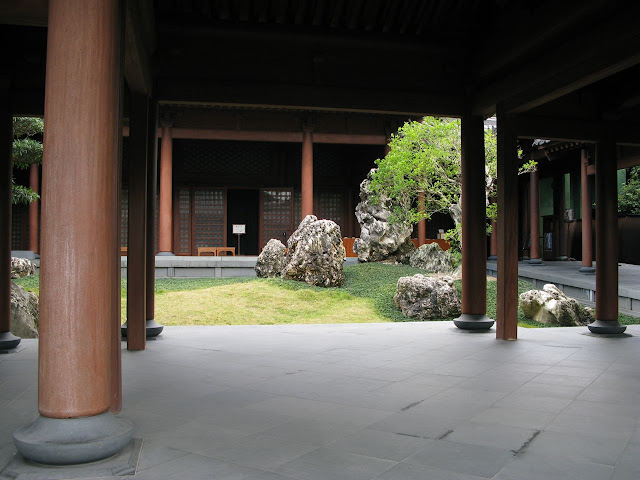 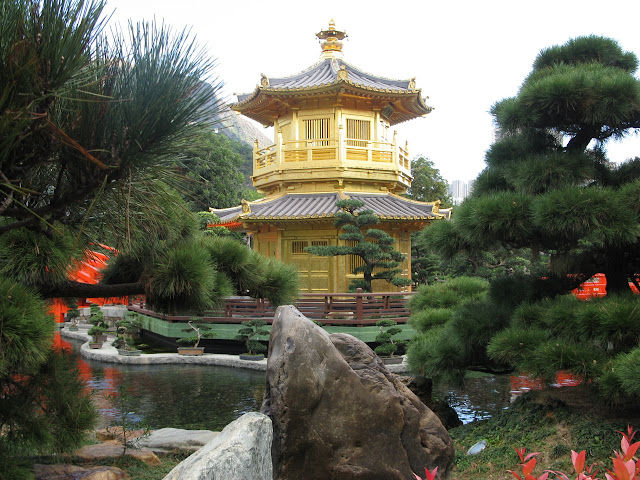 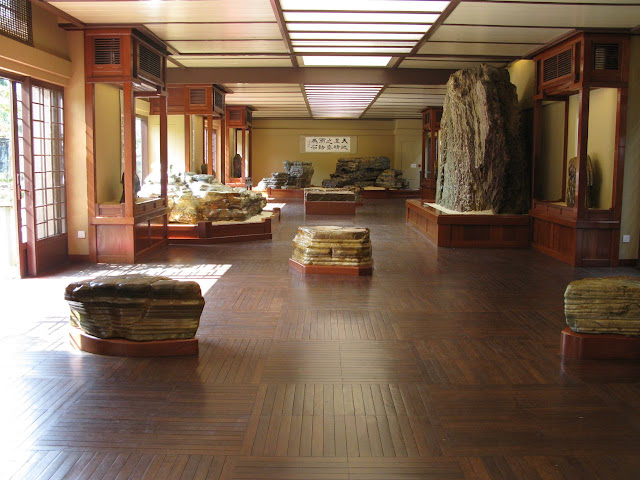 The Rockery gallery in Nan Liam garden, "a collection of rocks excavated from the Red River in its stretch through Dahua County in Guangxi Province, China." 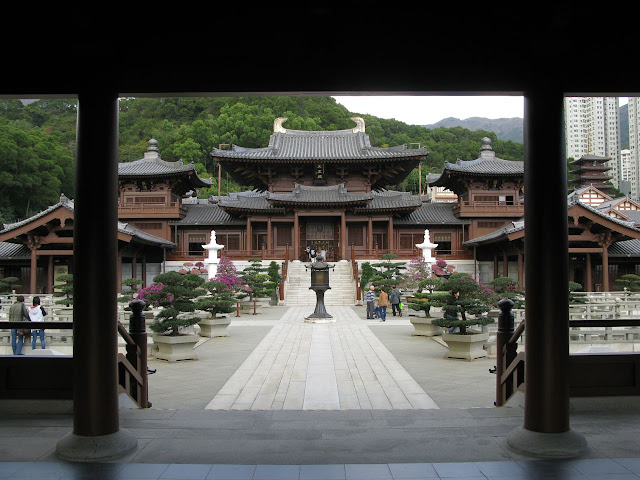 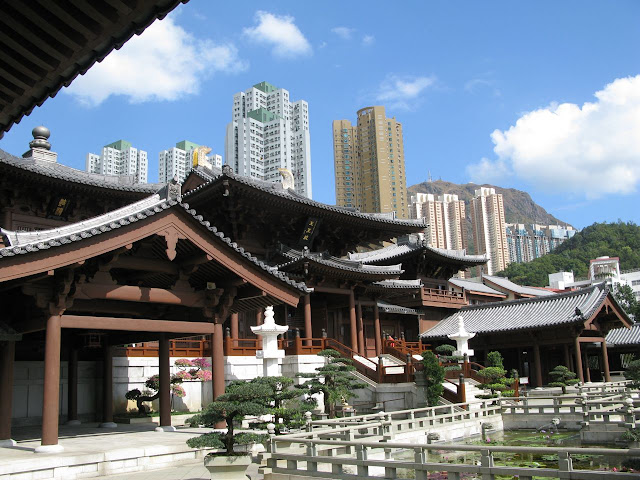 The Buddhist temple at the Chi Lin Nunnery. 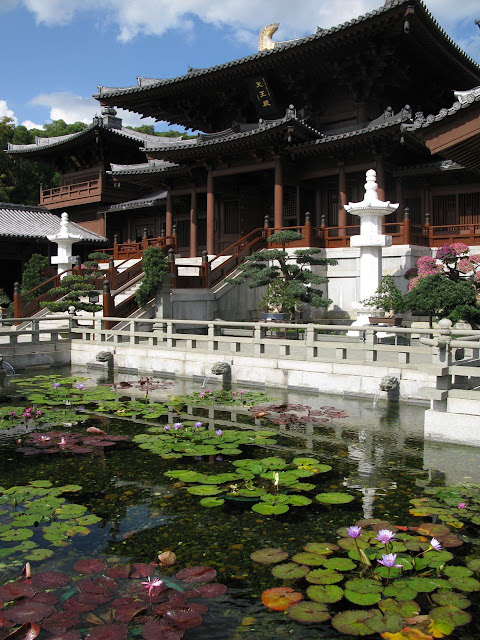 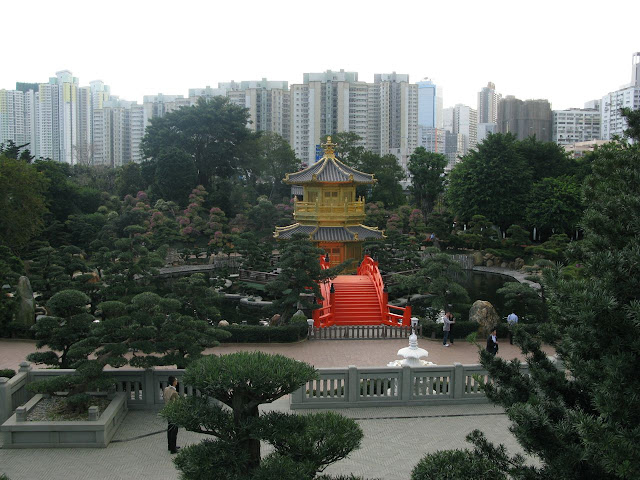 View of the Japanese-style pagoda from the Buddhist temple at the Chi Lin Nunnery.

To complement the tour, please check the archive with tweets, sound recordings and more.
Moderation(s) is a year-long programme occurring throughout 2013 between Witte de With, Rotterdam, and Spring Workshop, Hong Kong.
–