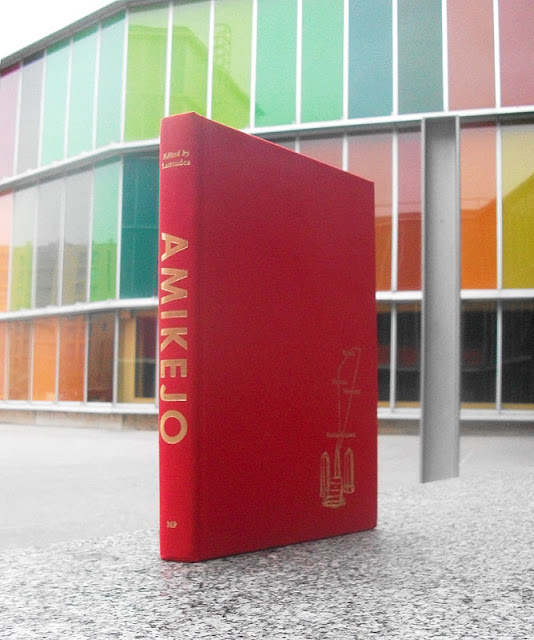 
As advanced in previous posts, the publication includes essays by:
Peter Osborne (Professor of Modern European Philosophy and Director of the Centre for Research in Modern European Philosophy at Kingston University London) text "‘Fragments of the future’: Notes on project space" centres on the idea of ‘project space’ as a peculiar one insofar as it characterizes a type of space wholly by its appropriateness for a particular kind of temporalization: the temporalization of the project. What is the distinctive spatialization corresponding to this? And how is it affected by the specifically artistic coding of a project?;

Ryszard Żelichowski (Professor and Director for Scientific Research at the Institute of Political Studies of the Polish Academy of Sciences) text "Neutral Moresnet and Amikejo – The Forgotten Children of the Congress of Vienna" offers an overview of how Neutral Moresnet (the state 'renamed' Amikejo in 1908) came into existence;

Theo Beckers (Former Professor of Leisure Studies at Tilburg University and currently faculty member of the Tilburg Sustainability Center and Visiting Professor of the Chinese Academy of Sciences) text "Free time. The rise and fall of a social project" traces western society’s relation to work and time, from Seneca the Younger, through the rise of the factory and Frederick Winslow Taylor's 'The Principles of Scientific Management' (1911), to today's blurring of labour and leisure;

Menno Schilthuizen (Research scientist at NCB Naturalis, an endowed chair for Insect Biodiversity at the University of Groningen and an Associate Professor at Leiden University) contributed a text "On Mirror Images in Nature: How Identical Forms Can Be Completely Different" reflects on Uqbar's exhibition centered on chirality: on how in asymmetric animals and plants, sometimes both mirror-image forms exist side by side, but sometimes only one exists, the other being "forbidden";

as well as texts on each project by exhibition curators Latitudes, reprints by Giorgio Agamben ('Notes on Gesture', 1996) and Georges Perec (excerpts from "Species of Spaces and Other Pieces Gesture", 1974), installation views and biographies of the participating artists.