Tour of Devil's Peak and the Museum of Coastal Defence

On 30th January, Latitudes joined the "Devils's Peak and Museum of Coastal Defence" tour organised by Walk Hong Kong and led by former British Army officer and War World II specialist Martin Heyes, who has lived in Hong Kong for nearly 40 years. Heyes is a passionate and insightful guide for anyone interested in the context and details of the 1941 Japanese invasion of Hong Kong.

Following are excerpts of text from Walk Hong Kong website and images of our route. 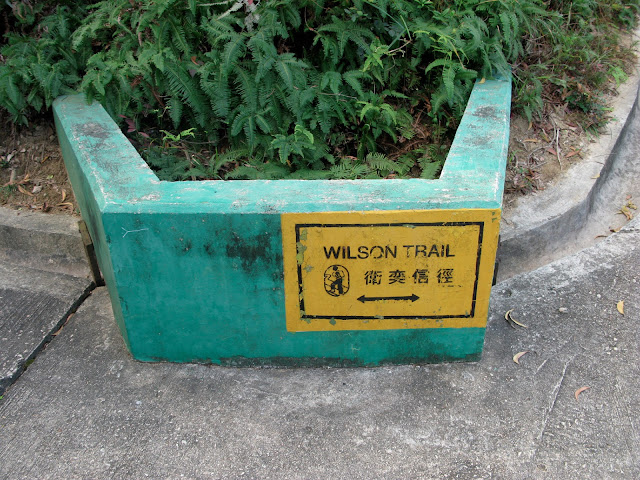 Wilson Trail up to Devil's Peak.
"At the end of the 19th century, and early into the 20th, the British authorities were very concerned about perceived threats to the safety of their colonial possessions in the Far East from other European powers. Hong Kong fell into this category. Accordingly, the British Government constructed impressive military fortifications to protect their imperial possessions and one of these was at Devil's Peak at the eastern extremity of the Kowloon peninsula." 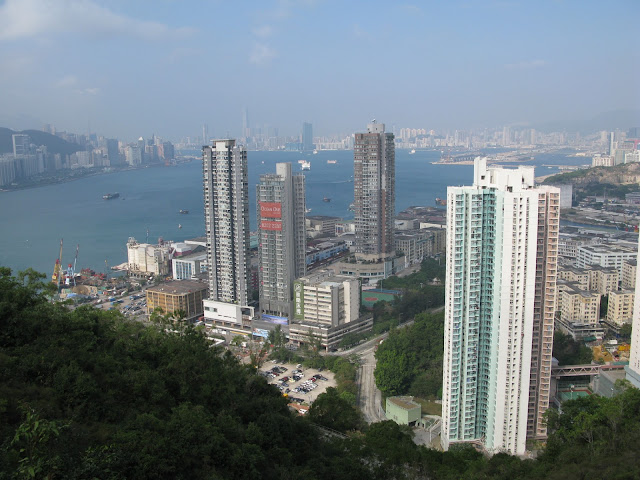 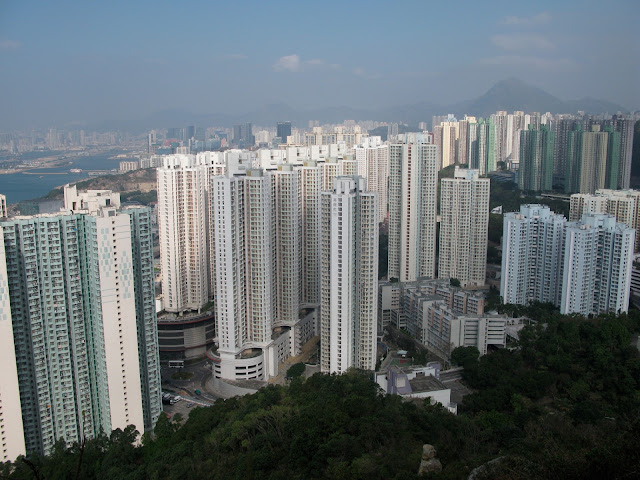 "The large fortification constructed to defend the eastern approaches to Hong Kong harbour consisted of 2 fixed gun battery positions, together with a Redoubt at the summit of Devil's Peak which later became the Fire Command Headquarters for the eastern part of Hong Kong." 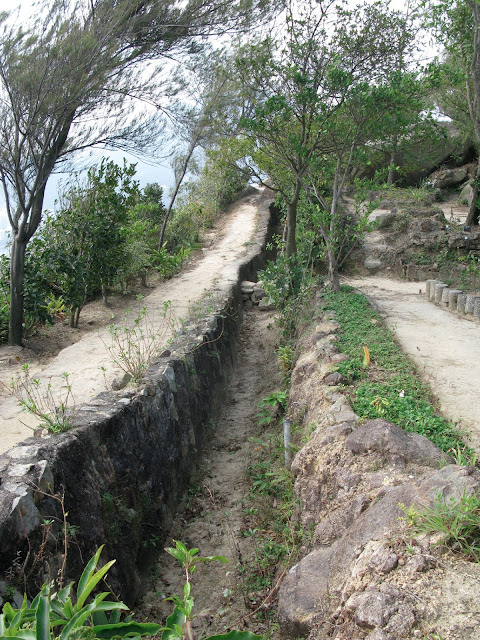 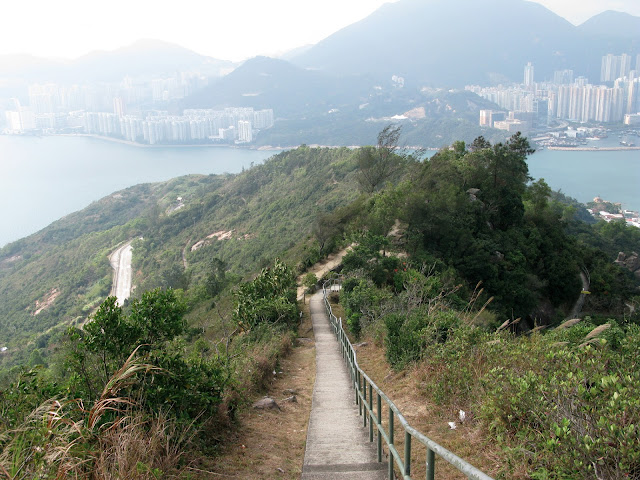 View from Devil's Peak Redoubt.
"Although the position was eventually considered redundant and was in fact decommissioned before the outbreak of the Pacific War, the location was the scene of bitter fighting between the courageous Indian soldiers of the Rajput Battalion and the attacking Japanese army during the battle for Hong Kong in December 1941, immediately prior to the British evacuation of the mainland to Hong Kong island." 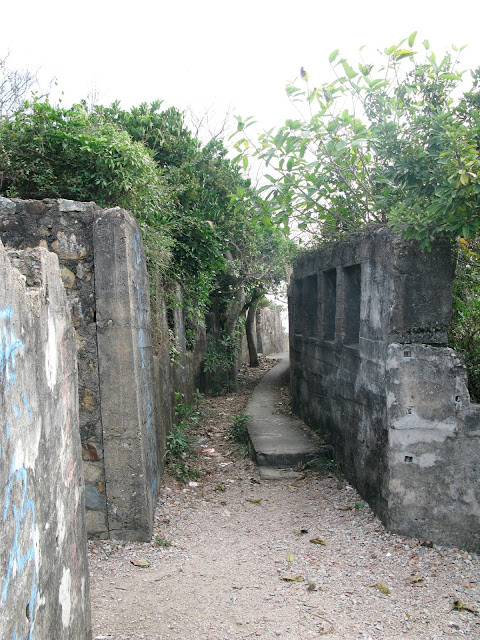 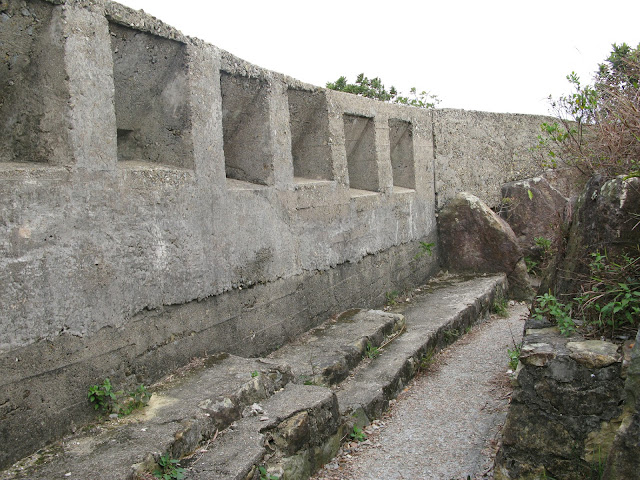 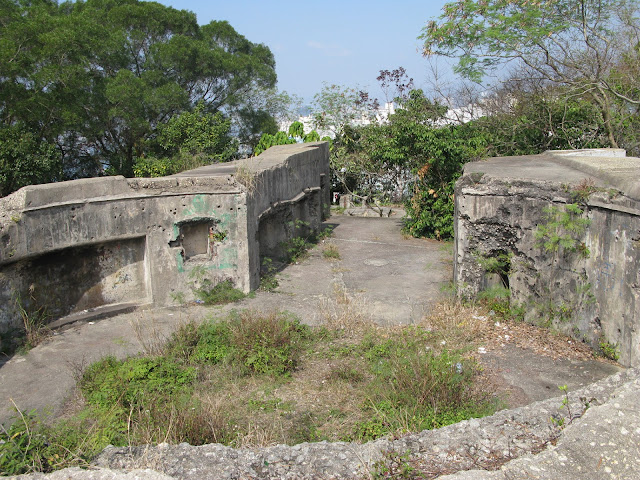 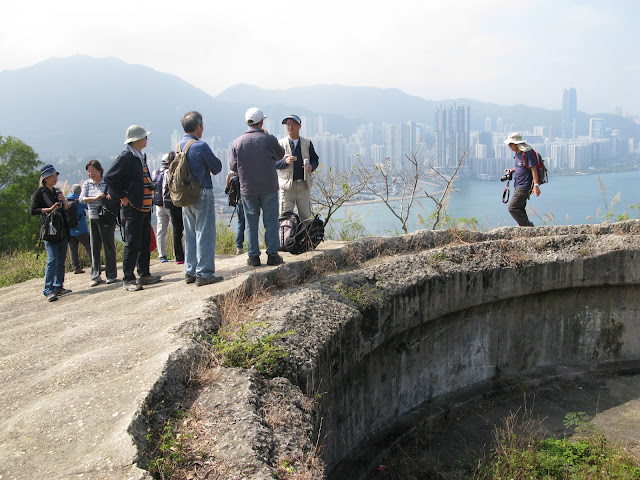 Gough battery.
"Following our visit to the gun battery position on Devil's Peak, we walk down through the seafood restaurant area of Lei Yue Mun to catch the ferry to Sai Wan Ho on Hong Kong island. A short taxi ride then brings us to the Museum of Coastal Defence, housed inside the late Victorian-era Lei Yue Mun Fort." 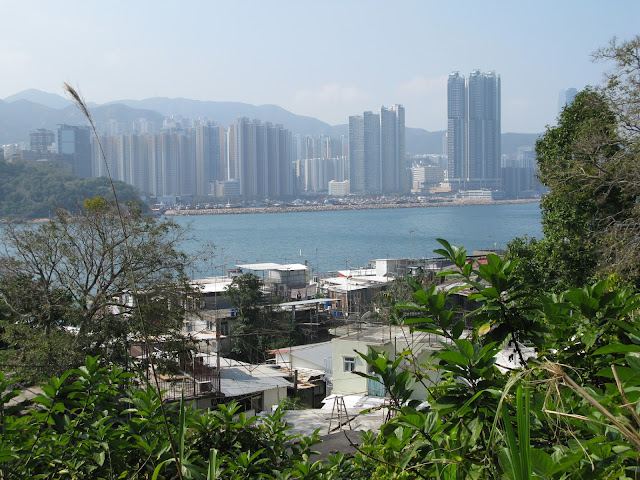 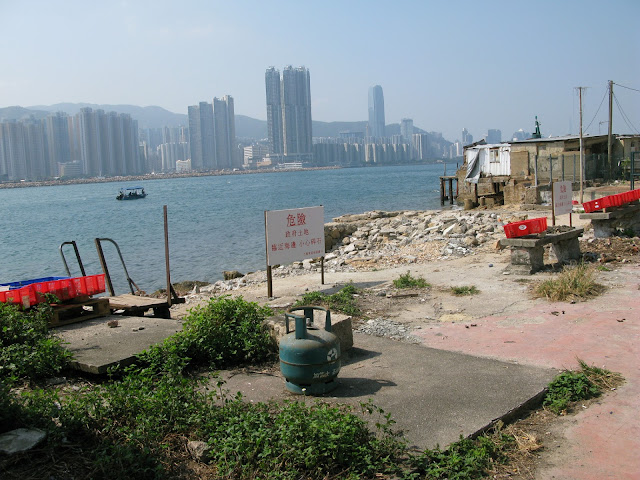 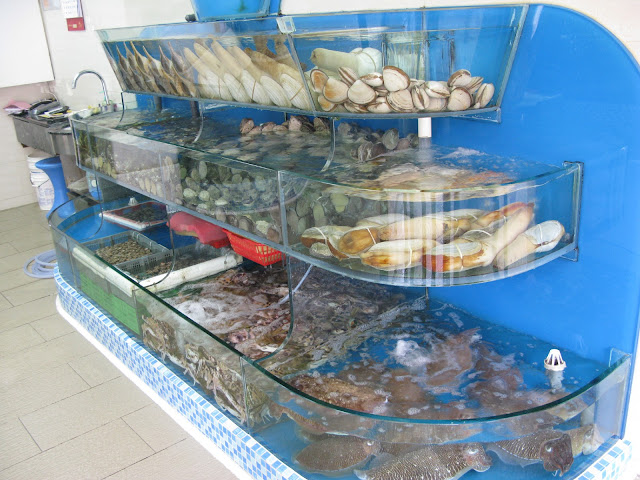 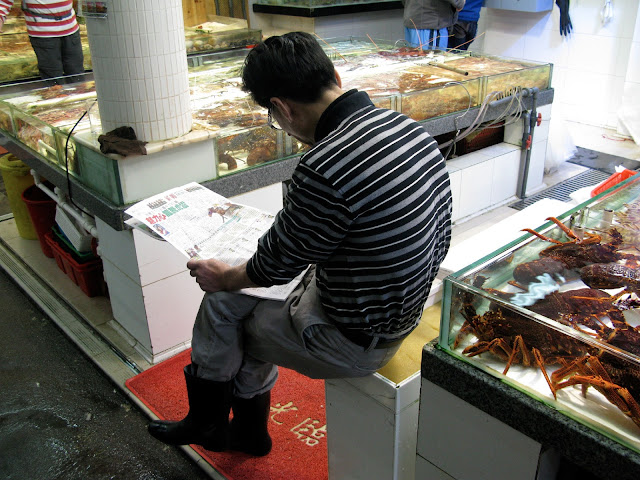 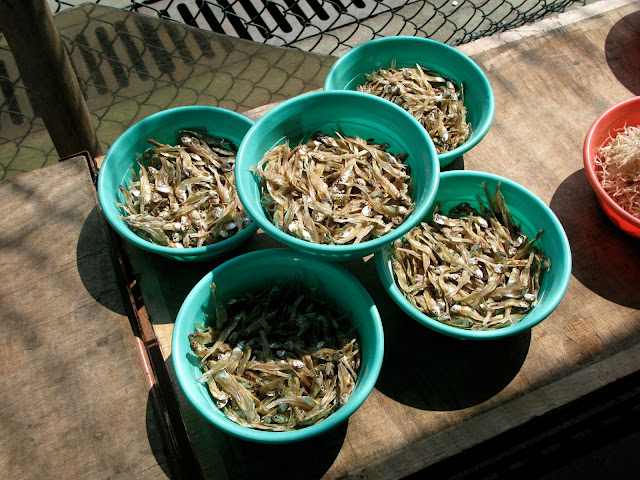 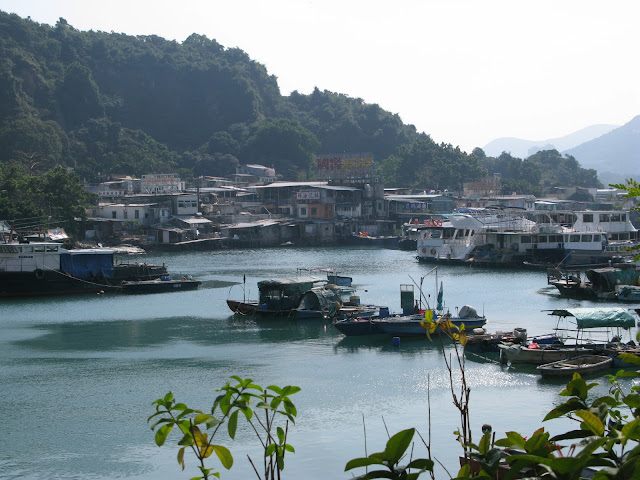 Lei Yu Mun bay.
"The fort occupied a strategic position guarding the eastern approaches to Victoria Harbour. The British military built barracks here as early as 1844, but these were abandoned shortly afterwards. In 1885, in the face of perceived aggrandizement from other European powers, artillery barracks were constructed with a redoubt at the core of the fortifications." 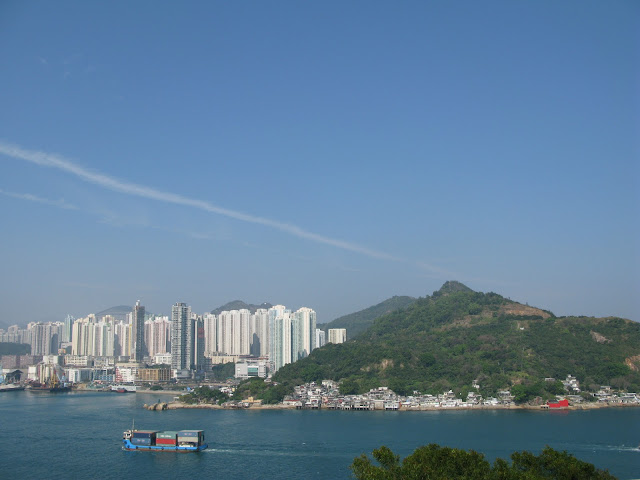 Devil's Peak (right) seen from the Museum of Coastal Defence. 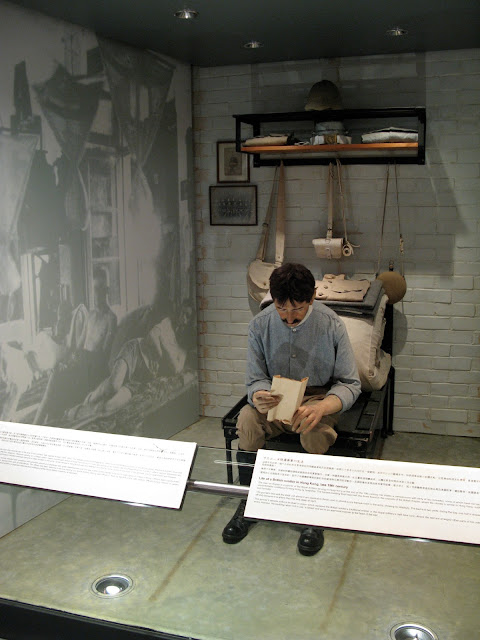 Display in the Museum of Coastal Defence showing the life of a British soldier in the 19th Century. 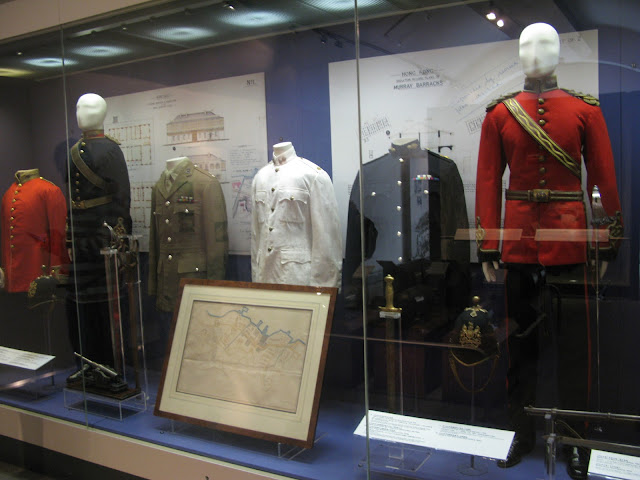 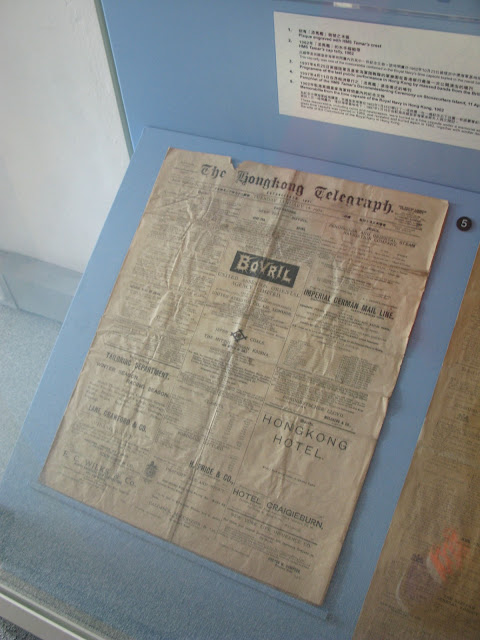 The Hong Kong Telegraph from January 1902 – including a prominent ad for beloved Brit product Bovril. 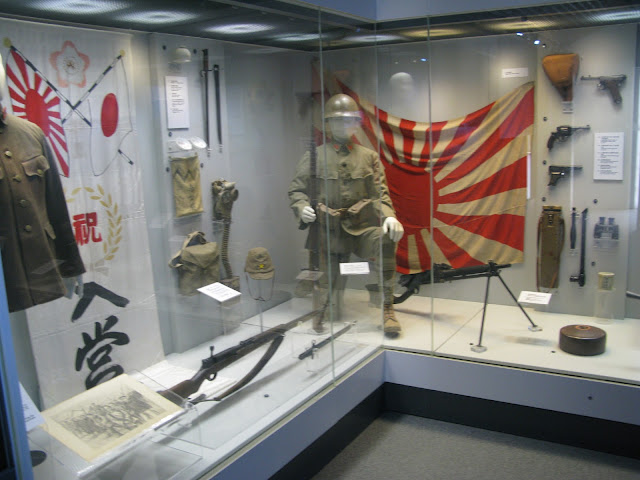 To complement the tour, please check the Social media archive with tweets, sound recordings and photo-documentation.
Moderation(s) is a year-long programme occurring throughout 2013 between Witte de With, Rotterdam, and Spring Workshop, Hong Kong.
–