Lawrence Weiner's THE CREST OF A WAVE tote bag in the Tate Archive and exhibited at The McManus Museum and Galleries, Dundee 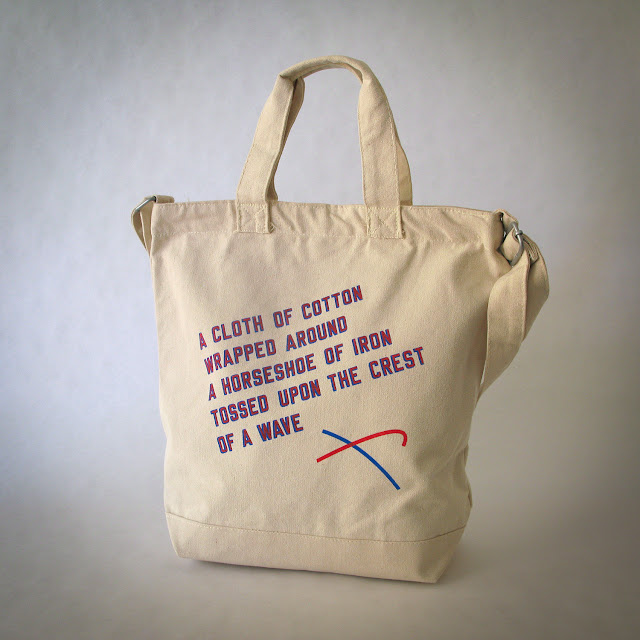 Limited edition tote bag designed by Lawrence Weiner in 2015. Photo: Latitudes.
We're delighted to share that Latitudes' limited edition tote bag, exclusively designed by Lawrence Weiner to commemorate Latitudes' 10th anniversary in 2015, is now part of Tate Archive.
Latitudes' donation is presented as part of Tate's "ARTIST ROOMS: Lawrence Weiner" exhibition, on view from November 2, 2018, at The McManus Museum and Galleries in Dundee, Scotland, until February 17, 2019.
ARTIST ROOMS is a touring collection of over 1,600 works of modern and contemporary art. The collection is displayed in museums and galleries across the UK and is jointly owned by the National Galleries of Scotland and Tate. 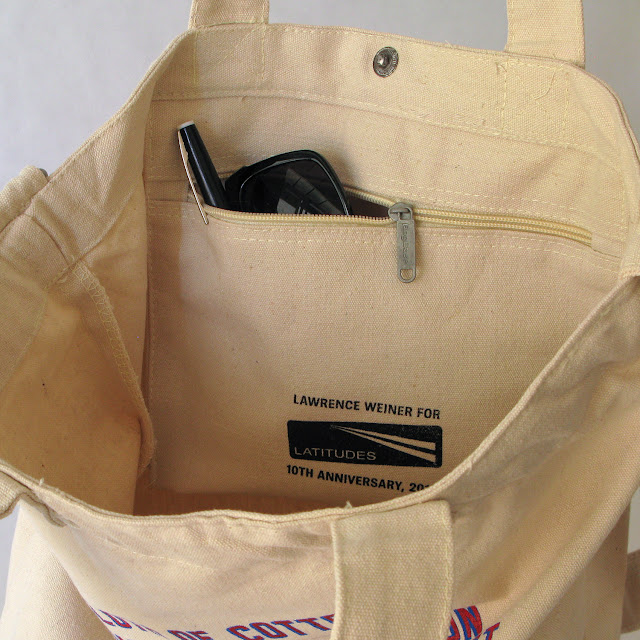 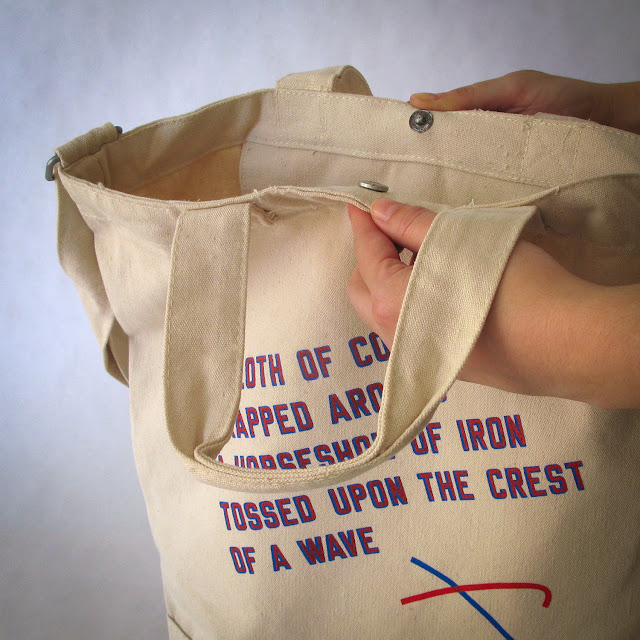 Photos: Latitudes.
The Dundee presentation will include the limited edition tote bag and three sugar sachets with the striking typographic rendition of the statement "A CLOTH OF COTTON WRAPPED AROUND A HORSESHOE OF IRON TOSSED UPON THE CREST OF A WAVE" in Catalan, Spanish, and English, the latter first commissioned in 2008 as part of Weiner's solo exhibition at the Fundació Suñol, Barcelona.
A booklet of the exhibition, the invitation card, and an audio rendition of the statement (the track can be listed to here) based on a track by Ned Sublette and The Persuasions are also featured in Dundee. 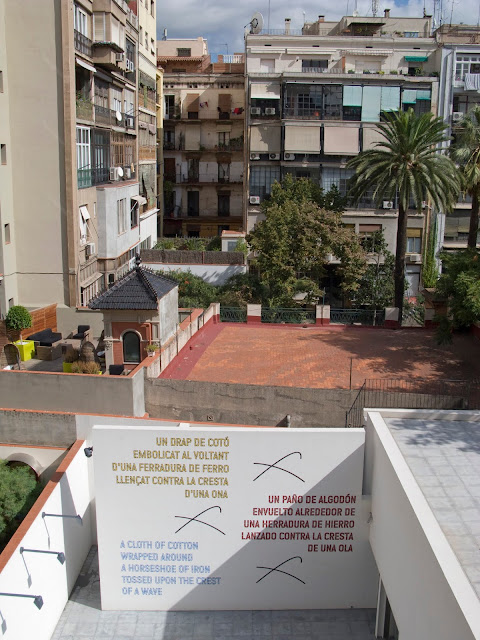 (Above and below) Installation of Lawrence Weiner's "THE CREST OF A WAVE" at Fundació Suñol, Barcelona, October–November 2008. Photo: Latitudes. 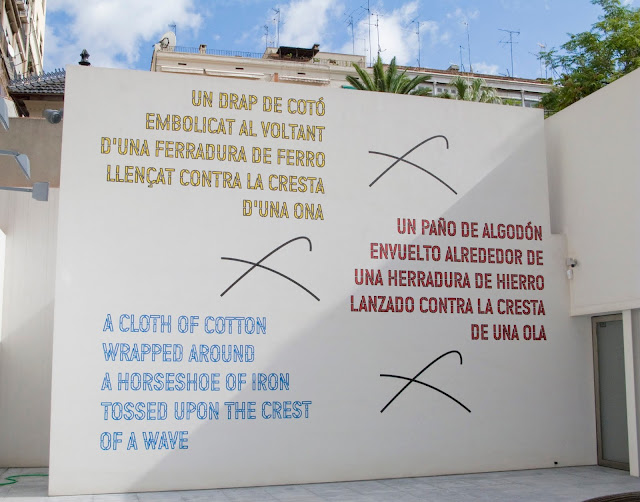 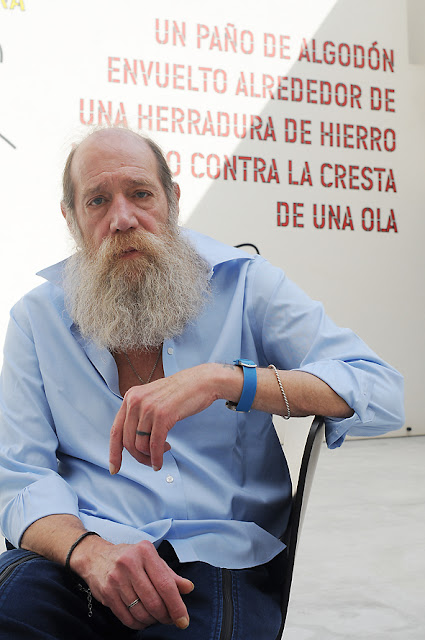 Weiner with his work at the Fundació Suñol. Photo: Jean-Pierre Moulis. 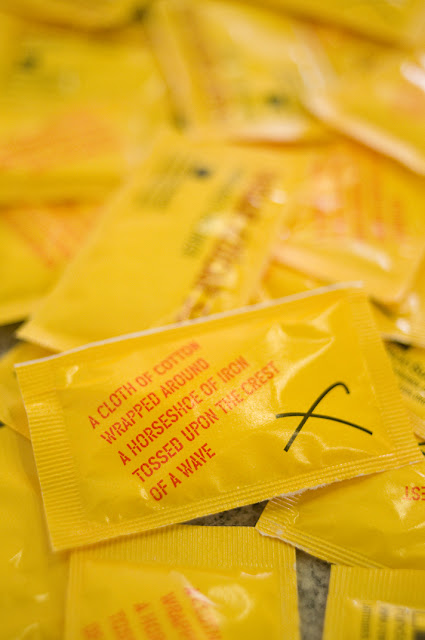 One part of Lawrence Weiner's ‘THE CREST OF A WAVE’ project at the Fundació Suñol in 2008 consisted of an ephemeral sculpture distributed a few days prior to the exhibition opening. 300,000 7-gram sachets of sugar were printed and distributed throughout the most emblematic cafes around Barcelona. Photo: Latitudes. 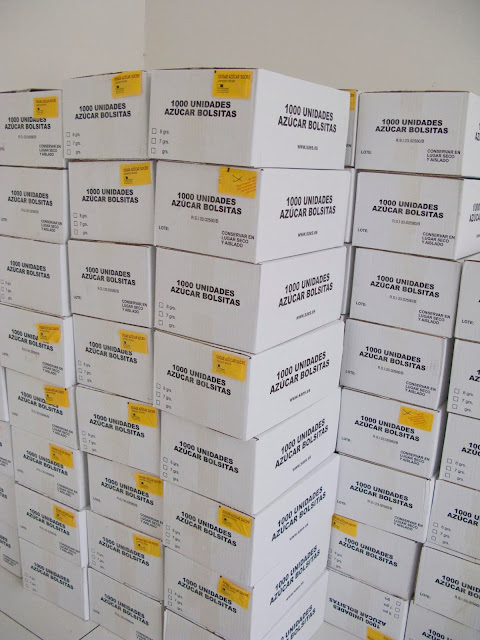 Front and back of the 7-gram sugar sachet with Weiner's statement. 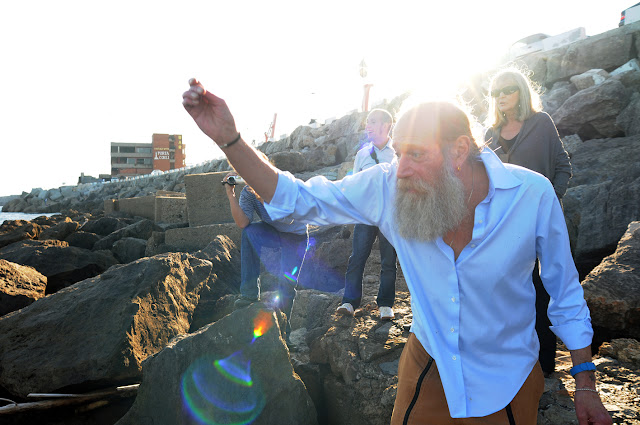 (Above and below) The last element of the project manifested as an intimate event realised by the sea during the opening week: an iron horseshoe was wrapped in a cotton cloth and was tossed upon a wave’s crest. Photos: Jean-Pierre Moulis. 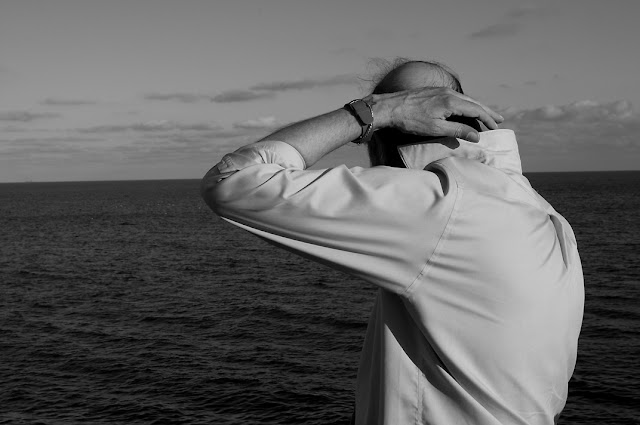 "Influential conceptual artist, Lawrence Weiner uses language as his medium. His text work takes many forms, but the core principle remains the same – his ideas should not be confined to the gallery but taken up by the viewer.
Adopting this principle, The McManus has worked with the artist to present his texts in different forms. One cycle of wall texts will be presented in Scots – translated by distinguished author James Robertson. Texts, a selection of posters, drawings, artist books, and ephemera will also be installed within museum displays around the building – the text resonating alongside Dundee’s rich collections of natural history, archaeology, world cultures, industrial machinery and the spectacular architecture of The McManus itself." (text from Tate's website) 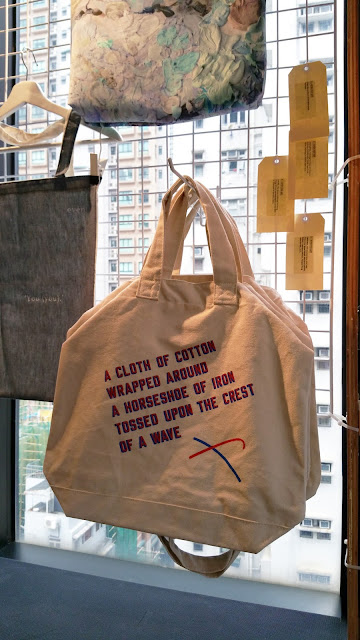