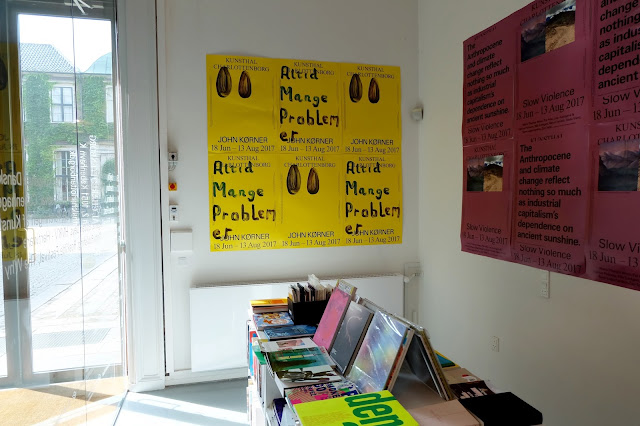 Exhibition poster of "Altid Mange Problemer" at Kunsthal Charlottenborg, Copenhagen, Summer 2017. Photo: Latitudes.
Last Summer, Max Andrews of Latitudes was invited to contribute an essay for the forthcoming monograph of John Kørner's work published by the Danish editorial Roulette Russe and designed by Spine Studio. The publication is out now and includes essays by Max, London-based writer Oliver Basciano, and a conversation between the artist and Marie Nipper, curator of John's recent mid-career exhibition in Kunsthal Charlottenborg, Copenhagen.
The 280-page bilingual Danish/English monograph will be launched on March 2, 2018, at 4:30pm, in Kunsthal Charlottenborg's Apollo Kantine, though it will become available for online orders from February 26. 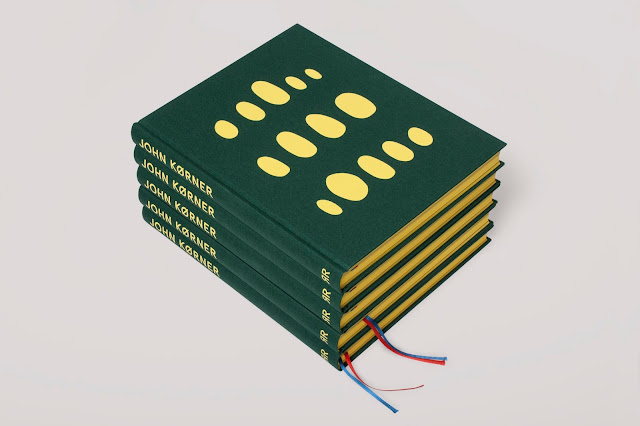 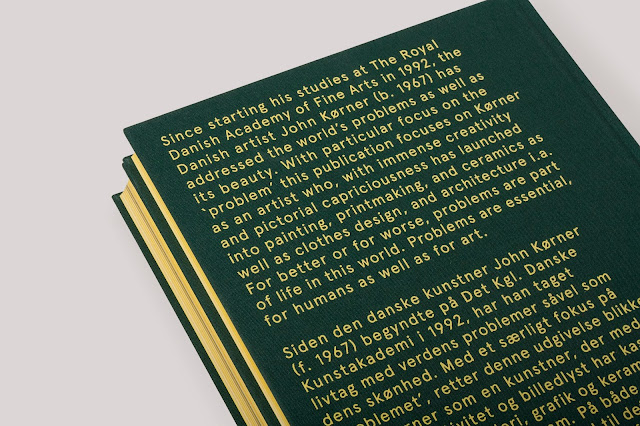 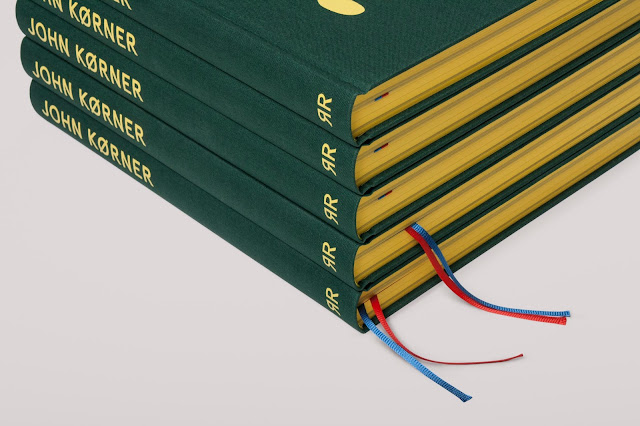 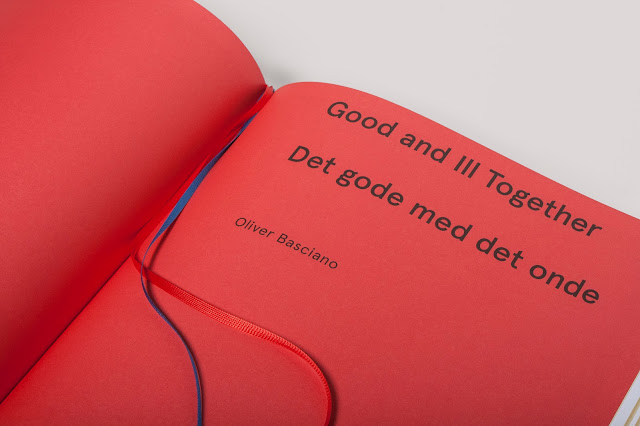 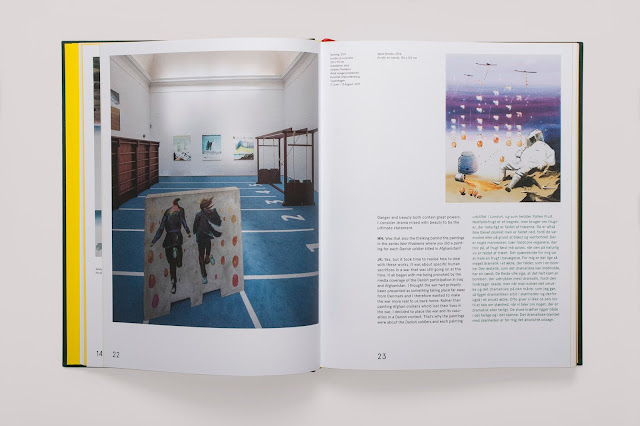 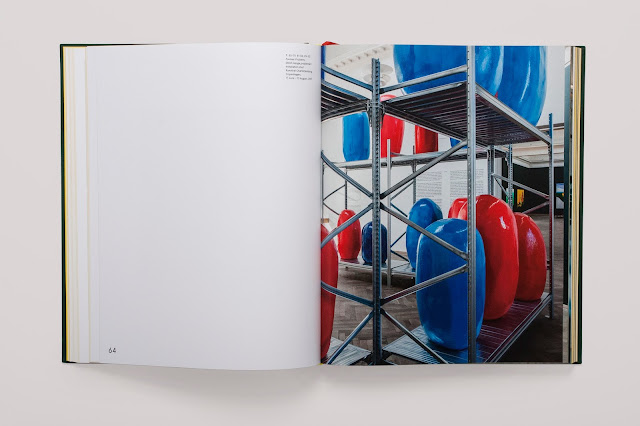 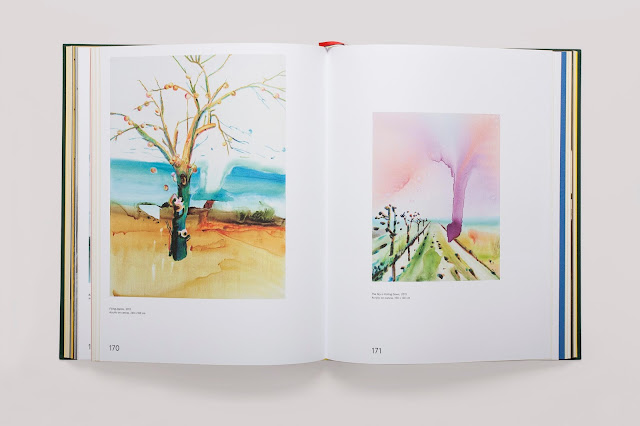 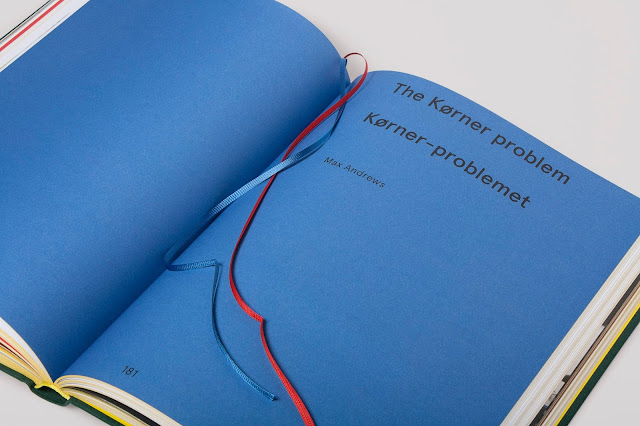 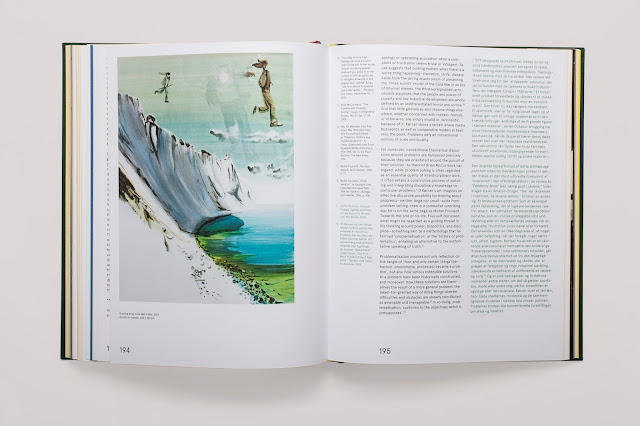 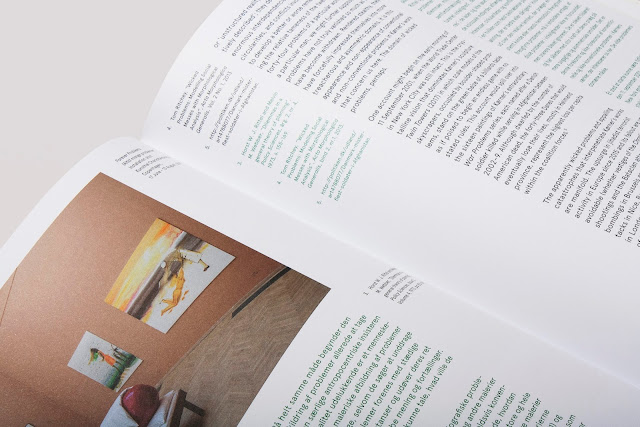 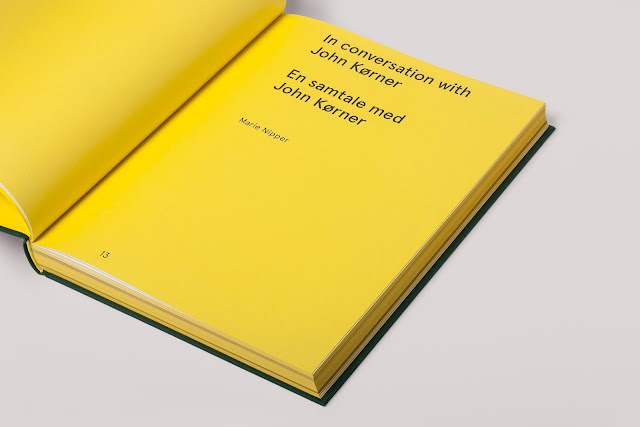 In his essay, Max tries to define what "The Kørner problem” (the title of the essay) might be:

(...) "The apparently ‘wicked’ problems and appalling catastrophes that interpenetrate Kørner’s works are manifold. The upsurge in jihadist terrorist activity in Europe since 2015 and its fallout are unavoidable (whether vestiges of the Charlie Hebdo shootings and the Bataclan attacks in Paris, suicide bombings in Brussels and Manchester; or truck attacks in Nice, Berlin, Barcelona; rampaging attacks in London, and so on). The civil war and the rise of ISIL (ISIS, Daesh) in Syria and the exacerbating effects of climate change and mega-drought that affected the region are inescapable. The European debt and migrant crisis are here. Yet elsewhere Kørner also brings to mind what at first seem like unrelated problems: the 2011 Tōhoku tsunami and the calamity of the Fukushima nuclear power plant meltdown, human trafficking, et cetera, states of exception that seem to confirm that the problem is evermore radical, atrocious, ungrounded—more diffuse while remaining intractably real. American pop star Ariana Grande knows this as well as Kørner. Released in spring 2014, three years before the suicide bombing of her concert at Manchester Arena, her most successful single to date is titled “Problem”. We are witnessing new kinds of wicked problems and Kørner paints accordingly."

In preparation for the catalogue essay, in July 2017 Latitudes visited Kørner's impressive "Altid Mange Problemer" mid-career exhibition at Kunsthal Charlottenborg, the largest exhibition of his works to date, gathering paintings and sculptural pieces from 2004 to the present. 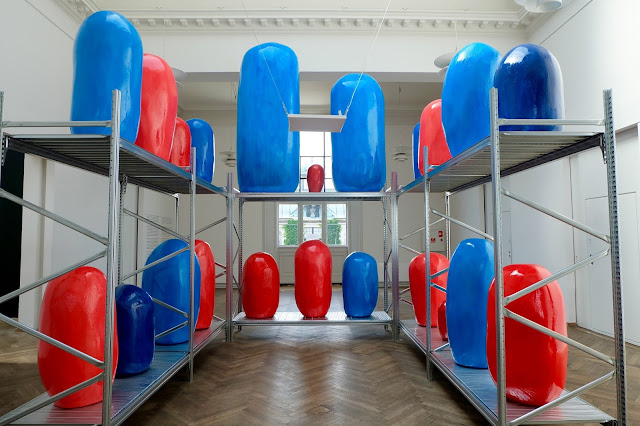 (Above and following): Photos by Latitudes. 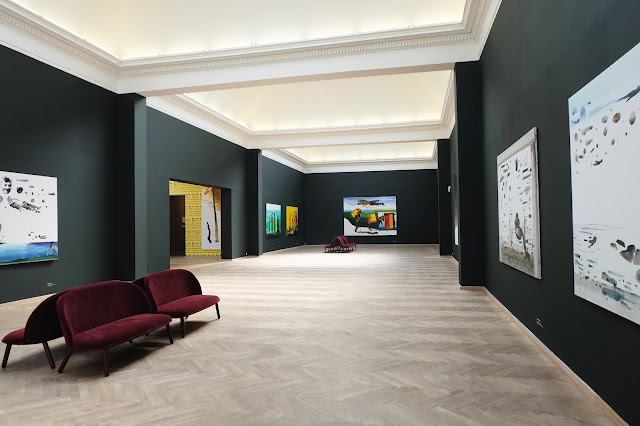 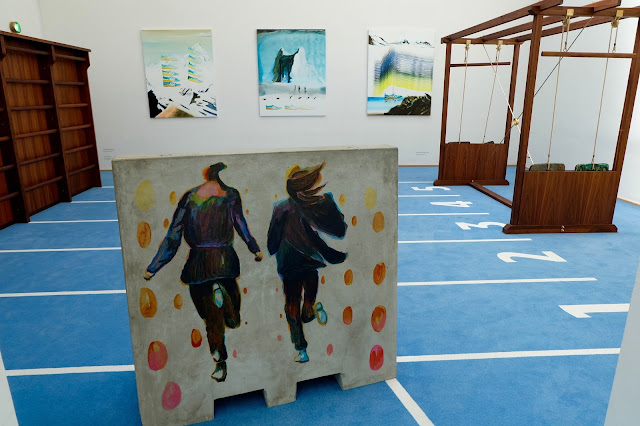 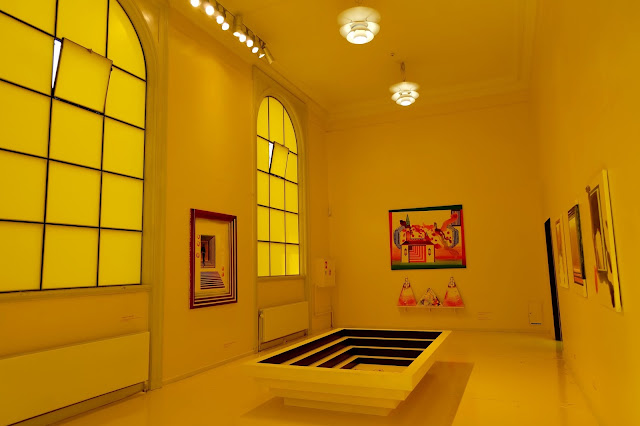 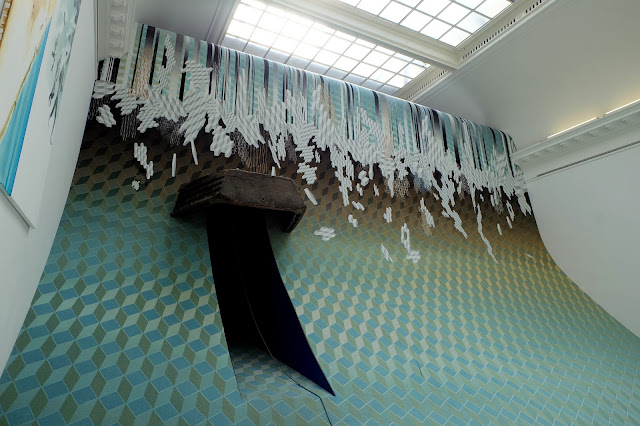 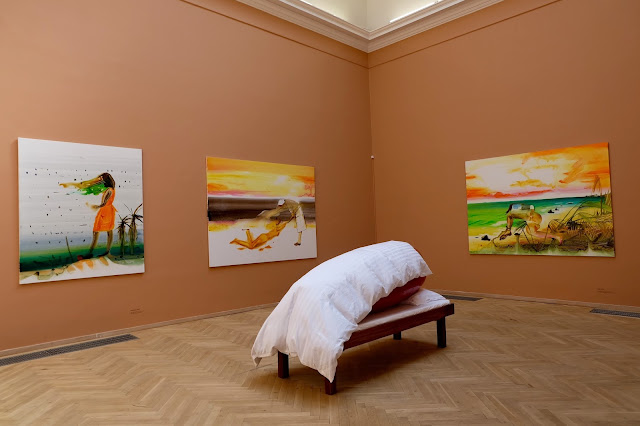 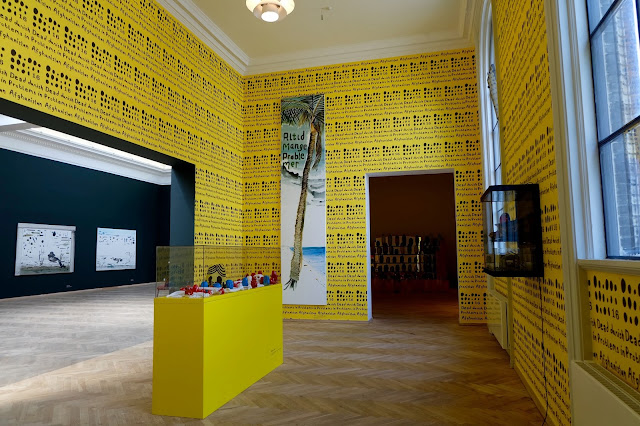 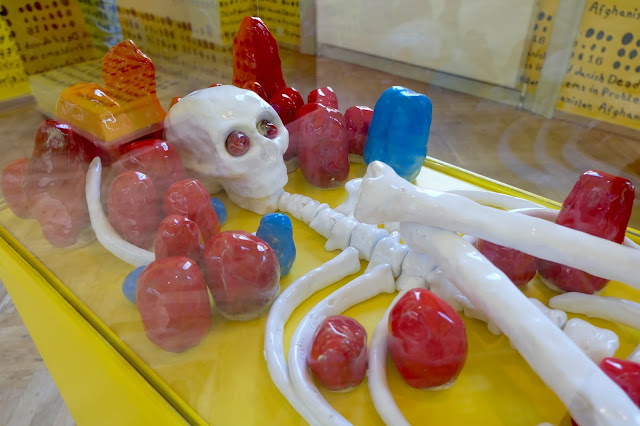 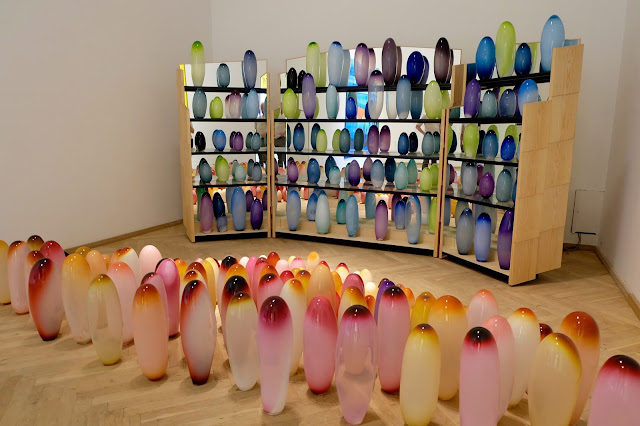 Max has previously written on John's work for the catalogue of his 2006 exhibition "Problems" at Victoria Miro Gallery in London.
Latitudes' first visit to Copenhagen also involved Kørner's work, as we visited his solo show 'ARoS Bank' at the ARoS Århus Kunstmuseum, Denmark (13 June–10 September 2006), which became the subject of our first blog post over a decade ago, in September 2006 (!).