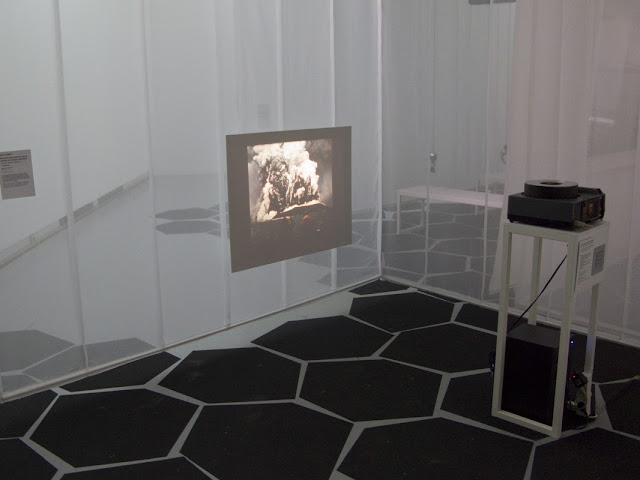 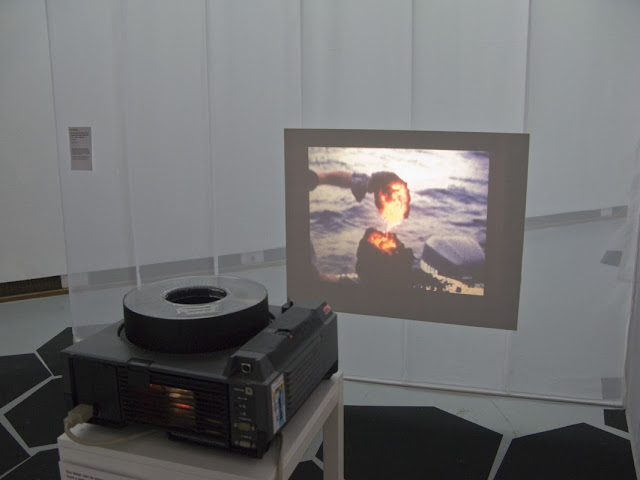 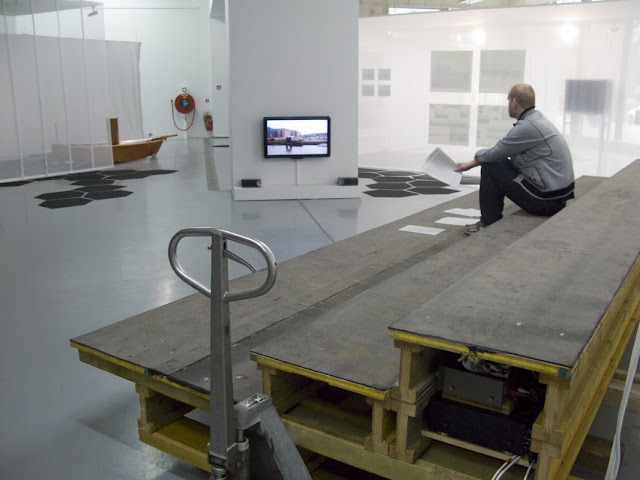 General view of the exhibition. Fri, Feb 12 2010
https://www.youtube.com/user/LatitudesVideos
We just opened a Latitudes' YouTube Channel with ten 'behind the scenes' videos from 'Portscapes', the evolving series of art projects presented and produced throughout 2009 in and around the port of Rotterdam. The videos present short interviews with the artists (Lara Almarcegui, Jan Dibbets (part 1 and part 2), Marjolijn Dijkman, Fucking Good Art, Ilana Halperin, Christina Hemauer & Roman Keller, Paulien Oltheten, Jorge Satorre, Hans Schabus) and an introduction to the project by SKOR curator Theo Tegelaers and Ria Haagsma, Senior Communications advisor of the Port of Rotterdam Authority.

Images of SUM#5 magazine featuring an interview with Marjolijn Dijkman 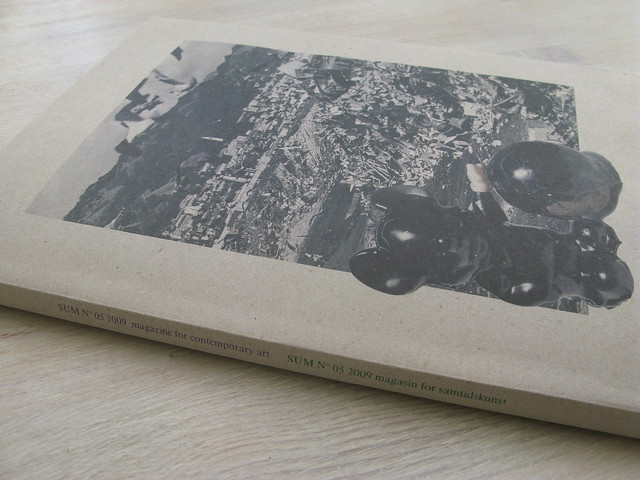 Updating the 30 November blog post, here are images of the published interview between Latitudes and Marjolijn Dijkman appearing in the December issue of SUM# 05 magazine for contemporary art, pages 56–64.
If you would like to read the whole interview, please download the text from Latitudes' writing archive. 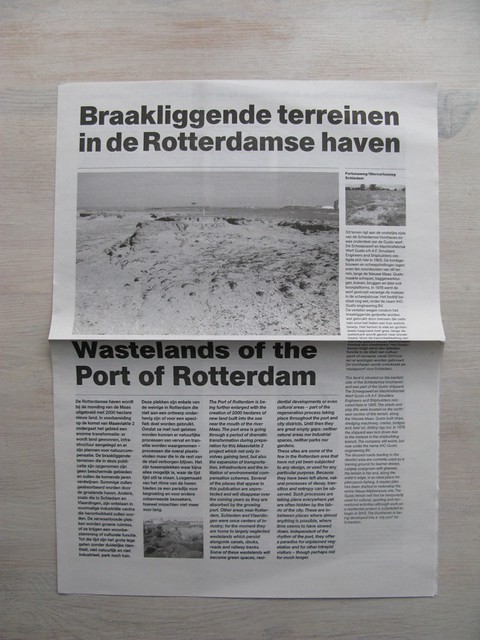 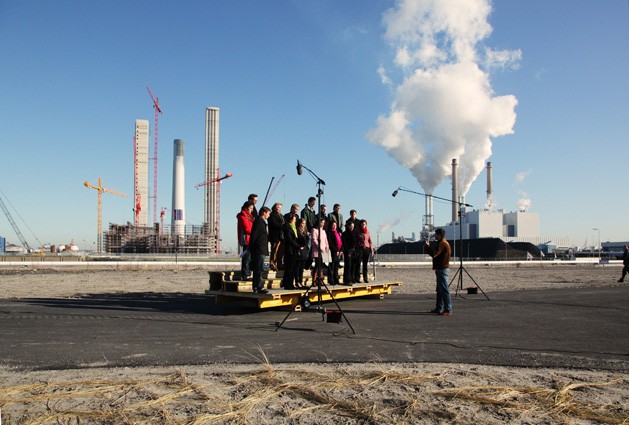 'Sequelism Part 3: Possible, Probable or Preferable Futures' is a project that looks into the future and at that which is yet to happen. It considers how art and the inexact arena of futurology might be utilised as a means to better comprehend, rethink, obscure, or even colonise the present. Knowledge of current and historical events often plays a role in collective foresight or prognoses of change that is yet to take place. In a similar fashion, futurology could be said to deal with memory in reverse. The project seeks to investigate how prospective visions might be generated for vastly differing reasons, offering great idealism on the one hand, or harnessing political and societal anxiety on the other.

The future is commonly manifested in popular cultural forms, including science fiction, yet how might we look beyond the present without recourse to established genres? To what extent does strategic foresight affect our understanding of the ‘now’ or the ‘when’? Is the future a culturally specific phenomenon that is inherently ‘Western’ in its own gaze and orientation? And just how accurate can we be when imagining the future? The Sequelism project addresses issues and questions such as these. Disputing illustrative organisation around a predetermined thesis, the project itself invites doubt, speculation and to-be-determined outcomes.

This is the first in a trilogy of Sequelism exhibitions, with Part 2 in 2010.
More information: http://futurologyprogramme.org

Neil Cummings and Marysia Lewandowska’s film 'Museum Futures: Distributed' (2008) is a machinima record of the centenary interview with Moderna Museet’s executive Ayan
Lindquist in June 2058. It explores a possible genealogy for contemporary art practice and its institutions, by reimagining the role of artists, museums, galleries, markets, ‘manufactories’ and academies. The screening will also incorporate a discussion led by Neil Cummings and the curators of the Sequelism exhibition, discussing the future of art institutions.

A programme of artists’ videos selected by the curators of Sequelism to accompany the exhibition, including works by Marjolijn Dijkman, Jordan Wolfson and Julia Meltzer & David
Thorne. Introduced by Nav Haq, Exhibitions Curator, Arnolfini.

The films in David Maljkovic’s renowned 'Scene for a New Heritage Trilogy' (2004–6) are set between 2045 and 2071, visualising different encounters with a communist monument at the memorial park at Petrova Gora, Croatia, and speculating on how the meanings of history and monuments change over time.

Artist and theorist Roy Ascott gives a presentation on the recent ideas informing his Technoetics art practice, that has grown out of his long-term research into cybernetic and ‘telematic’ art.

A language workshop for young people led by the designer, writer and editor Will Holder for constructing brand new words or ‘neologisms’, inspired by R. Buckminster Fuller’s technique for synthesizing existing words to generate names for new concepts and designs.
–