Performance “One motif says to the other: I can’t take my eyes off you” by Eulàlia Rovira and Adrian Schindler in the exhibition ‘Cream cheese and pretty ribbons!’

Mon, Sep 17 2018
On September 14, Eulàlia Rovira and Adrian Schindler presented the performance ‘One motif says to the other: I can’t take my eyes off you’ in the context of the exhibition ‘Cream Cheese and Pretty Ribbons!’, curated by Latitudes at Galerie Martin Janda in Vienna.
The new performance comprised a series of sartorial compositions, music clips, and readings from memory that were inspired by the belts, buckles, chains, harnesses, and tassels that appear on luxury silk scarf designs by brands such as Hermès, as well as the vogue for tattoos appropriating tribal patterns. A companion series of five photographic prints are derived from the intertwining designs of the latter textiles. 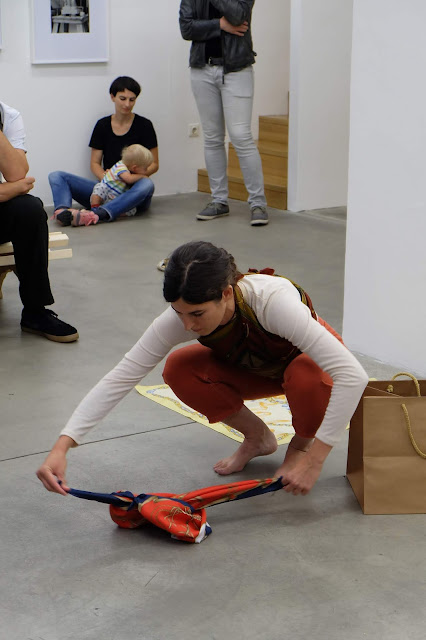 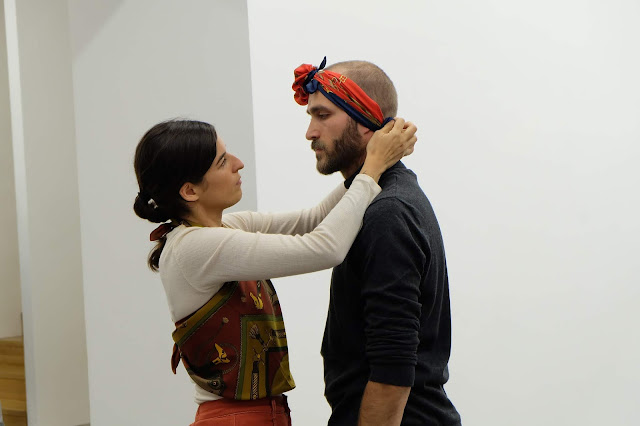 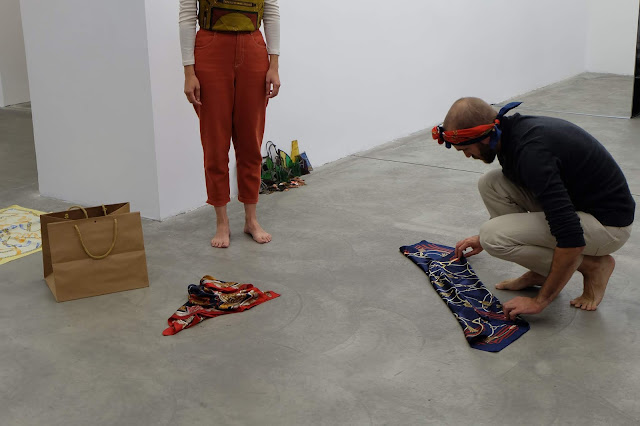 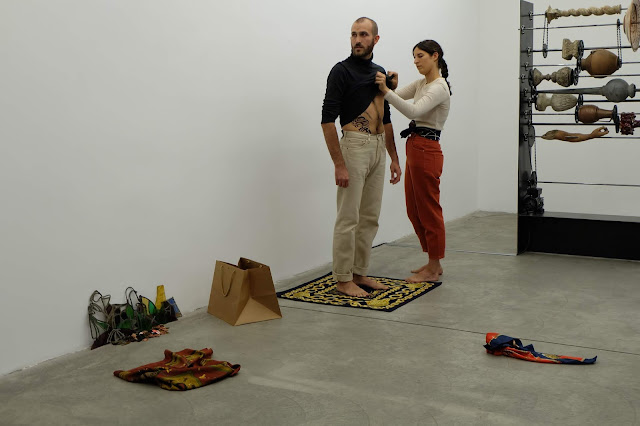 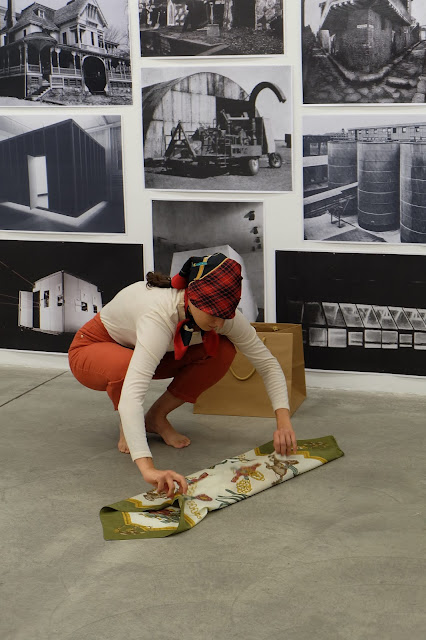 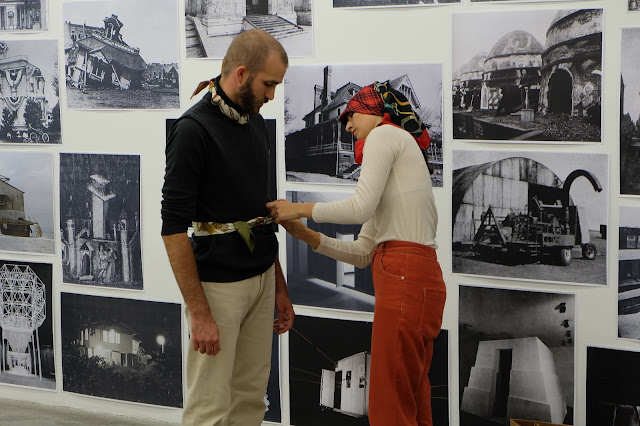 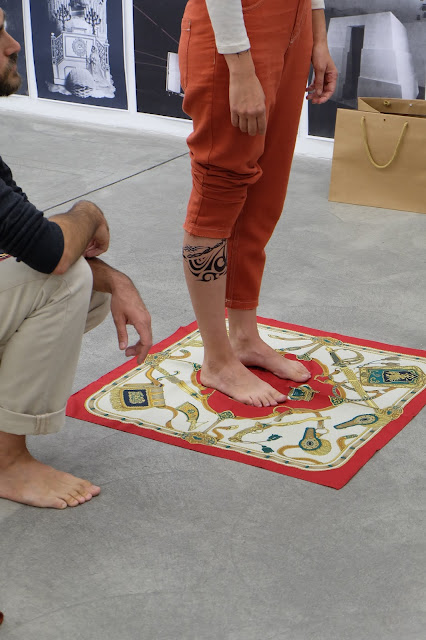 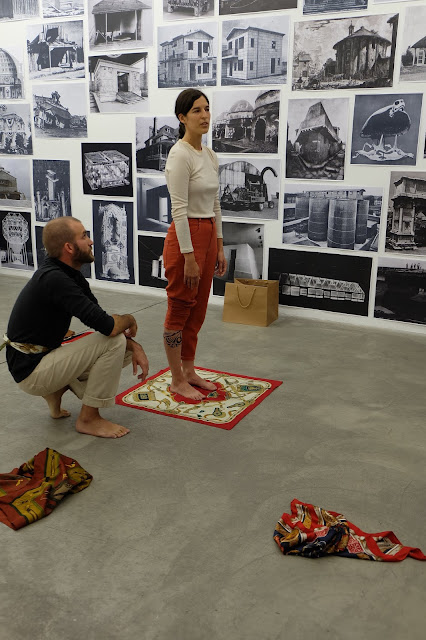 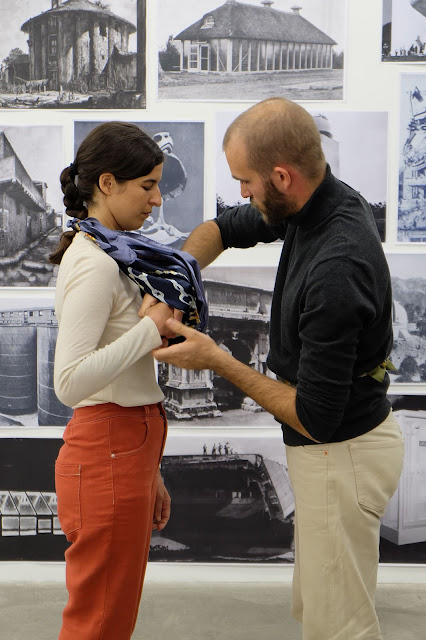 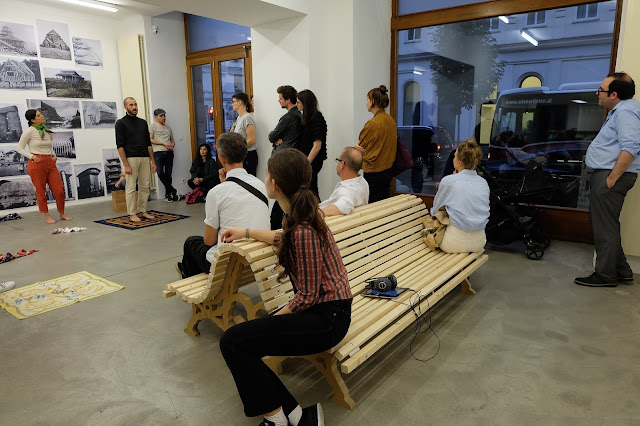 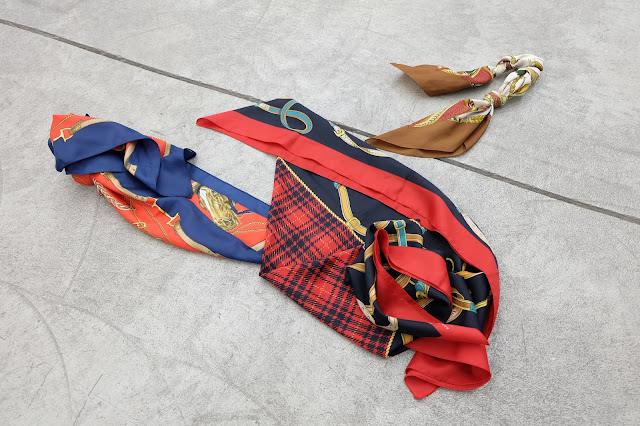 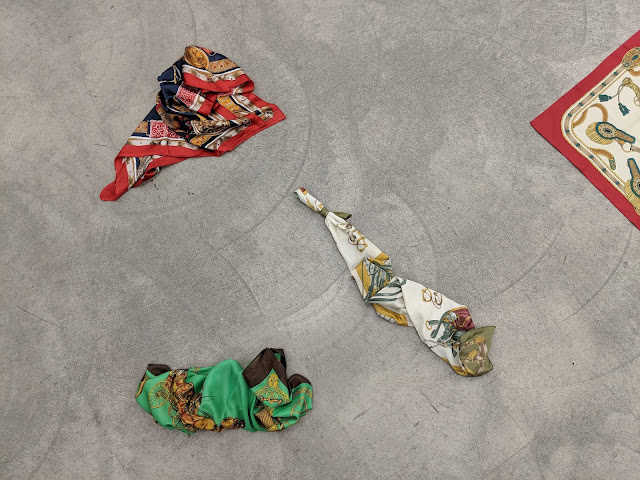 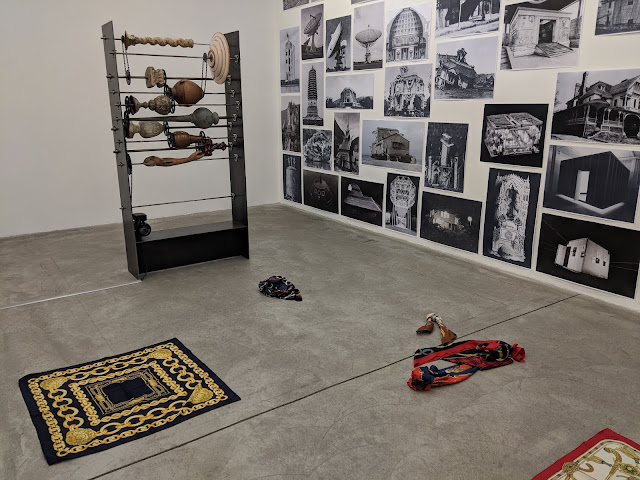 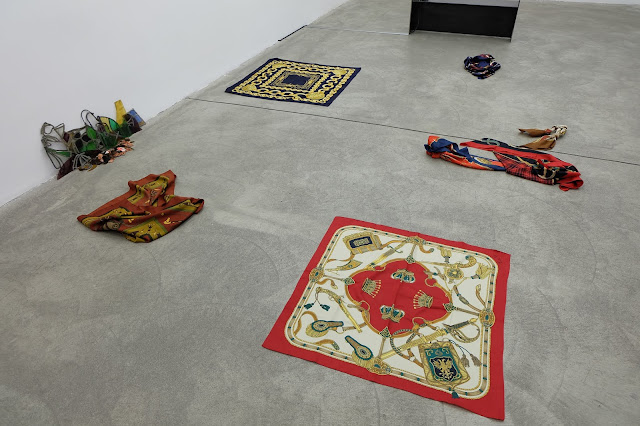 Rovira and Schindler also present another work in the exhibition. "The Feet Fixed to the Ground Betray no Impatience" (2016) features a camera-phone film based around a Barcelona park bench, as well as its sculptural reproduction. This model of street furniture is known as the ‘Romantic double’, and it inspires a narrative and a sequence of gestures that evoke the masterplans that opened up cramped European cities in the 19th-Century as well as ongoing impulses to organise public space and orchestrate the gaze.
Eulàlia Rovira & Adrian Schindler, born 1985 & 1989, live in Barcelona.
The exhibition ‘Cream cheese and pretty ribbons!’ brings together works by David Bestué, Sean Lynch, Eulàlia Rovira & Adrian Schindler, and Batia Suter to reflect on the apparent dichotomy between the utilitarian versus the functional, and the artful, refined, decorative, adorned, of good taste. The artworks in the exhibition have managed to find a way to escape this apparent dichotomy in how they treat form and content, using wit and storytelling, and engaging with seemingly mundane things in a magical way.

‘Cream cheese and pretty ribbons!’ is part of the curated_by Vienna gallery festival inviting international curators. In 2018 the festival examines Vienna's systems and contradictions, life between the baroque and present times.