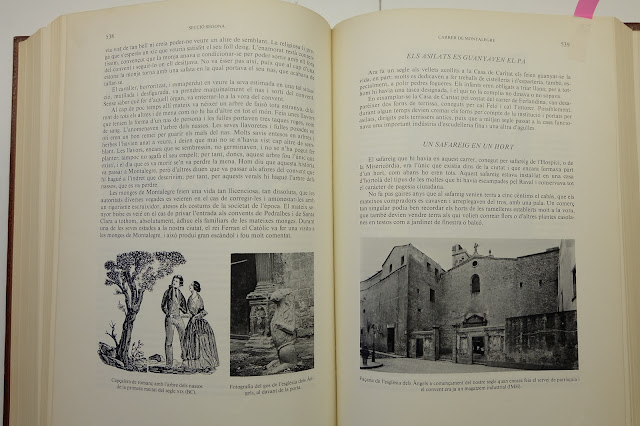 Pages with the story behind Plaça dels Àngels.
When giving a presentation or tour of an exhibition or project we have worked on, we are often asked how the project emerged – if there was a particular trigger or point of origin. In the case of José Antonio Hernández-Díez’s exhibition currently on view at MACBA (until June 26, 2016), our approach was a familiar one to us – we started by both delving in-depth in researching the artists previous works while at the same time looking into the history of the venue where the exhibition was going to take place.

We are very fond of a book that has been in our library for many years – 'Histories and legends of Barcelona' by Joan Amades (Edicions 62). This two-volume tome gathers some of the myths behind Barcelona place names and includes the tales behind both familiar and obscure buildings, streets and monuments in the city. The story that most captivated us concerned the chapel of the Convent dels Àngels, and it is recounted in the essay we wrote to accompany the exhibition (published as the Quaderns Portàtils #32 – pdfs available in Spanish and English and epub in Spanish only). It goes as follows:

(...) "Outside the doorway of the deconsecrated sixteenth-century church that formed part of Barcelona’s Convent dels Àngels there once stood the stone figure of a dog, standing upright on its hind legs. Two separate legends account for its existence, as recorded by ethnologist and folklorist Joan Amades in the 1950s. A boorish man would routinely interrupt the services and torment the church congregation, it is said. He was punished by being turned into a dog. The other version states that the canine figure commemorates the thwarting of a robbery. The church once displayed an image of Saint Roch, the patron saint of dogs, accompanied by a hound. It is said that the prospective thieves were frightened away as the image miraculously began to bark. (The supernatural mythology of the chapel does not cease there – in 1627 an image of Christ began to sweat blood profusely.) 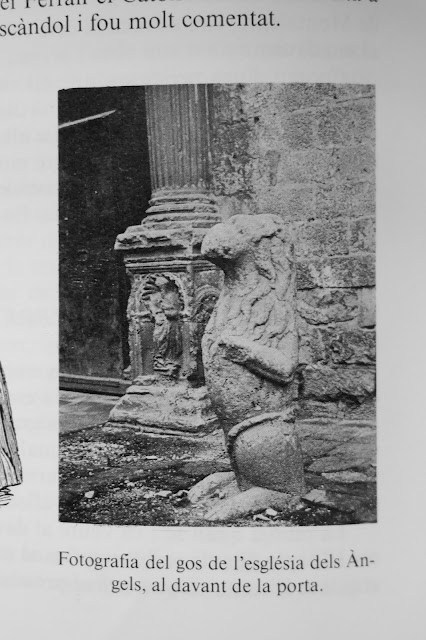 Sculpture of a dog once stood in front of La Capella dels Àngels, the church of the Convent dels Àngels.
Parallel to this, we started looking at Hernández-Díez’s earliest works and investigating his pieces in MACBA’s collection. We found that the museum had his 1991 work San Guinefort on long-term loan in their collection, but it had never been exhibited. As narrated in our essay:

(...) "that José Antonio Hernández-Díez (Caracas, Venezuela, 1964) had already been dealing with Catholic belief and superstition in his art – and moreover, specifically addressing canine veneration – is much more than an uncanny coincidence for his exhibition at MACBA’s Convent dels Àngels in 2016."

The legend behind Saint Guinefort is one of the more obscure intersections of Catholic history and folk tradition:
(...) "Writing around 1260, the Inquisitor and Dominican friar Étienne de Bourbon related his investigation into the veneration of Saint Guinefort in the Dombes region of France. He discovered that this supposed Saint was, in fact, a dog. The account he disclosed was that a knight and his wife had one day left their greyhound Guinefort to guard their baby. When they returned to the castle they found the cradle empty and Guinefort covered in blood. Assuming it had murdered the baby, the knight hastily killed the dog, only later realising his error. Guinefort had in fact fought off a snake in order to save the child, who was found unharmed. Guinefort was buried unceremoniously in the forest outside the castle walls. Hearing of the martyred dog, local people began to believe in its power to protect children and began to bring their sick infants to the grave. Étienne de Bourbon was horrified to discover the strength of the superstition that had taken root. Children were being left overnight by Guinefort’s grave in the belief that he would rid them of spirits, and several babies had died as a consequence. Defending the orthodoxy of the church, the friar had the heretical remains of the greyhound dug up and destroyed, razed the forest and outlawed the canine cult, yet there is evidence of its persistence into the nineteenth century. The episode is worth recounting in detail, as previous accounts of it in relation to Hernández-Díez’s work have been misleading." 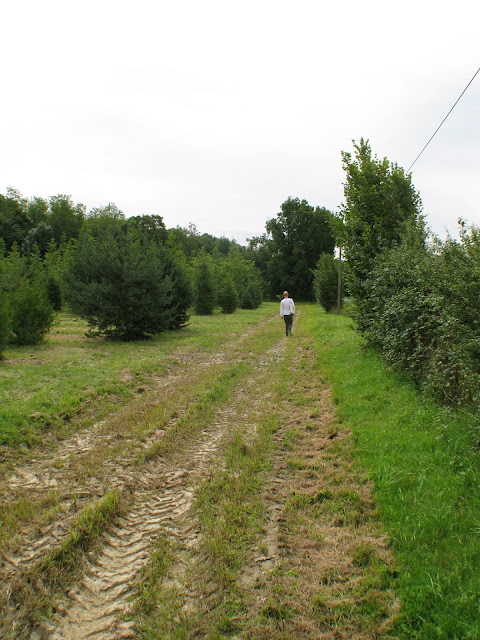 Coinciding with our research period, in August 2014 we happened to be travelling near Lyon, France, and took the opportunity to visit to the Bois de Saint Guinefort in the Dombes region, where the story of Saint Guinefort emerged (and where the dog-saint may still be venerated every 22nd August, despite the regional tourism office assuring us the festival day was no longer celebrated).

Somewhere on the road between Villars-les-Dombes and Châtillon-sur-Chalaronne one can, with the help of a tagged flickr photo and GPS, find a sign, as seen below, which briefly narrates these peculiar events from the 13th Century. 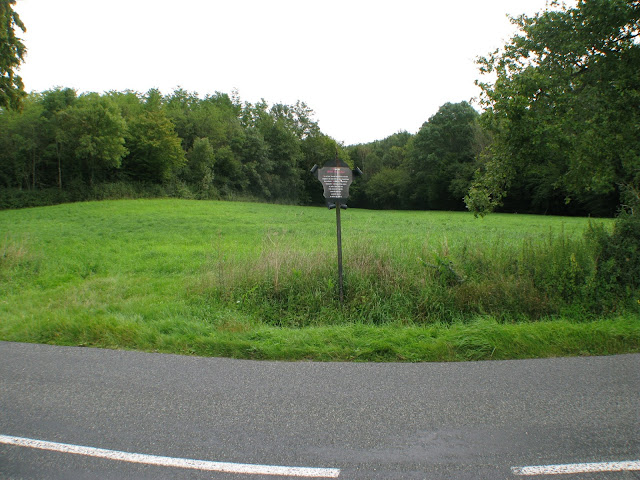 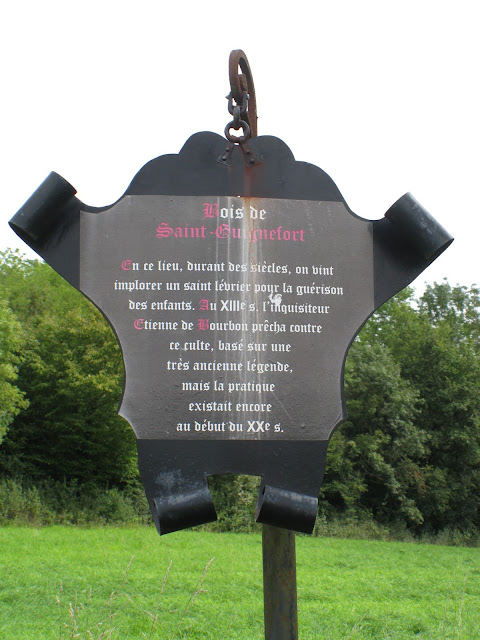