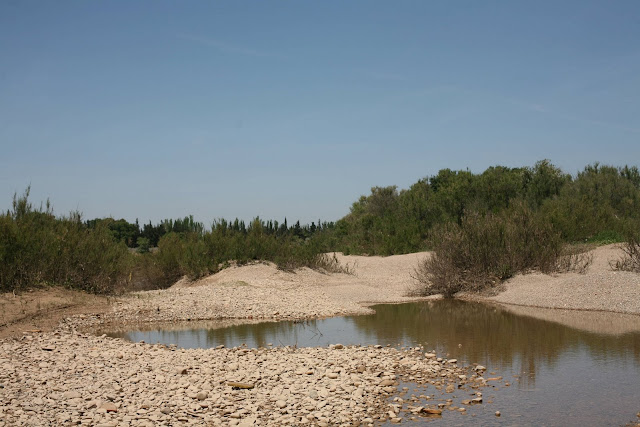 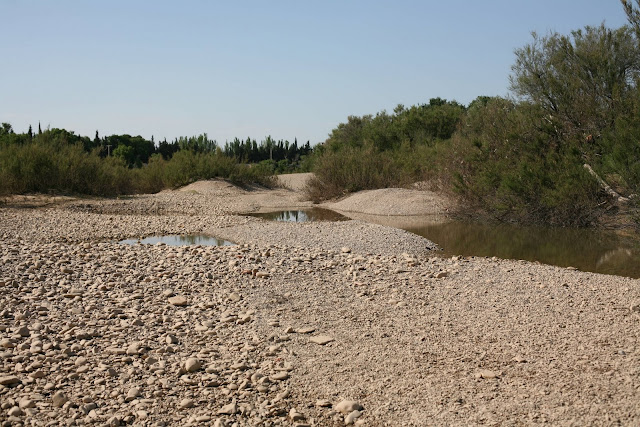 'Open Ground on the Banks of the Ebro' (2008) by Lara Almarcegui. Courtesy the artist.
Latitudes contributed a short text on Lara Almarcegui's work for the recently released publication 'Intervenciones artísticas en las riberas del Ebro' ('Artistic interventions around the riberas del Ebro'), printed on the occasion of the commissions series produced by Expo Zaragoza 2008.

Almarcegui's 'Un descampado en la Ribera del Ebro' (Open Ground on the Banks of the Ebro) was commissioned by ExpoAgua Zaragoza 2008 and produced in collaboration with The Centro de Arte y Naturaleza–Fundació Beulas in Huesca. Here an extract of the text:
(...) “Almarcegui’s project for Expo Zaragoza 2008 started from an agreement to preserve a section of land in an untouched state for as long as possible. The artist has set up a legal stipulation whereby an otherwise unremarkable 700 sq.m. ‘wasteland’ is put beyond the control of developers for 75 years. This project takes its place among several sites that she has sought to preserve, including Rotterdam Harbour, 2003-2018; Genk, 2004-2014 and Arganzuela Public Slaughterhouse, Madrid, 2005-2006, for example. Each place seems banal yet beautiful while confounding what we understand as ‘wild’. They are what they are: what they have left to be.

(...) The terrain is located within the boundaries of the Parque del Agua, in the Sotos del Río area where the Expo fair itself takes place. Almarcegui chose this area as she was attracted by its proximity to the Ebro river and to the idea that the flux of the currents during the seasons would slowly modify its appearance―blurring the margins where land becomes water. This interstitial, entropic site was picked without the intention of “trying to experiment with new ideas”. As she has described, “The project is something I thought necessary ... given the speed of construction ongoing in Spain and also the construction involved in the Expo, I somehow felt compelled to stop and preserve something in its raw state.”

On 23 October 2008, Lara opened the solo exhibition 'Ruins in the Netherlands' at Galeria Pepe Cobo, Madrid, where she presented a selection of 26 photographs of sites in ruin (an abandoned open theatre, a barn, a bunker, a windmill, a ferry station, an IBM tower, a swimming pool...) which are featured in her publication 'Ruins in the Netherlands XIX–XXI' (Episode, 2008, ISBN 978-90-5973-092-2) – also present in the exhibition.

Alongside this, a photograph of her recent project 'Removing the outside wall of a ruined house' is included, as well as a slideshow of 80 images, 'An empty terrain in the Danshui River', accompanied by a small guide analysing this particular area – three elements related to her presentation at the 2008 Taipei biennial. 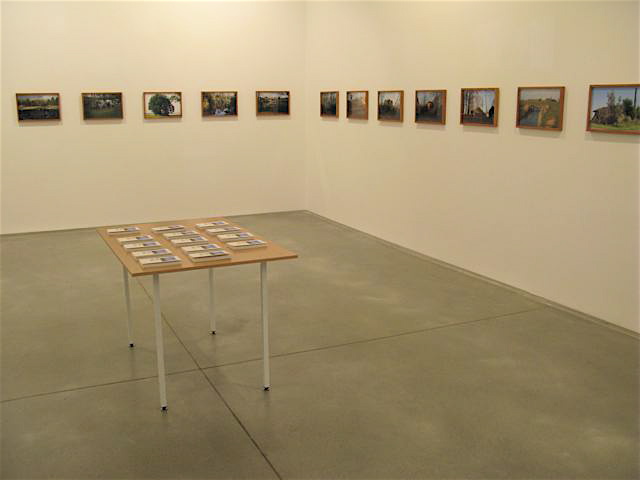 Above and below: Installation views of the exhibition 'Ruins in the Netherlands' in Galeria Pepe Cobo, Madrid. Photos: Latitudes. 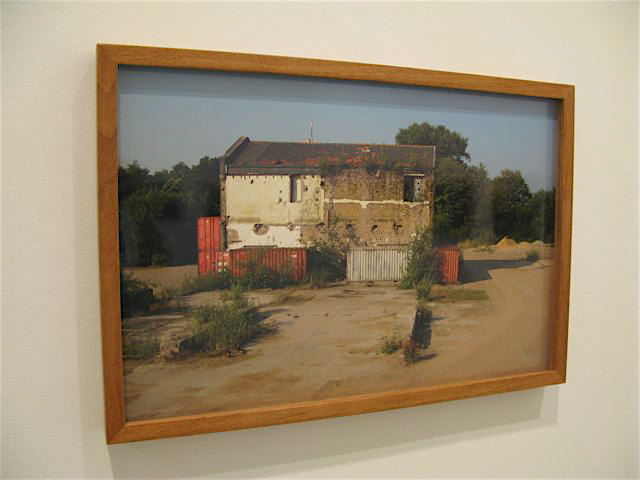