Mon, Nov 26 2018
Following on our earlier post from October 26, 2018 announcing our donation of Lawrence Weiner's limited edition tote bag to Tate Archive, we now share some images of its presentation as part of Tate's "ARTIST ROOMS: Lawrence Weiner" currently on view at the McManus Museum and Galleries in Dundee, Scotland, until February 17, 2019. 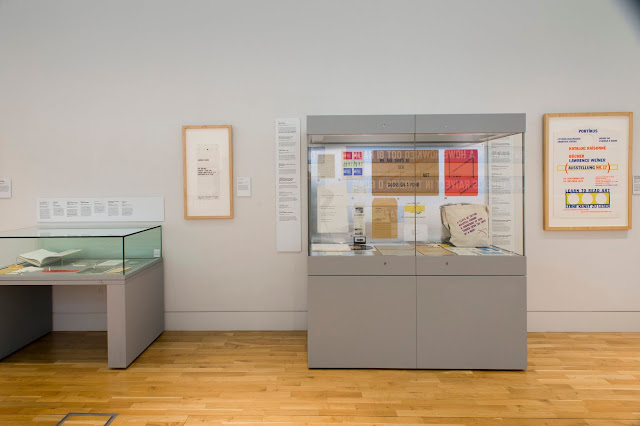 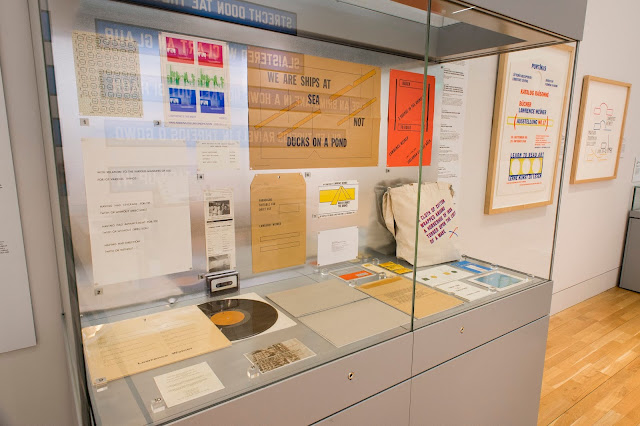 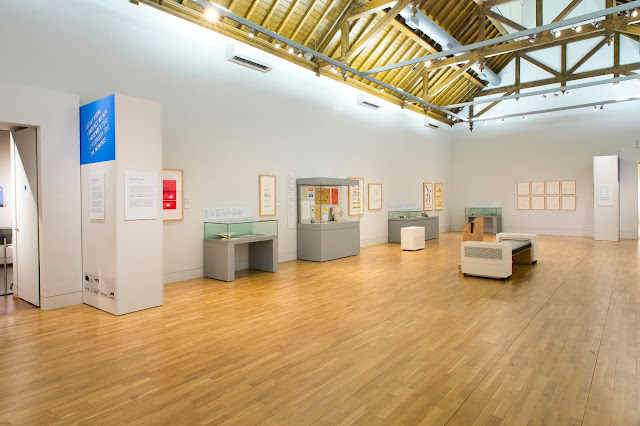 The Dundee presentation includes the limited edition tote bag and three sugar sachets with the striking typographic rendition of the statement "A CLOTH OF COTTON WRAPPED AROUND A HORSESHOE OF IRON TOSSED UPON THE CREST OF A WAVE" in Catalan, Spanish, and English, the latter first commissioned in 2008 as part of Weiner's solo exhibition at the Fundació Suñol, Barcelona.

Thank you Valentina Ravaglia (Assistant Curator, Exhibitions & Displays, Tate Modern) for facilitating the inclusion of these ephemera into Tate's collection, and to Lili Bartholomew (Curatorial Assistant, Leisure and Culture Dundee) for liaising from Dundee and sharing the images. 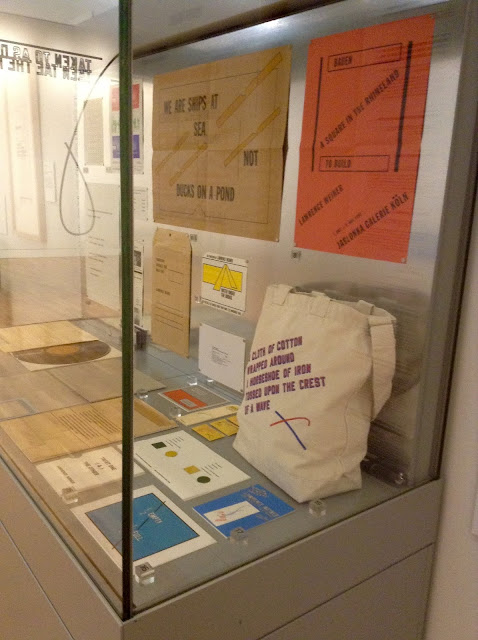