Max Andrews essay on Christopher Knowles for NoguerasBlanchard at Liste 2017 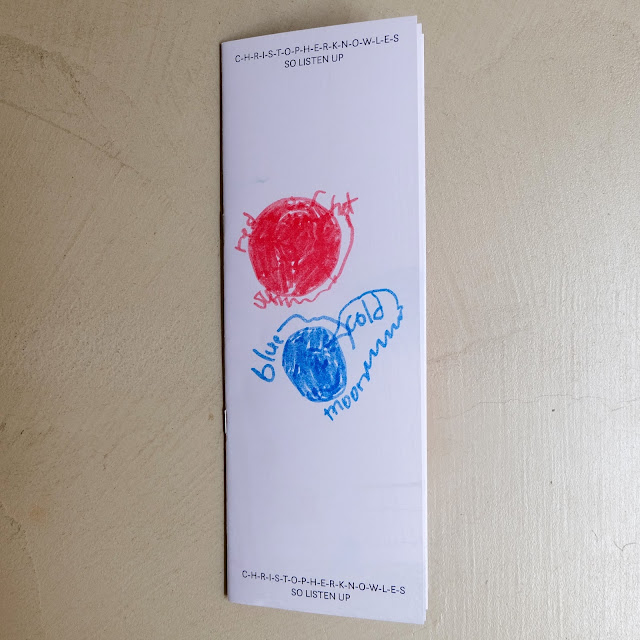 Max Andrews of Latitudes contributed the essay "C-H-R-I-S-T-O-P-H-E-R-K-N-O-W-L-E-S. SO LISTEN UP" about the spoken-word works, "typings", poetry and paintings by Christopher Knowles. The publication was made to accompany his recent solo presentation in the stand of NoguerasBlanchard gallery at Liste art fair in Basel.
Max reviewed Knowles’ exhibition at Gavin Brown's enterprise for frieze magazine back in October 2004, and his work "Untitled (Alert Paintings)" (2004) depicting the Department of Homeland Security’s Threat Advisory System, was the linchpin of the Latitudes-curated 2007 exhibition "Extraordinary Rendition" at NoguerasBlanchard.
The exquisite short-run publication (500 copies) was designed and printed by Barcelona-based independent publishers and Riso printers Do The Print. 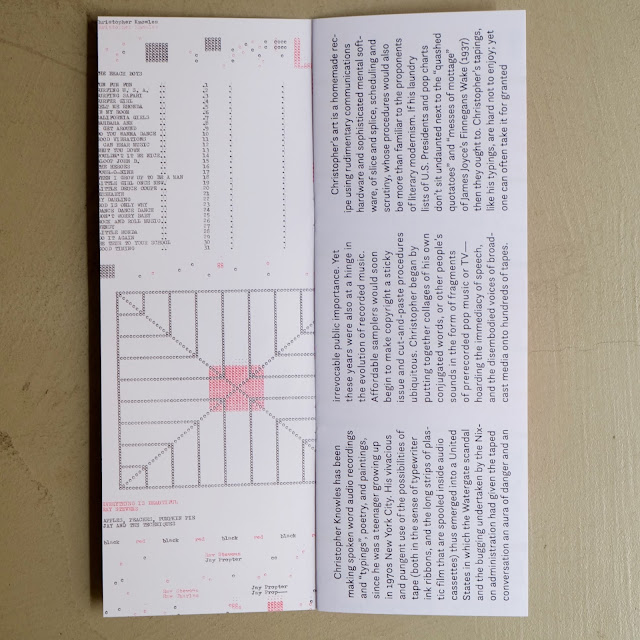 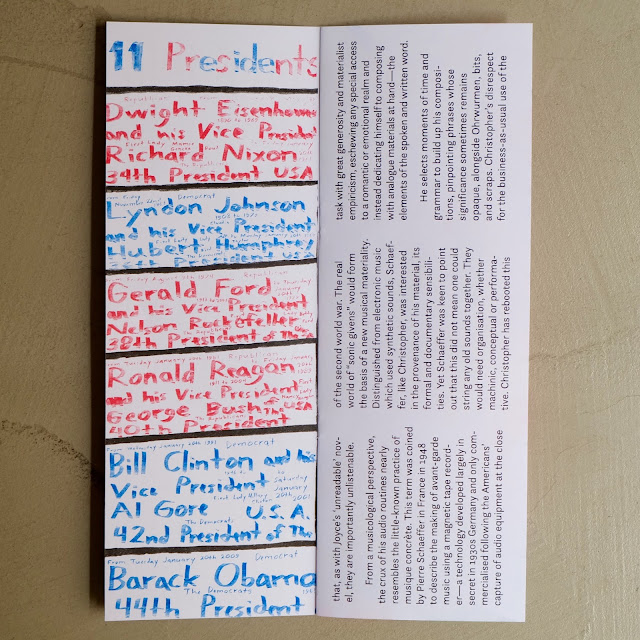 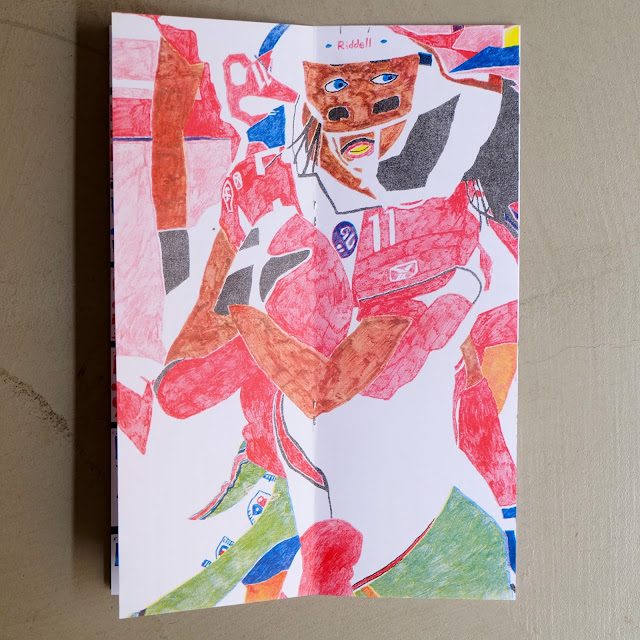 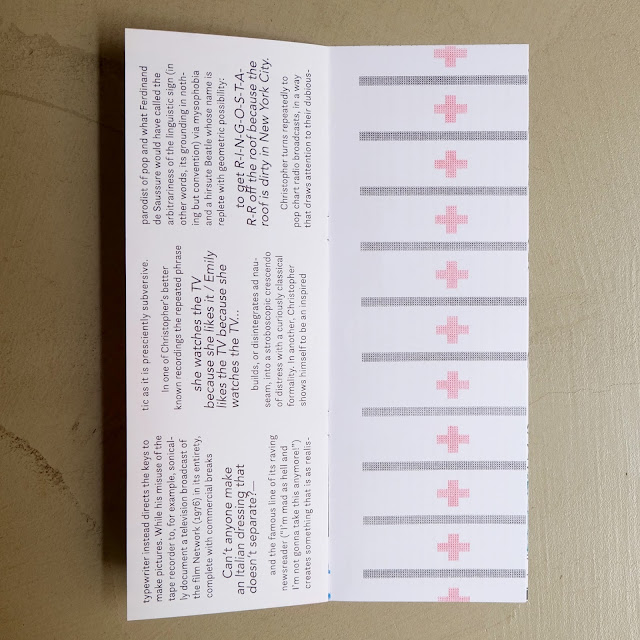 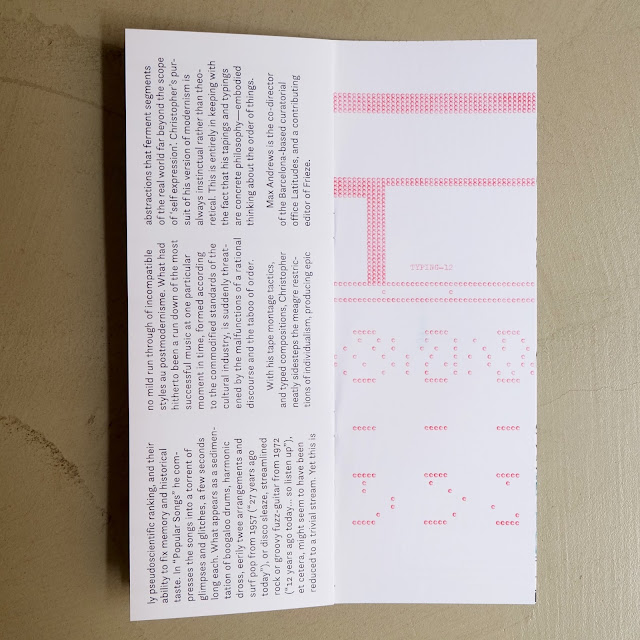 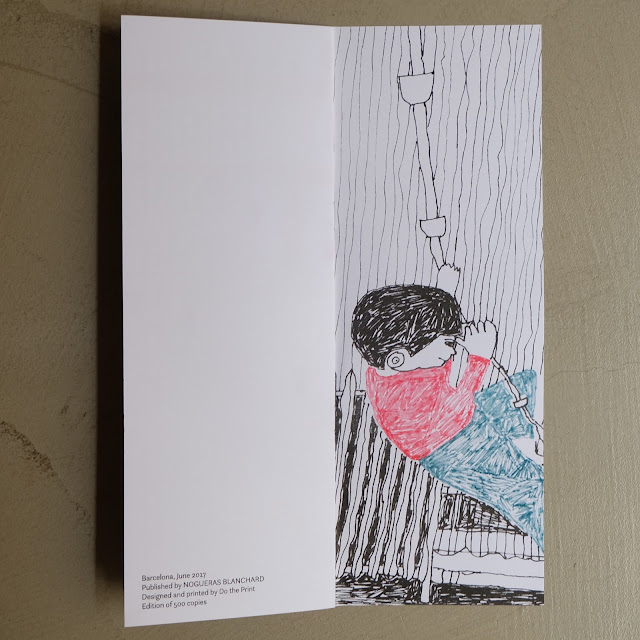 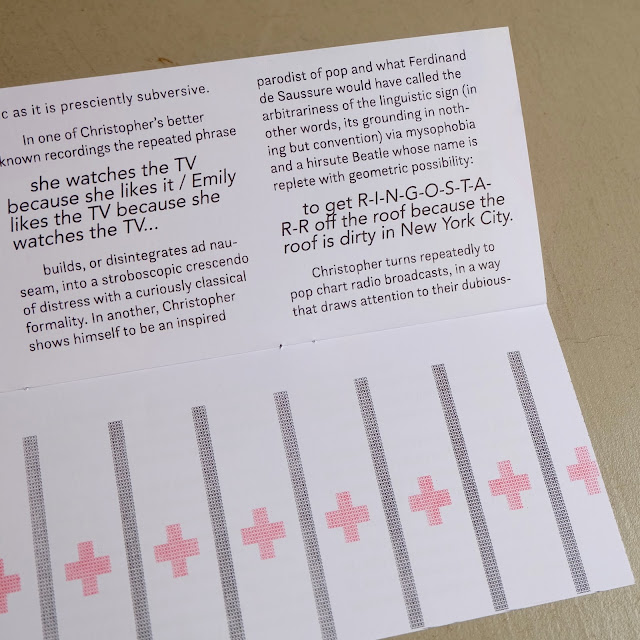 More photos documenting the same shows we saw or others that didn't make it to the twitter for lack of time (or network): 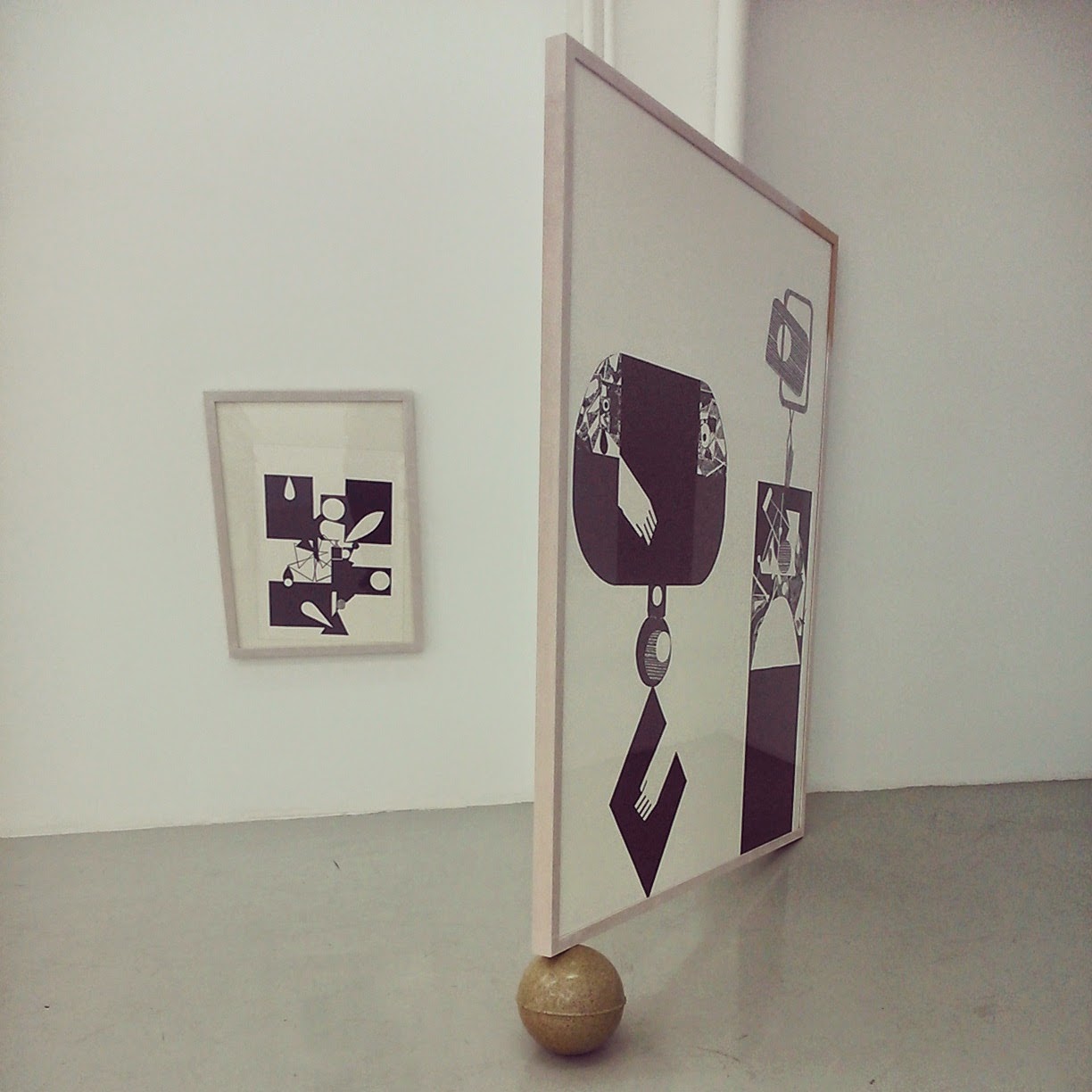 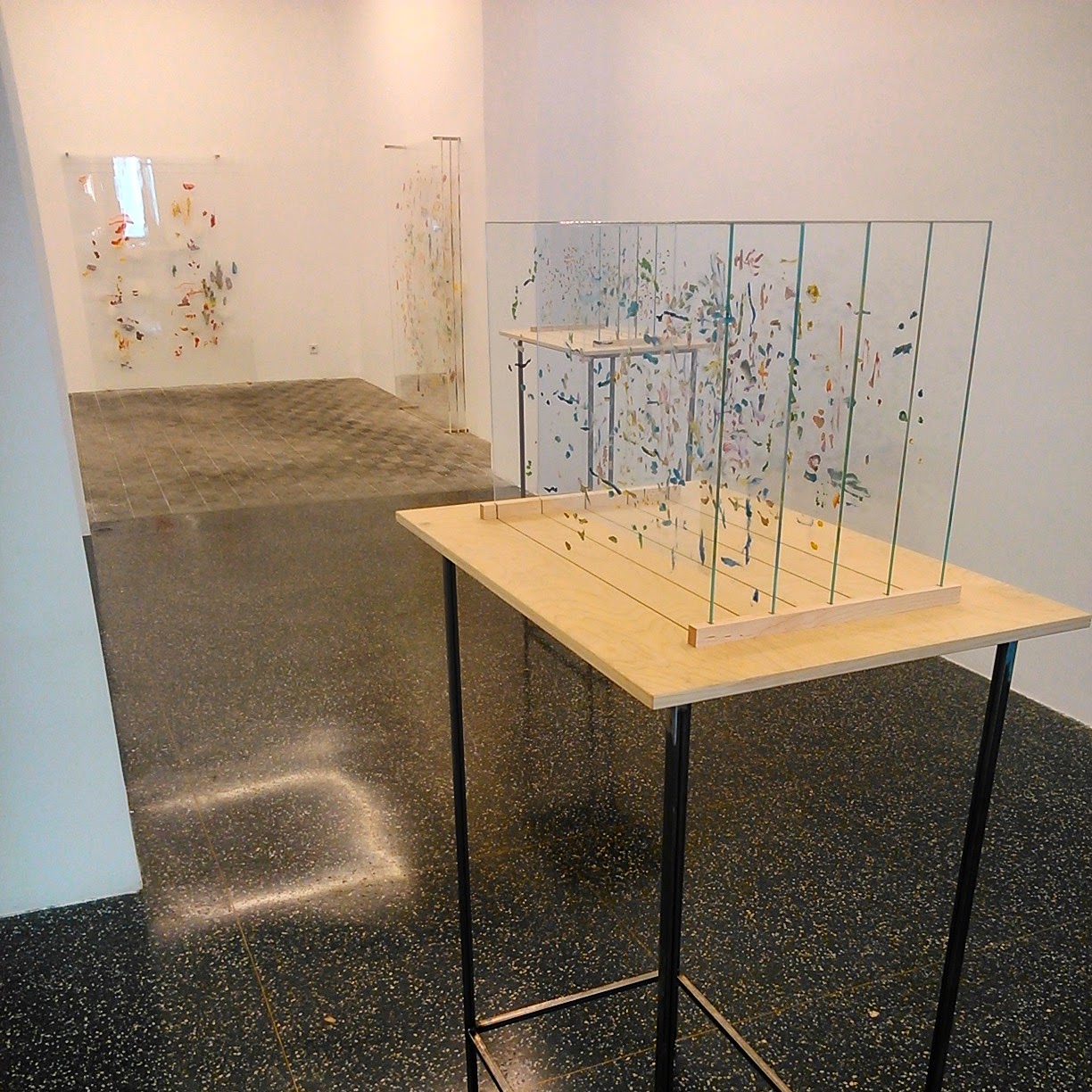 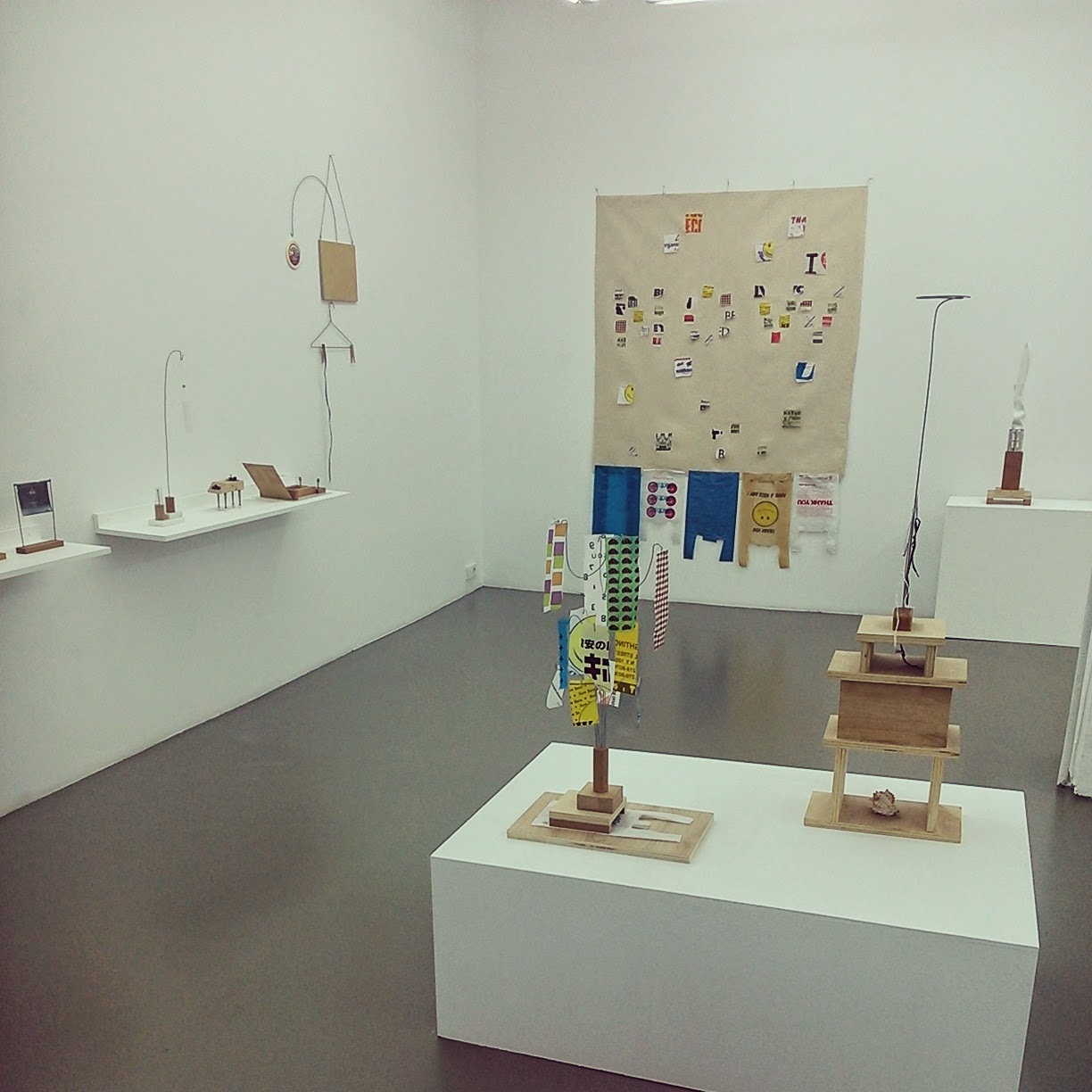 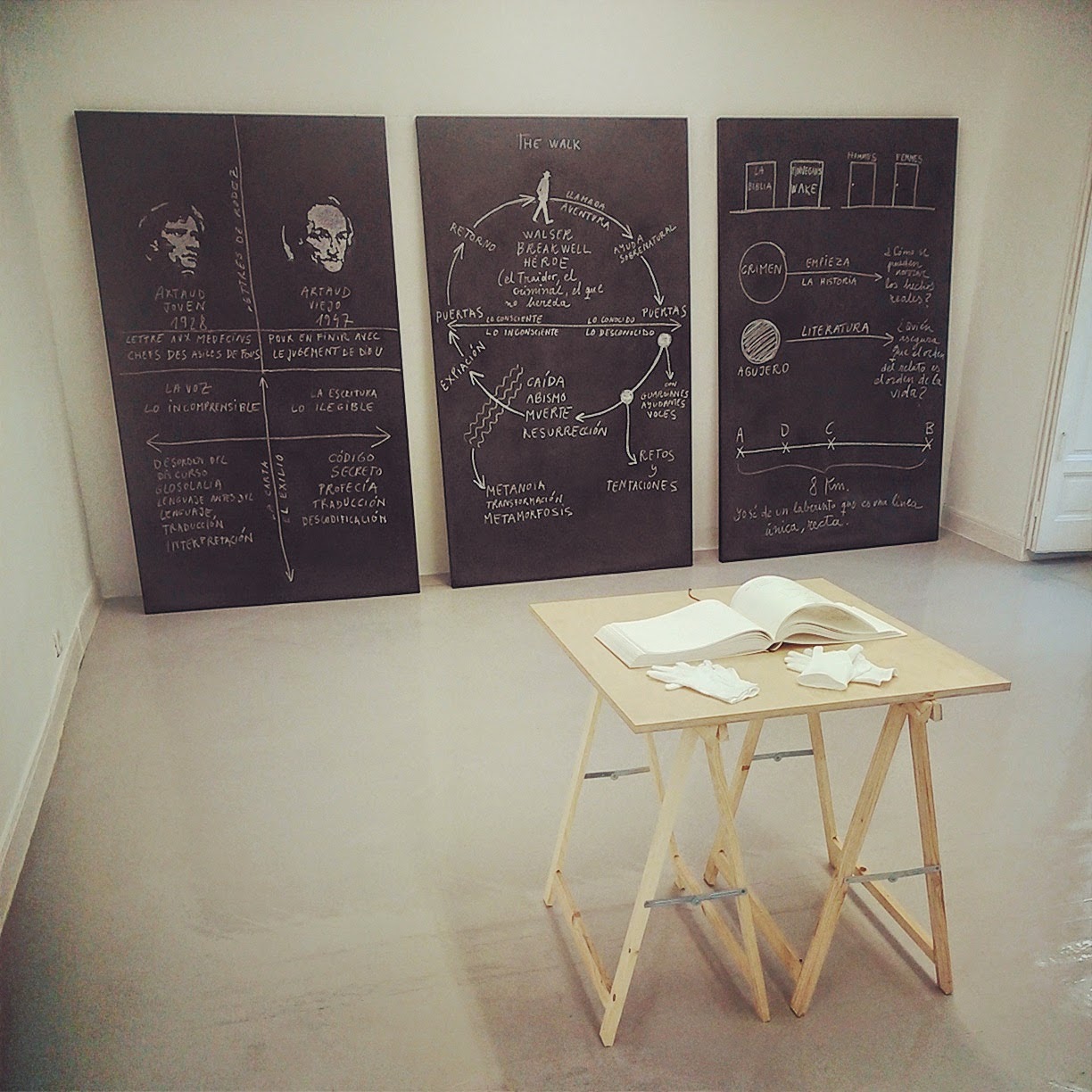 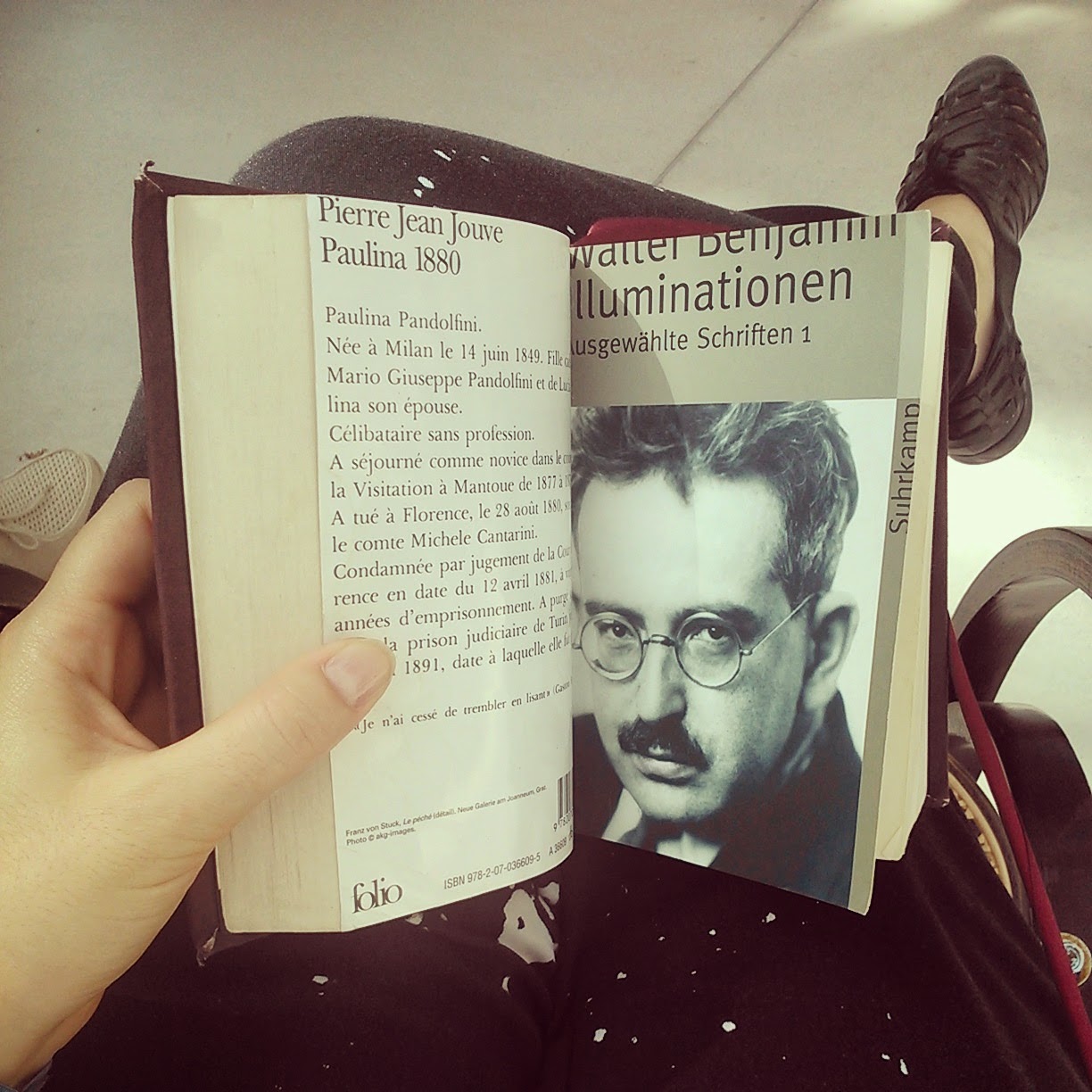 This is the blog of the independent curatorial office Latitudes. Follow us on Facebook and Twitter.
All photos: Latitudes | www.lttds.org (except when noted otherwise in the photo caption)
This work is licensed under a Creative Commons Attribution-NonCommercial-NoDerivs 3.0 Unported License.
2014, Christopher Knowles, galleries, madrid, NoguerasBlanchard, Openings, Reina Sofia, report, storify 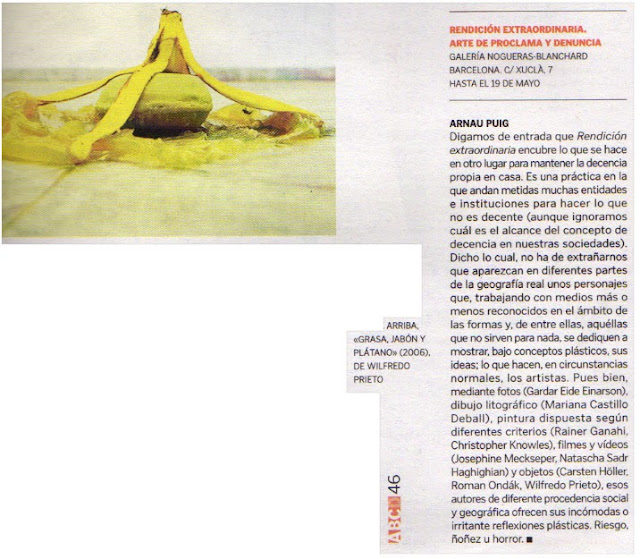 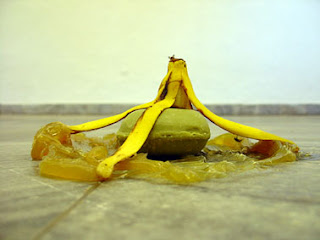 Extraordinary Rendition brings together the work of nine international artists in response to notions of risk, frictionlessness and the abstraction of potentialities. It includes work in video, sculpture, audio, painting and drawing.

Following a pre-modern discourse of danger, the emergence of risk – alongside the invention of insurance – proposed a world governed by immaterial markets that were no longer regulated by order, but by fundamental uncertainty, threat and insecurity. For its contextual backdrop, the exhibition attempts to think of the present as a cultural mythology through manifestations and elaborations of this principle. One could cite the orchestration of illusory energy and finance markets, the manipulation of governance and property, or the clandestine rendition of terror suspects. (Correspondingly, the Enron scandal, corruption uncovered by operation Malaya in Marbella, or CIA stop-offs in Palma de Mallorca, for example.) Furthermore, there are the unpredictable mega-weather events or reckless insurgencies that are also symptomatic of an ever more stochastic and violent reality which similarly escapes an ordinary logic of probabilities or worth. Social sensitivity to issues of security are rapidly changing our society. Alongside this global picture, our everyday lives – especially with respect to children – are increasingly subject to a suffocating psychology of risk aversion.

Attempts to render risk – notoriously, the US Department of Homeland Security's colour-coded threat advisory system – are necessarily unspecific and speculative to an extraordinary degree. In an attempt to explore this territory, the exhibition conceives of a platform that is both purely fictional and yet perfectly real, that is completely banal while exceptional, and is potentially valuable yet utterly worthless. Extraordinary Rendition explores multivalent artistic modes – from the journalistic to the comical, the literal to the allusive – within a set-up (the commercial art trade) that is, after all, itself a paradigmatic immaterial/dematerialised market.