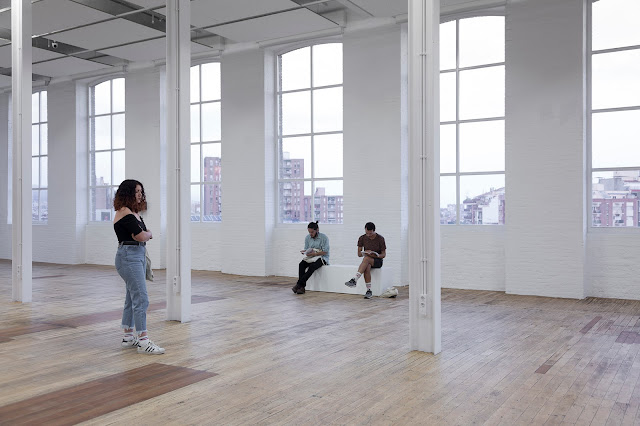 Each of the performances of the programme is extracted from their original context as studies or scenes from earlier projects and given an independent life. These live-action fragments encompass ritualistic exercises following the artist’s rules, tableaux vivants, and dramatic orations based on texts by the artist or by playwrights such as Samuel Beckett. Whenever possible the performances maintain their original interpreters, yet inevitably they are reinforced or degraded through their repetition, adding another layer to the artist’s exploration of control.
Access to all performances is unrestricted. 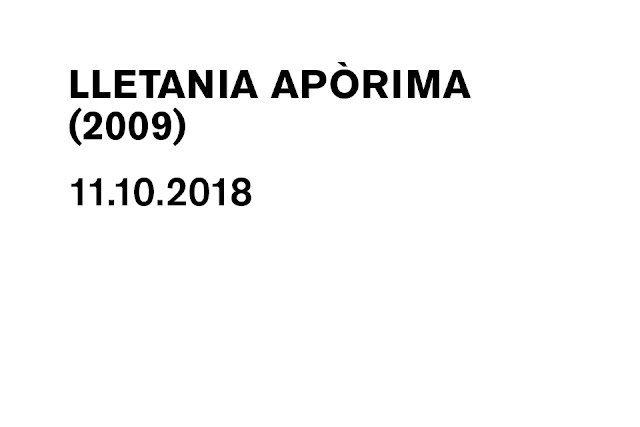 ‘APORIC LITANY’ was originally presented in 2009 as a pre-recorded spoken-word work in English (included in full in the audio programme of the present exhibition), and excerpts of it in Catalan were also read live as part of the final part of ‘CRIES & WHISPERS’ that same year. The second word in its title derives from aporia, a philosophical notion of dynamic uncertainty. In common use, the word litany has also come to signify a long list of failures, complaints, or disasters. The litany addressed to a deity conventionally takes the form of a series of set invocations recited by a priest, which alternate with the invariable responses of the congregation. Yet, here, the rhythmic and rhetorical expressions that have been scripted by the artist leave no semantic room for reply, and piety has been infused with profanity.
This dramatized, repetitive oration—at moments marked by obedience, anguish, apostasy, regret, abuse, and provocation—is delivered in Catalan by an inscrutable priest-courtier character. Because the format of the litany has been folded in on itself (believers are neither being addressed nor obediently responding), the effect of the voice is more akin to a conflicted interior monologue that stutters and recurrently ties itself into the same knot of compulsions and desires.

‘COLLAPSE. Desiring Machine, Working Machine’ is the first chapter of a three-part project curated by Latitudes. The second part of COLLAPSE will take place at the Centre d’Art Tecla Sala, L’Hospitalet de Llobregat from November 23, 2018 (and on view until January 13, 2019). Titled ‘Schizophrenic Machine’, the third comprises a major new performance event which will take place on January 10, 2019, at an especially resonant – yet, for the moment, deliberately undisclosed – location in Barcelona.
Centre d'Art Contemporani de Barcelona - Fabra i Coats
c/ Sant Adrià, 20
08030 Barcelona
centredart.bcn.cat