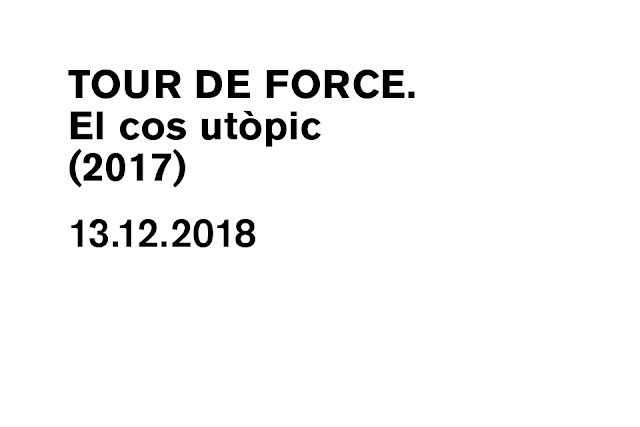 The reenactment is part of the live programme of six performances reactivated within Joan Morey's exhibition survey ‘COLLAPSE. Desiring Machine, Working Machine’ at the Centre d'Art Contemporani de Barcelona - Fabra i Coats (on view until January 13, 2019).

Each of the performances of the programme is extracted from their original context as studies or scenes from earlier projects and given an independent life. These live-action fragments encompass ritualistic exercises following the artist’s rules, tableaux vivants, and dramatic orations based on texts by the artist or by playwrights such as Samuel Beckett. Whenever possible the performances maintain their original interpreters, yet inevitably they are reinforced or degraded through their repetition, adding another layer to the artist’s exploration of control. 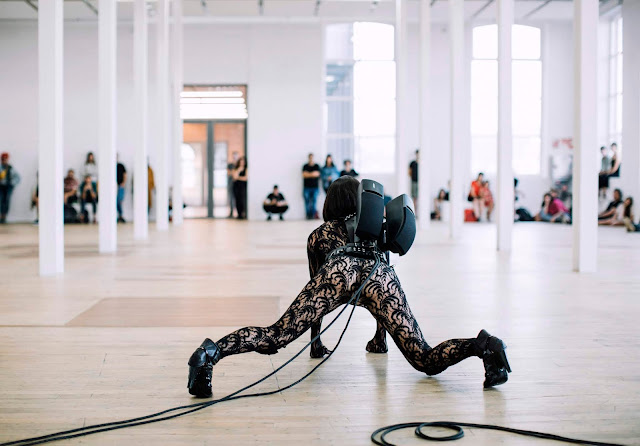 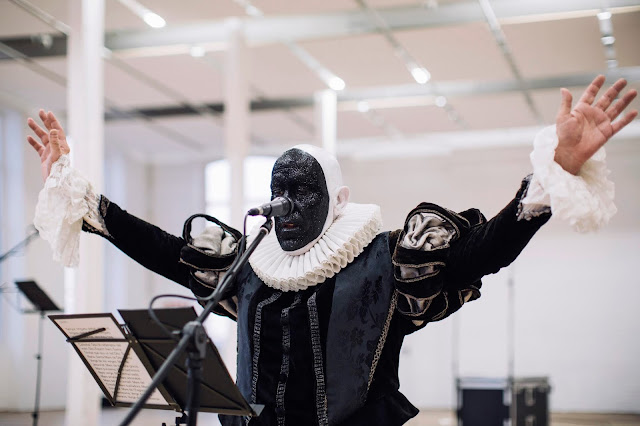 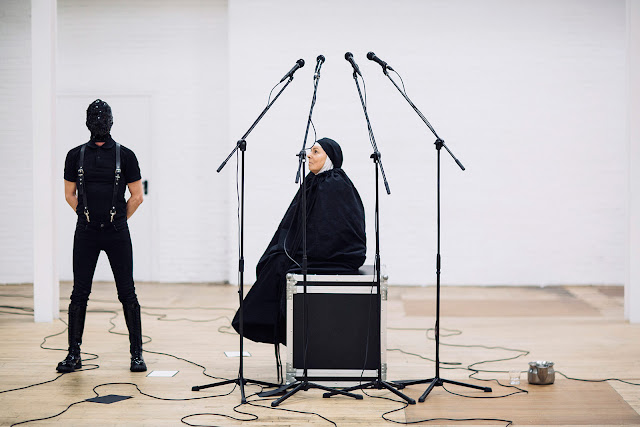 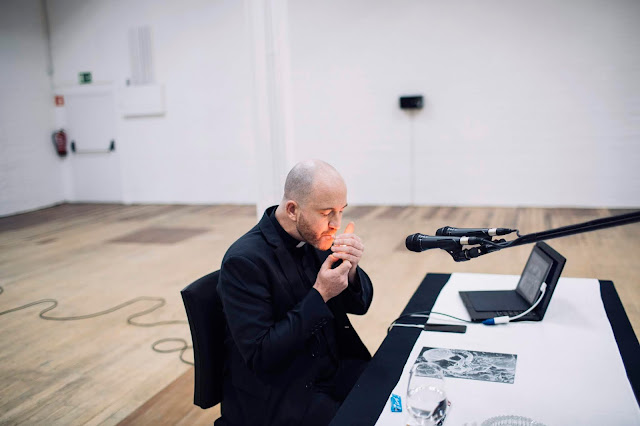 A dramatic extract from the fifth act of TOUR DE FORCE (2017), which has only previously been witnessed by an audience of six people in the setting of a white limousine driving on a route through Barcelona. The project as a whole puts together a conceptual history of the HIV/AIDS pandemic—from the fear and stigma surrounding diagnosis and infection in the 1980s and 1990s to the possibility today of its management and control via pharmaceutical compliance.

This performance corresponds to the latter historical context, addressing the complexities of understanding the disease in an epidemiological sense and as a symbolic phenomenon enmeshed with global governance, human rights, and civil liberties. A performer dressed in black leather garments makes a ritualistic reading from a mobile device, listing the dates on which new antiretroviral drugs have been approved for use in the US, beginning from 1987. The brand names of each of the medications join the litany of dates, and the pill trademarks are repeated as though they were figures worthy of veneration: Saint Genvoya, Saint Stribild, Saint Odefsey, etc.
The subtitle refers to a 1966 radio broadcast by the philosopher Michel Foucault, known for his histories of healthcare and sexuality, who in 1983 became the first public figure in France to die from an AIDS-related illness.
‘COLLAPSE. Desiring Machine, Working Machine’ is the first chapter of a three-part project curated by Latitudes. The second part of COLLAPSE will take place at the Centre d’Art Tecla Sala, L’Hospitalet de Llobregat from November 23, 2018 (on view until January 13, 2019). Titled ‘Schizophrenic Machine’, the third comprises a major new performance event which will take place on January 10, 2019, at an especially resonant – yet, for the moment, deliberately undisclosed – location in Barcelona.
Centre d'Art Contemporani de Barcelona - Fabra i Coats
c/ Sant Adrià, 20
08030 Barcelona
centredart.bcn.cat
RELATED CONTENT: