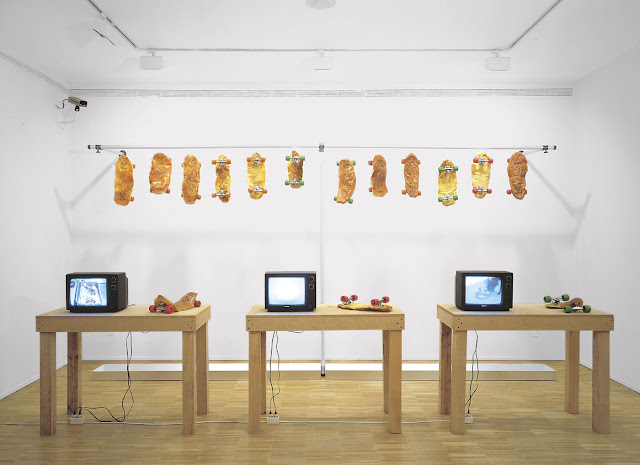 'I will fear no evil' presents works from the beginning of Hernández-Díez’s career in the late 1980s and early nineties – several of which have not been seen since they were first exhibited – in dialogue with Filamentos (2016), a new series developed especially for the occasion. 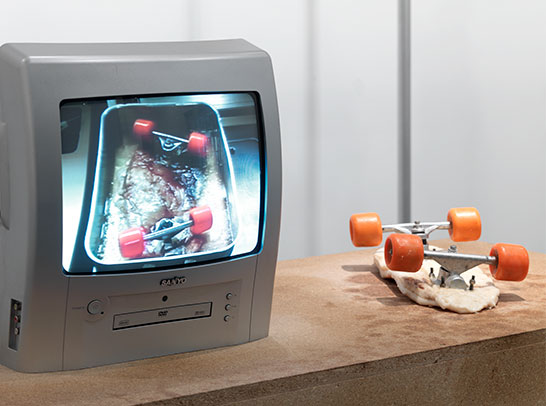 José Antonio Hernández-Díez, "La Hermandad", 1994. Video installation. ”la Caixa” / MACBA Collection.
The present exhibition looks back to Hernández-Díez’s first experimental works with video alongside early iconic screen- and vitrine-based works, including three of those presented at the time of his landmark first monographic exhibition 'San Guinefort y otras devociones', held in 1991 at Sala RG in Caracas. This exhibition heralded what the artist termed as a ‘New Christian Iconography’, offering – as artist-colleague Meyer Vaisman described – ‘a techno-pop view of Catholicism’s most beloved symbols’.

An newly text by Latitudes will be published in Spanish as No. 32 of the Quaderns portàtils (Portable Notebooks) series. This MACBA-produced collection is freely distributed and downloadable from the museum website in PDF and ePUB format. An English translation will also be available as a separate PDF.