Graphic identity of the art festival. Design: julia.studio.
‘Today Is Our Tomorrow’ is a collaborative, collective, and transdisciplinary festival initiated by Helsinki-based curatorial agency PUBLICS, produced in partnership with local and international organisations, initiatives and institutions. The programme will include a co-commissioned and collaboratively curated programme of temporary public art commissions, live performance, music, dance, theatre, literature and symposia, and will pilot in Club Kaiku complex in Kallio, an underground music venue renowned for hosting an innovative lineup of DJs, and the neighbouring spaces Kieku and Stidilä.
The 2019 edition of ‘Today Is Our Tomorrow’ is curated, commissioned, organised in collaboration with the Finnish partners: Academy of Fine Arts, Baltic Circle, Globe Art Point, IHME Helsinki, Kohta Gallery, Live Art and Performance Studies (LAPS), and Museum of Impossible Forms, and the international partners Index Foundation from Stockholm, osloBIENNALEN from Oslo, the Latvian Centre for Contemporary Art from Riga, and Latitudes from Barcelona.
The programme looks at ‘other’ versions of the present already being lived in Finland and globally: from Alternative futures to Indigenous-futures, to Afro-futures, to Asian-futures, to Eco-futures, to Bio-futures, to Queer and Feminist futures, and to non-hegemonic futures. 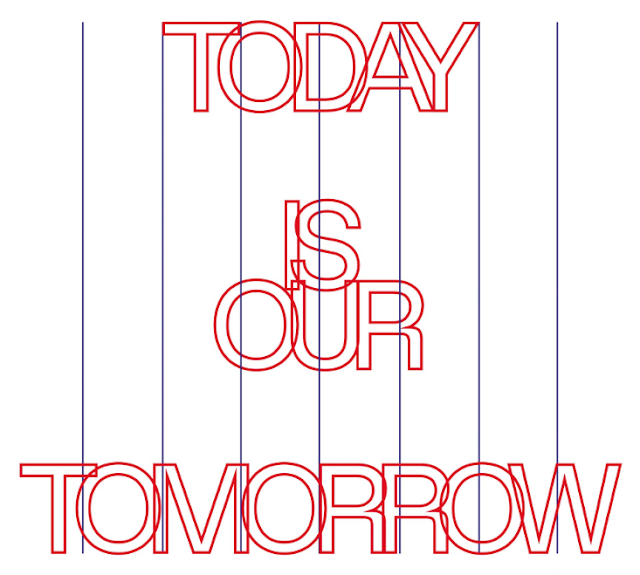 Graphic identity of the art festival.

At the invitation of PUBLICS to participate in the festival, Latitudes has invited Buenos Aires-born, Amsterdam-based artist Mercedes Azpilicueta to present her performance ‘Yegua-yeta-yuta’ at Kieku (ground loor, next to Stidilä) on Friday 13 September, 11–11:30pm. A day earlier, on Thursday 12 September, Latitudes will be in conversation with the artist at 5:30h also at Kieku.
‘Yegua-yeta-yuta’ (2015-ongoing) is an evolving solo performance by Azpilicueta that is part scripted, part improvised. Composed from a litany of hundreds of pejorative, abusive, and vulgar insults directed at women in Argentina, it transforms the everyday language of misogyny and harassment into a kind of tragicomic exorcism. Many of the words derive from the street slang of Buenos Aires, especially Lunfardo, a colloquial and cryptic dialect that first arose among working-class Italian-immigrant and tango communities in Argentina and Uruguay during the late 1800s. For example, yegua literally means a mare – a female horse, a slur for a “difficult” woman. A yeta is a person who brings bad luck, while a yuta is someone corrupt or unscrupulous, and slang for the police. Accompanied by a percussive beat, Azpilicueta reclaims the power to offend, distorting and distending the epithets into something powerful and playful rather than weak and degrading. Azpilicueta will perform to the beat of a new soundtrack produced for the occasion in collaboration with Chilean choreographer Rodrigo Sobarzo de Larraechea. 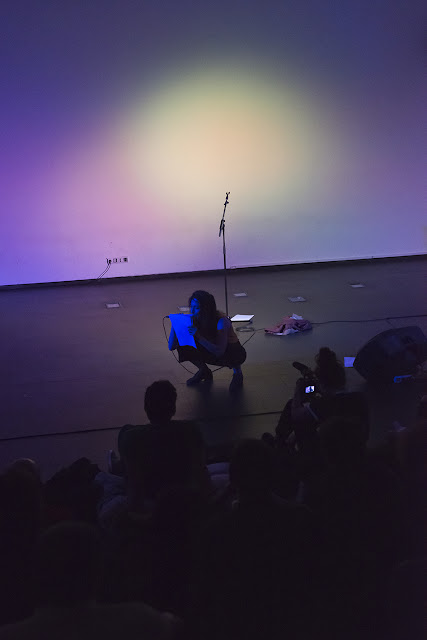 Mercedes Azpilicueta performing ‘Yegua-yeta-yuta’ during the 2017 CA2M Picnic Sessions, Móstoles (Madrid). Photo: Arantxa Boyero.
Mercedes Azpilicueta is an Argentine visual and performance artist based in Amsterdam. Her practice has spanned theatrical mises-en-scènes and video installations, textile sculptures and drawing, sound works and 3D animation. With a particular interest in notions of the vulnerable or collective body, and the primal or dissident voice, her works have drawn inspiration from sources as diverse as Baroque painting, text messaging, medieval tapestries, street slang, and literary fiction, as well as singular figures including the Italian art critic and feminist activist Carla Lonzi (1931–1982), the Argentine-French performance artist Lea Lublin (1929–1999), the French futurist Valentine de Saint-Point (1875–1953), and the Costa Rican-born Mexican ranchera singer Chavela Vargas (1919–2012). A major survey of Azpilicueta’s work to date, ‘Cuerpos Pájaros’ (Body-birds) was recently staged by the Buenos Aires Museum of Modern Art (November 2018–April 2019). In October 2019 she will present ‘Bestiario de Lengüitas’ (Bestiaire of Tonguelets), curated by Virginie Bobin, at CentroCentro, Madrid, an exhibition which will then tour to Museion, Bozen, and CAC Brétigny in 2020. Later in 2019, she will have a solo presentation as part of ‘Positions #5’ at Van Abbemuseum, Eindhoven. 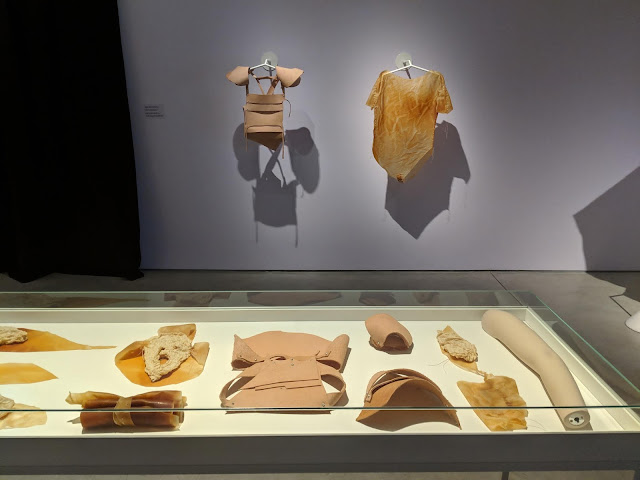 Running parallel during the same week (9–14 September), Latitudes will attend the ‘Gathering for Rehearsing Hospitalities’, a six-day event organised by Frame Contemporary Art Finland in which artists, curators, researchers, and audiences in the field of contemporary art ‘are invited to rehearse and debate hospitality towards diverse ways of knowing and challenging of dominant knowledges’. Alongside the public programme, Frame will arrange studio visits, one-on-one meetings and networking situations. 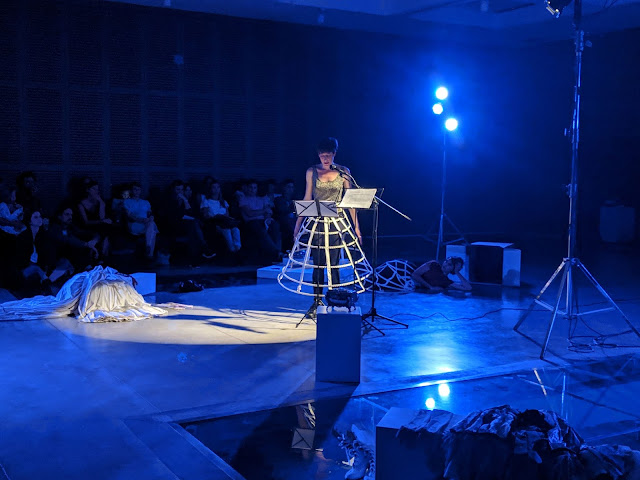 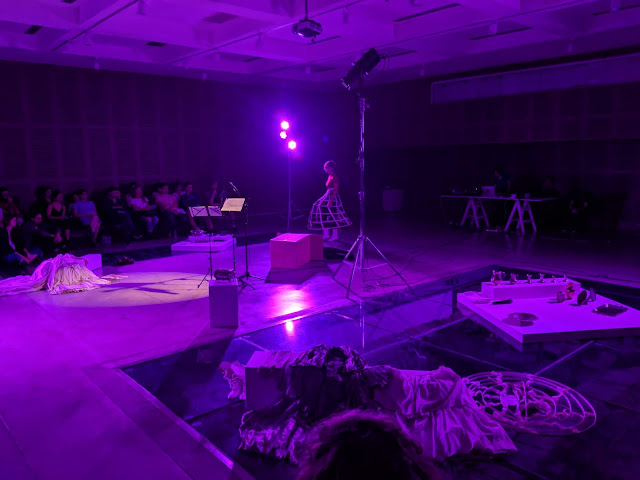