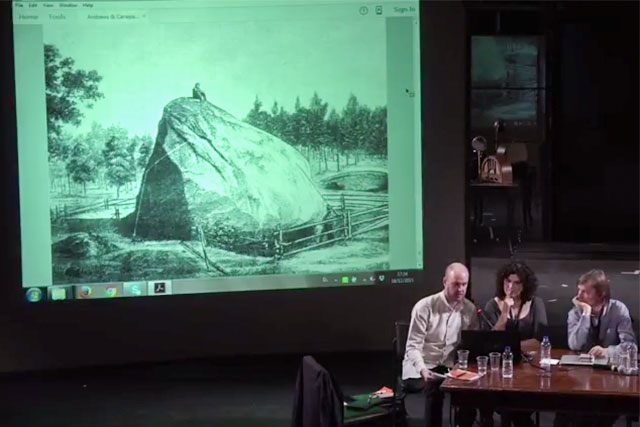 By way of introduced we discussed the “Near-Future Artworlds Curatorial Disruption Foresight Group”, the forum for megatrends and the future of institutions of contemporary art that has taken place in May 2015 at the Vessel / MADA (Monash Art Design and Architecture) 2015 International Curatorial Retreat in Bari, Italy; in August at Kadist Art Foundation, San Francisco, and in November at Eastside Projects, Birmingham, UK. We followed this with some geological speculation that in “digging deeper” both literally and figuratively, we perhaps find new institutional models. How do we think about artworks and institutions in terms of tens of thousands of years, for example.

See the video here (in English). 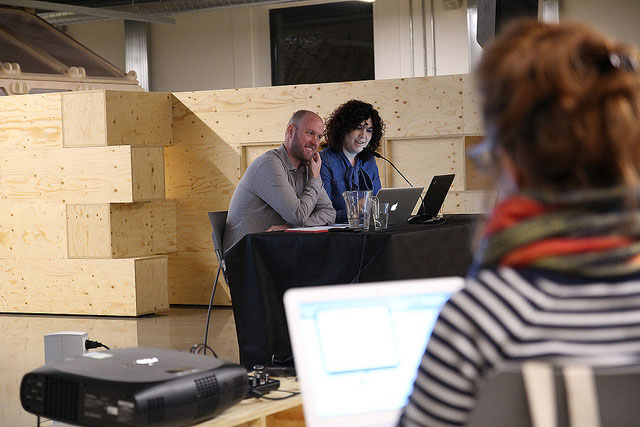 Also in November, Latitudes led the workshop “Beyond The Roundabout, or How Public Is Public Art?” for consonni/LaPublika at Tabakalera. As part of this Latitudes gave a public lecture. The workshop addressed the work of artists who conceptualize or actualize their works against a backdrop of vast stretches of time or topological change. In the public lecture we made various transects through our curatorial projects determined by the public sphere, raw materials and their transformation. “From the zinc which led to an Esperanto micro-nation, to the air of a Beijing shopping centre, or the dead trees of printed news, Latitudes will join some traits and ideas around ‘human resources’, extractive modernity, obsolescence and the carbon cycle.”

Hear the audio here (in Spanish).