“My idea is to take a stroll around the natural wonders of the city, its colonial past, imperial Brazil … and end on the beach.” Artist Daniel Steegmann Mangrané’s succinct recipe for the latest instalment of Incidents (of Travel), narrated by curator Catalina Lozano, led to a startlingly heady stew of a day in and around Rio de Janeiro.”

→ Continue reading
→ After February 2020, this story will be archived here 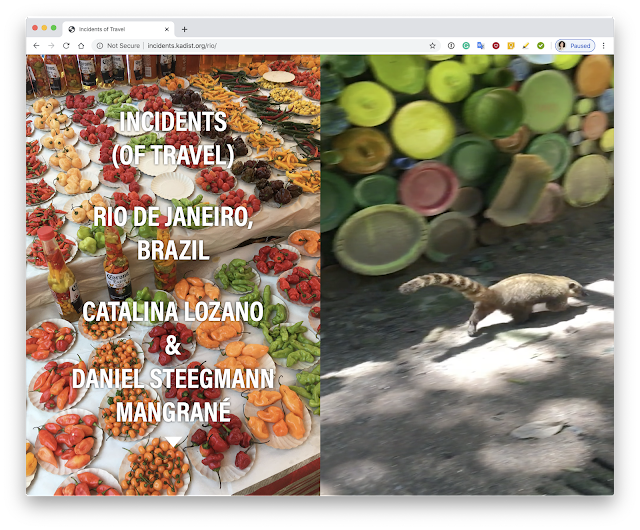 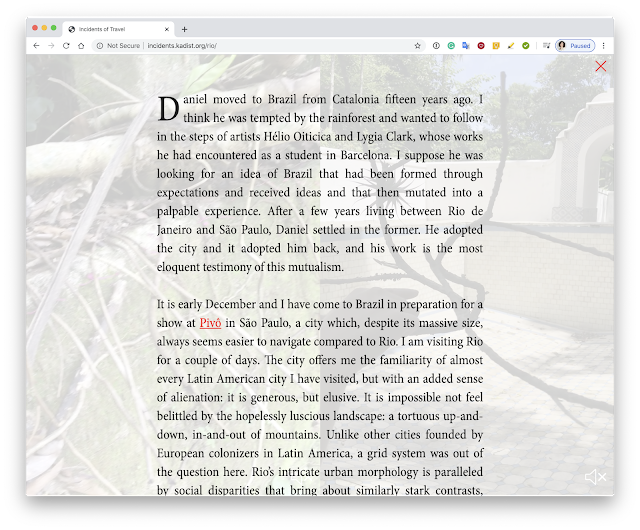 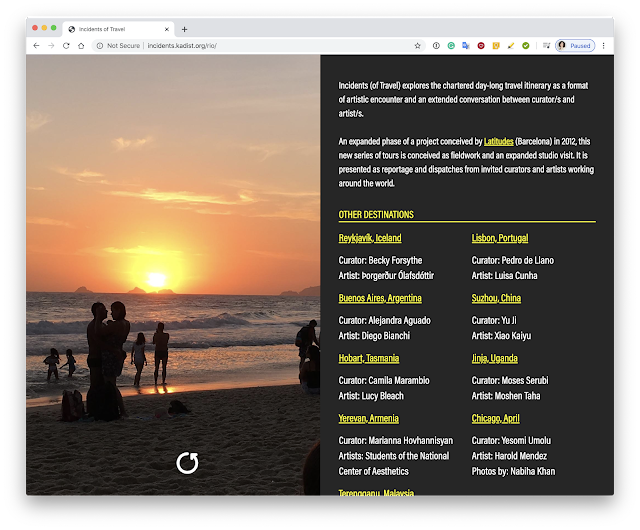