Photo: Courtesy Walker Art Center, Minneapolis.
'Beyond Interface' is the first interview of Latitudes' #OpenCurating project, which was awarded the first BCN Producció 2012 Research Grant. The inaugural interview was conducted with three key figures involved in the website of the Walker Art Center, Minneapolis, which is also the #OpenCurating content partner.

#OpenCurating interview with Robin Dowden, Nate Solas and Paul Schmelzer from the Walker Art Center, Minneapolis.
Robin Dowden (Director of New Media Initiatives), Nate Solas (Senior New Media Developer) and Paul Schmelzer (Web Editor), discuss the museum's new website – walkerart.org – relaunched in December 2011 following a two-year conceptual reboot and complete redesign. Styled as an online newspaper, the new site heralds a paradigmatic shift for innovative museum websites in creating an online platform with an emphasis on publishing while placing itself at the centre of generating conversations around content from both inside and outside the Walker’s activities.

The project is articulated around a series of ten new interviews with curators, artists, journalists and online strategists published as a free digital edition, a Twitter discussion moderated around the hashtag #OpenCurating and a finissage event in Barcelona (date TBA). 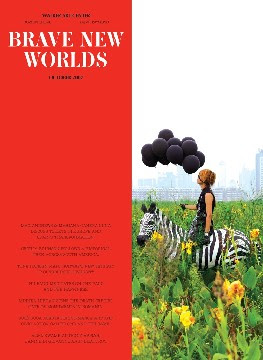 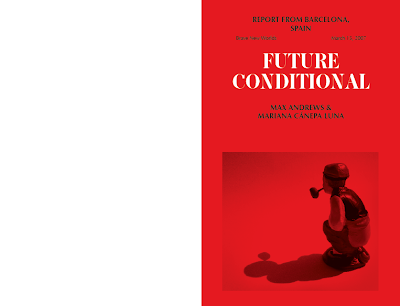 Addressing contemporary international art beyond glib expressions of globalism, the exhibition 'Brave New Worlds' assesses the current state of political consciousness and its multiple artistic manifestations in an era characterized by the unraveling of a unified world order. Guided by the questions “How do we know?,” How do we experience?,” and “How do we dream about the world?,” twenty four artists from more than a dozen countries in Southeastern Europe, South America, the Middle East, East Asia, North America, and North Africa propose their own answers in paintings, drawings, sculptures, installations, and videos.