Mon, Jun 18 2012
On June 2, after having visited Manifesta 9, we took the route towards the Belgian city of Kelmis-La Calamine, nearby the German and Dutch border, where we planned to launch the 'Amikejo' publication (Mousse Publishing, 2012) later that day. 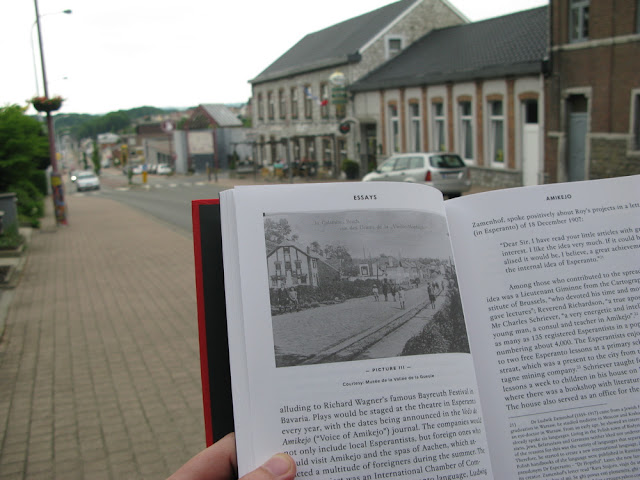 Entrance to Kelmis-La Calamine. Trying to match today with the archive material included in the publication. 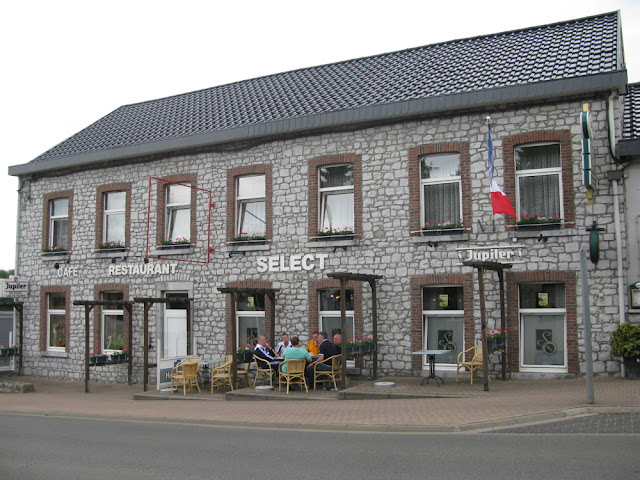 "The International Office for Travelling Merchants (‘Senpaga Internacia Oficejo por Komerco-Vojagxistoj’) was located in the Bergerhoff Hotel." (Hotel Bergerhoff was located on Luikerstraat, formerly Hasardstraat, in the place which today accommodates the ‘Select’ Café in Kelmis.)" in Ryszard Żelichowski, "Neutral Moresnet and Amikejo – The Forgotten Children of the Congress of Vienna", one of the texts in 'Amikejo' (Mousse Publishing, 2012. Edited by Latitudes). 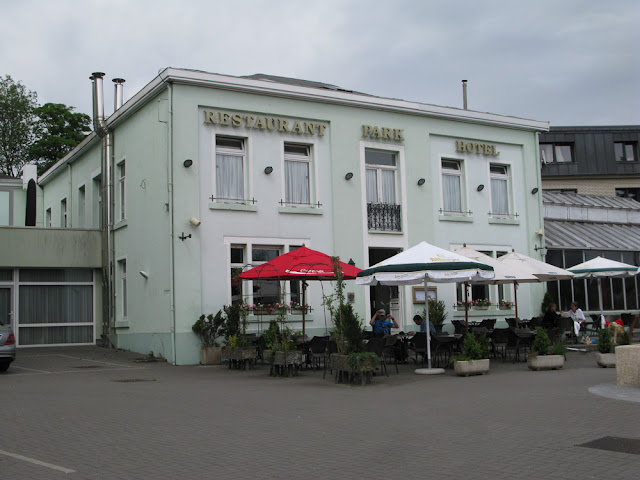 "There were as many as 135 registered Esperantists in a population then numbering four thousand. The Esperantists enjoyed the right to have two free Esperanto lessons in a primary school on Kerkstraat, which was a present to the city from the Vieille Montagne mining company. [Mr Charles] Schriever gave four lessons of Esperanto a week for children in his house on Kapelstraat, where there was a book shop with literature in Esperanto. The house also functioned as an office for the local Esperanto group and the venue for its meetings. The Esperantists’ guest houses were marked with a green star on their facades and the caption ‘Esperanta Gasttablo’; some of them survive to this day.
What is now Park Hotel in Kelmis, built in 1843, was once the Vieille Montagne Director’s villa. Situated in a beautiful private park and with a huge ball-room, it was presented to the Esperantists by Charles Timmerhaus, the penultimate Director of the company, in 1907." in Ryszard Żelichowski, "Neutral Moresnet and Amikejo – The Forgotten Children of the Congress of Vienna", one of the texts in 'Amikejo' (Mousse Publishing, 2012. Edited by Latitudes).