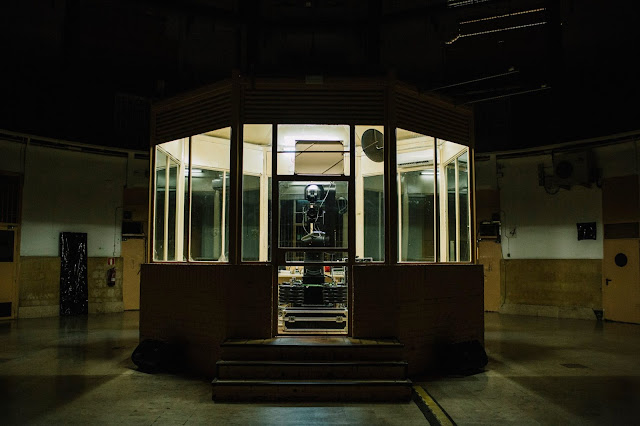 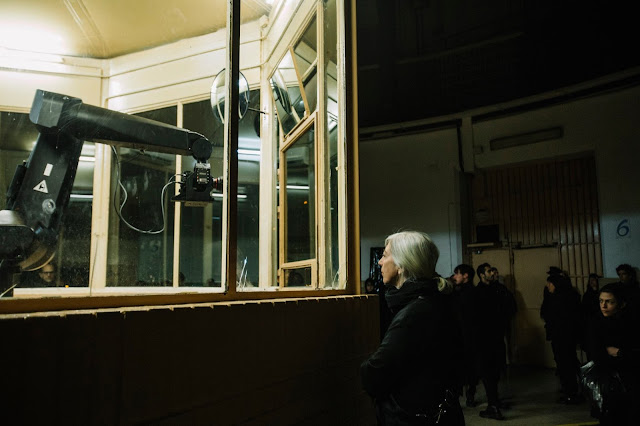 ‘Schizophrenic Machine’ was the closure of the three-part project ‘COLLAPSE’ by Joan Morey. This new site-specific performance took place on January 10, 2019, in the former prison La Modelo, a location that was kept in secret up until the 113 guests were driven in coaches from either Centre d'art Contemporani - Fabra i Coats, or the Centre d'art Tecla Sala.
The audience previously registered to attend the closed-door performance and agreed to comply with the strict dress code. The performance script integrated the 1904 chilling architecture of the prison through voice and technological devices such as drones, surveillance cameras, strobe lighting, and an architecture scanning laser. Each one activated and deactivated the building's memories making ‘Schizophrenic Machine’ be Morey's first performance with no human actors as protagonists. ‘Schizophrenic Machine’ continued Morey's long-standing exploration of power structures and control of the body. 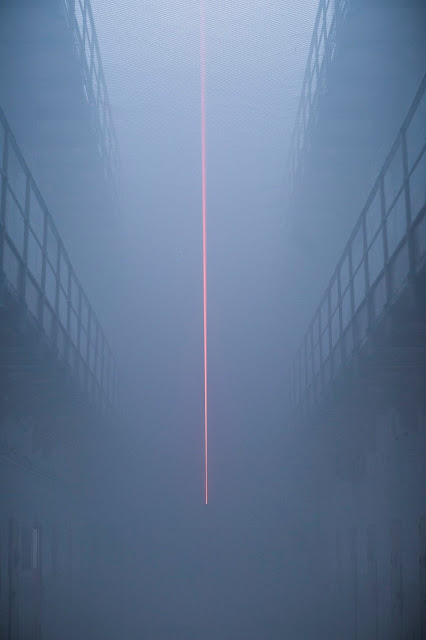 ‘Schizophrenic Machine’ took the physical and discursive past of La Model as a scenario for performance where bodies were not acting and the protagonist was the architecture itself. The Panopticon-inspired prison was inaugurated on June 9, 1904, and was conceived as a model for the Spanish penitentiary system: an example of the reintegration of criminals into society through discipline, isolation and religious morality. La Model was one of the main sites of political repression and social control in the city. Followers of all political persuasion passed through its cells, aside from common criminals, yet during the long totalitarian dictatorship of General Franco (1939–1975), it was especially notorious as a site for the repression of political dissidents. La Model closed on June 8, 2017, 113 years after its inauguration. 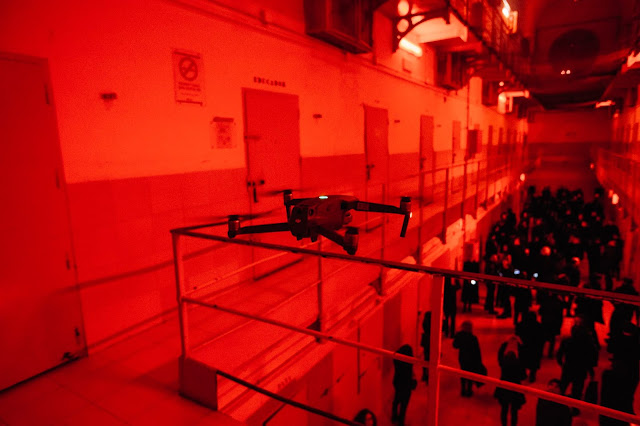 ‘Schizophrenic Machine’ took over the unoccupied building and created a phantasmagoric presence that activated and deactivated its own memory. Conceived as an all-encompassing experience the event took on a singular awareness of the building and the site. The sequential dramatisation of its radial spaces articulated a dystopian representational device. A cast of technological interpreters —voices, sound, lights, cameras, drones and other devices— took the place of performing bodies. Moreover, the panopticon architecture itself seemed to address spectators through a female voice that spoke on the principles of control, power and the paradigm of a surveillance society. La Model became a schizophrenic machine, an imperious disciplinary mechanism for the 21st century.

Produced by the Contemporary Art Center of Barcelona - Fabra i Coats as the third and final part of the ‘COLLAPSE’ project. 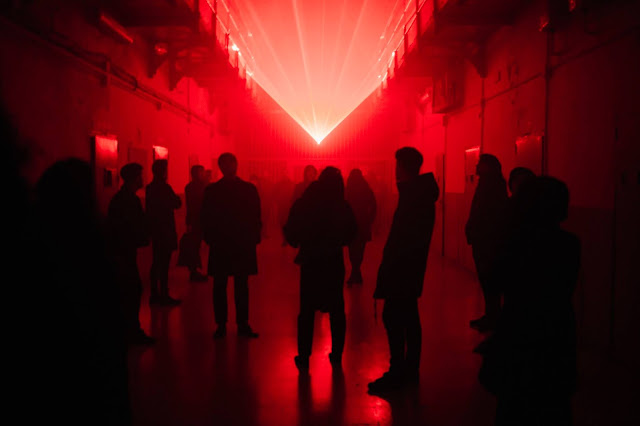 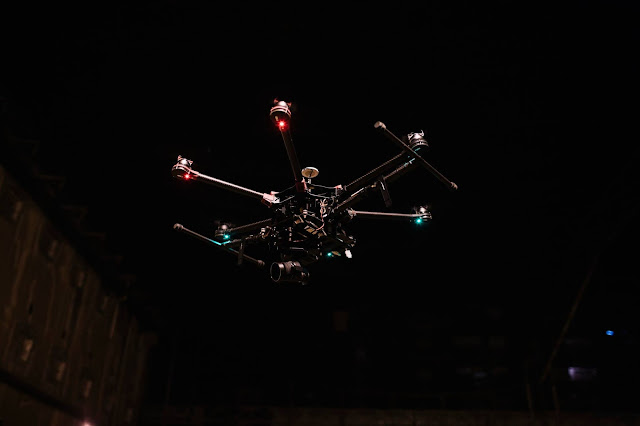 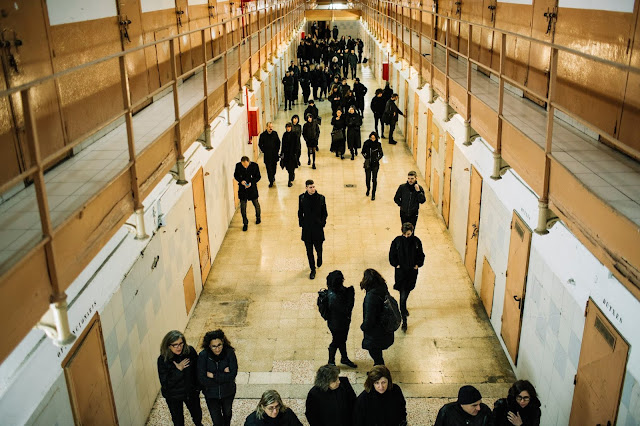