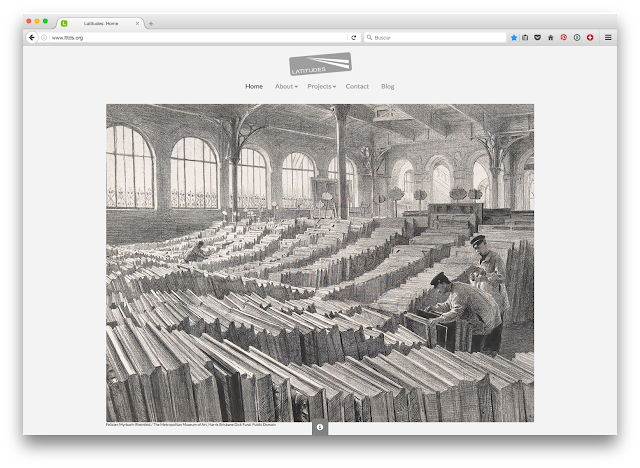 http://www.lttds.org
The January 2017 Monthly Cover Story is now up on www.lttds.org – after January it will be archived here.
"The first issue of frieze of 2017 includes “Salon Selectives”, an article by Latitudes’s Max Andrews that, with a wink to sassy 1980s hair care, asks “how open are open calls?”. The text is accompanied by this astonishing drawing from the collection of The Metropolitan Museum of Art by Felicien Myrbach-Rheinfeld entitled Candidates for Admission to the Paris Salon (c.1900)." Continue reading...
Cover Stories' are published on a monthly basis on Latitudes' homepage and feature past, present or forthcoming projects, research, writing, artworks, exhibitions or field trips related to our activities. 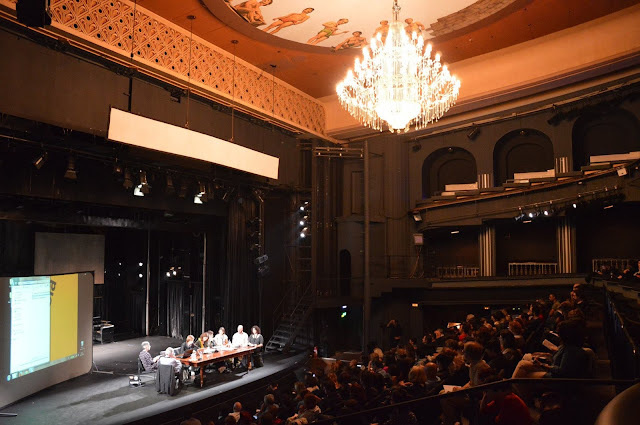 International Summit Synapse 1 at New Rex of the National Theatre of Greece. 'Session II: Rethinking Institutions': (from left to right) Leo Panitch, Maria Hlavajova, Adam Szymczyk, Amalia Zepou (moderator), Hilary Wainwright, Emily Pethick, Latitudes (Max Andrews & Mariana Cánepa Luna) © Eva Galatsanou.
The above picture by Eva Galatsanou was taken during 'Session II: Rethinking Institutions' one of the Summit panels that launched OMONOIA, the Athens Biennale 2015–2017. Latitudes participated in this panel on November 18, as one of the speakers. Our current Cover Story on Latitudes' home page features this event at the National Theatre of Greece, New Rex.

Below some more photos of that day and the working group meetings that took place at the former Bageion Hotel (18 Omonoia Square) on November 19, 2015. 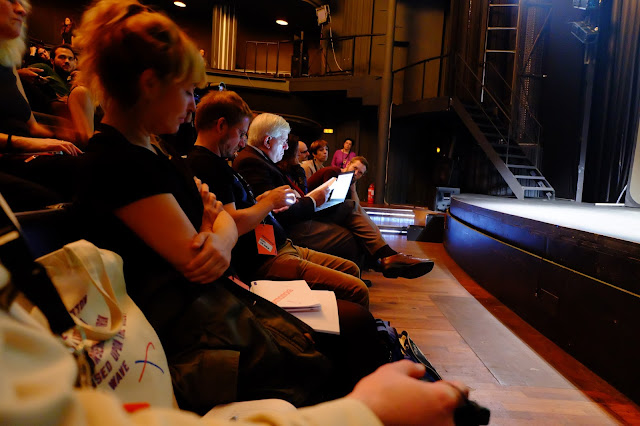 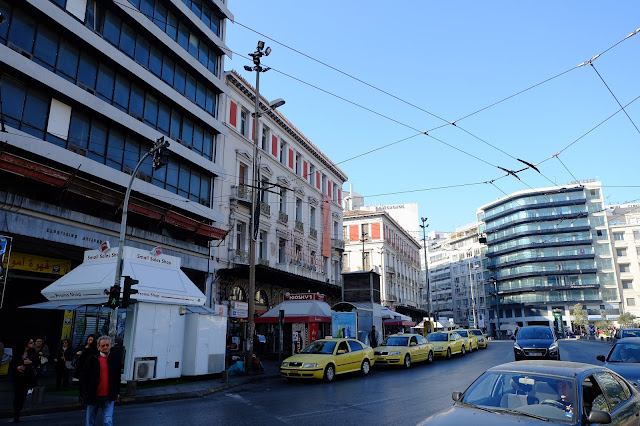 Omonoia Square. On the left the Bageion Hotel (with the orange banner), HQ of the Athens Biennial 2015–2017. 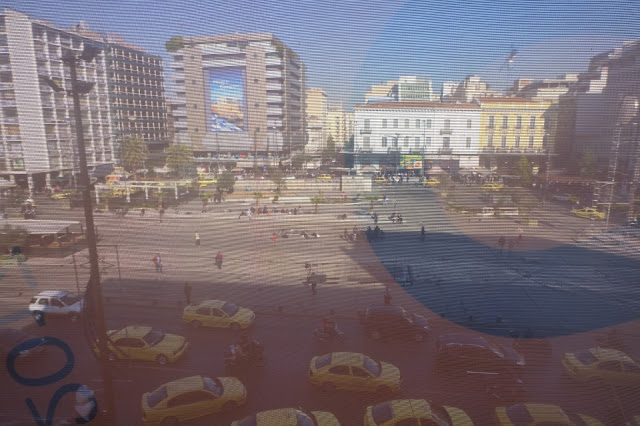 Omonoia Square from the first floor of the Bageion Hotel. 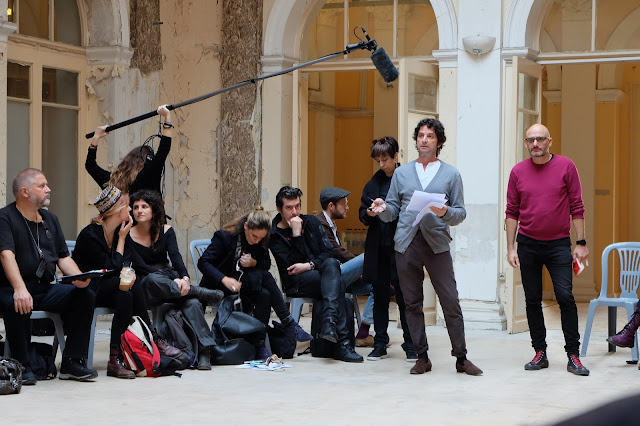 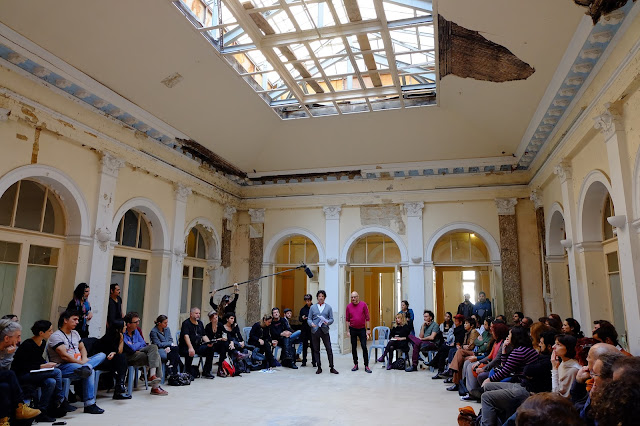 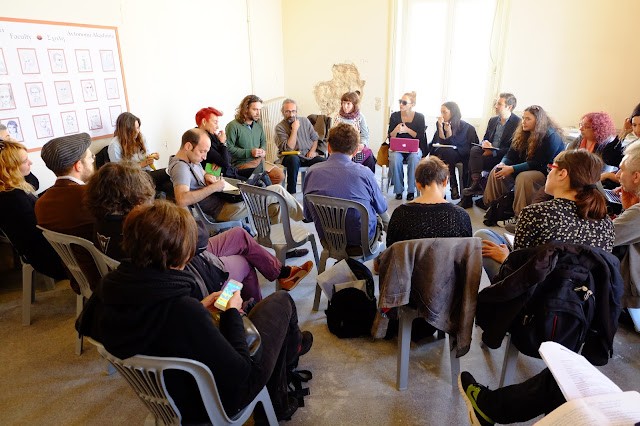 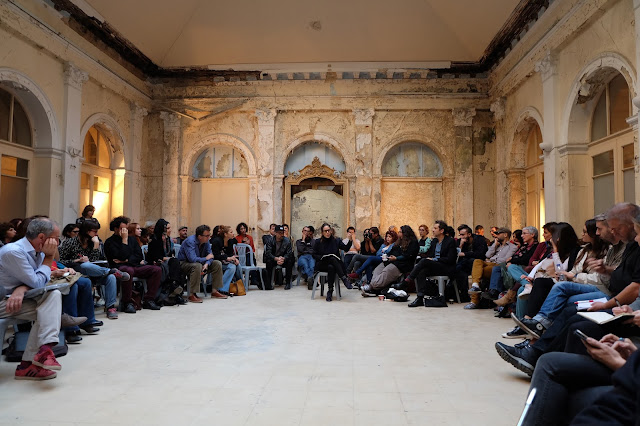 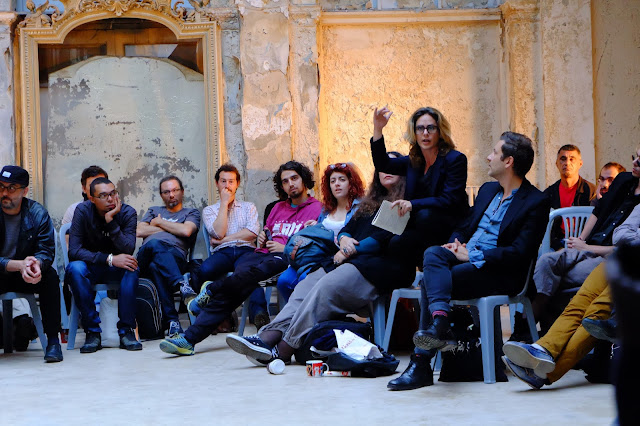 Potent voices like that of Tsomou raised questions about a proposed 'open' biennale format and the possible (in)adequacy of visual arts to host activism. "I do my activism in the street" – she exclaimed. (Tsomou has recently interviewed Adam Szymczyk (artistic director of documenta 14) for DIE ZEIT – download here.) 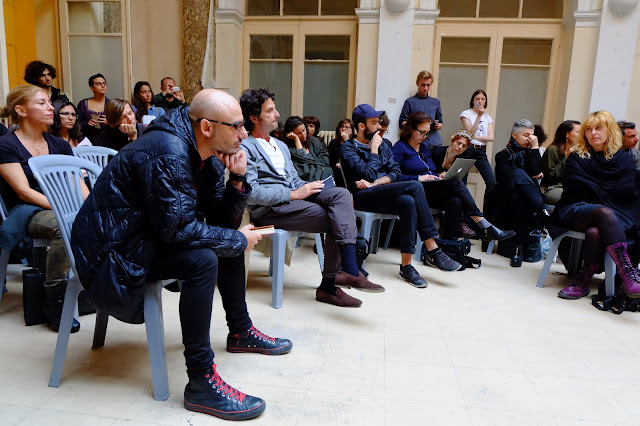 Other speakers were more direct in their pragmatism and asked the forum "What do we have? Do we have a hammer? Do we have chairs?" to which Mollona and Poka-Yio responded the biennial has the Bageion Hotel building and in-kind sponsorship for production, everything else has to be decided and invented collectively for the next two years. 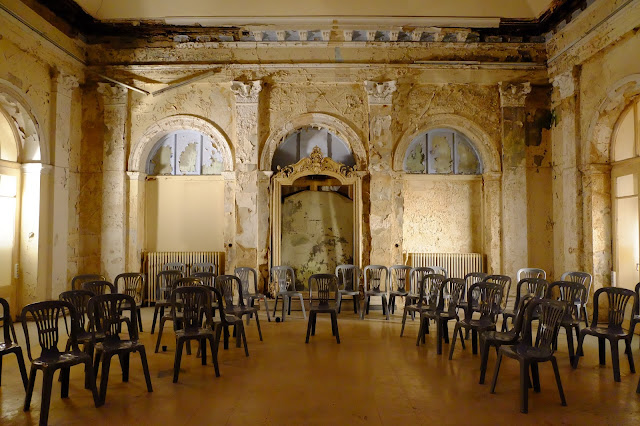 End of the Open Assembly at the Bageion Hotel. 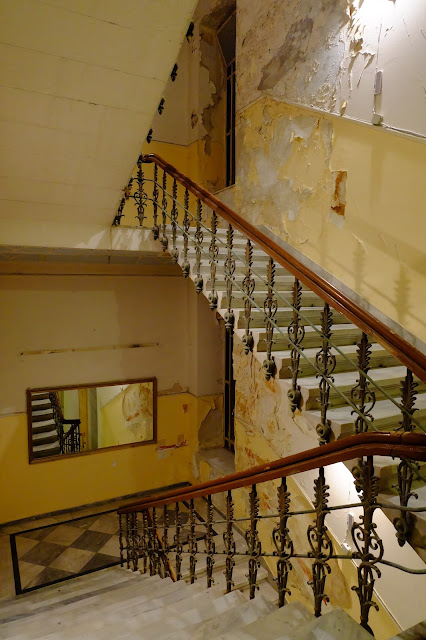 Stairs of the Bageion Hotel. 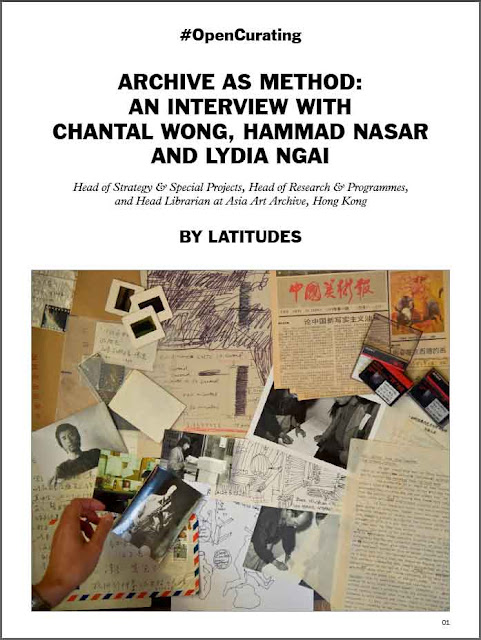 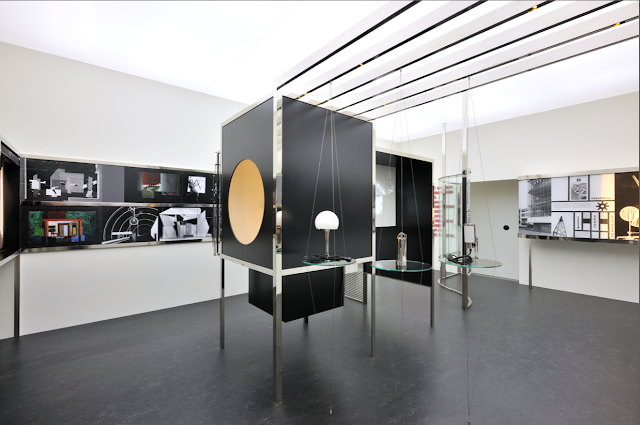 Play Van Abbe, Part 2: Time Machine (10 April–24 September 2010). Curated by Steven ten Thije (guest curator) and Diana Franssen, Curator and Head of Research. Exhibition view of: Raum der Gegenwart, (1930) 2009 scale 1:1, various materials. Installation: 430 x 860 x 610 cm. Collection Van Abbemuseum, Eindhoven, The Netherlands. Photo: Peter Cox, Eindhoven, The Netherlands.
As Research Curator at the Van Abbemuseum, in Eindhoven, the Netherlands, Steven ten Thije is part of the team of one the first public museums for contemporary art to be established in Europe. Under the directorship of Charles Esche since 2004, the museum has defined itself through "an experimental approach towards art’s role in society", where "openness, hospitality and knowledge exchange are important". Ten Thije is also a lecturer and researcher at the University of Hildesheim, Germany, where he is studying for a doctorate in the genealogical analysis of the exhibition curator. He was co-curator of the Spirits of Internationalism (Van Abbemuseum, 2012), and alongside Esche, with curators Christiane Berndes, Annie Fletcher, and Diana Franssen, he was guest curator of Play Van Abbe (2011). Subtitled The museum in the 21st Century, this was a four-part multifaceted programme of exhibitions, research and events in which the Van Abbemuseum reflected on the meaning and role of the art museum. Using its collection to articulate questions about the public's reaction to art and its contexts, the Van Abbemuseum probed its own history and purpose alongside how cultural production has reflected the social and political dynamics of the last twenty years.
–